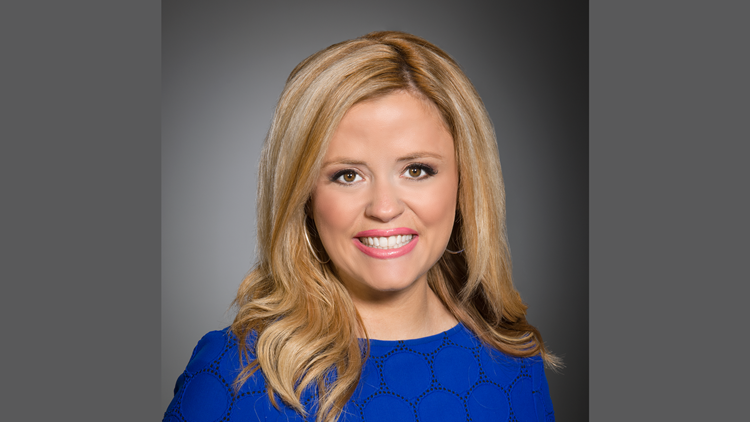 Andrea Mock is an Anchor for WLTX-TV in Columbia, SC, anchoring both the morning and 5 p.m. newscasts.

Andrea has been a journalist for more than 15 years, but when she joined the WLTX team in 2007, she knew she was HOME!

Andrea came from WNWO in Toledo, OH where she was as an Anchor and Reporter. Prior to that she was the Anchor and Executive Producer of the morning shows at WDTV in Clarksburg/Morgantown, WV. She also served as an Anchor and Field Producer for "News Ohio" a weekly civics program on PBS. In her decade in the news business, Andrea has won several awards including three regional Emmys.

Andrea always calls herself a nerd as she loves American history and doing research. She spent two years at Ohio University in the Scripps Howard School of Journalism. She transferred to Kent State University to specialize in broadcast news. There, she received several honors including President's List for 4.0 GPA, Dean's List, Golden Key National Honor Society, the Journalism Alumni Scholarship, and the Gene Stebbins Journalism Scholarship.

According to Andrea the best day of her life was, October 13, 2009 when she became a mother. She said, "The greatest gift God has ever given me is my son and hands down being Brady’s mom is the most important job I’ll ever have!”

Brady spent much of his first year in and out of Palmetto Children’s Hospital, and after he got well, Andrea promised a local charity called Happy Wheels that she would repay the kindness they showed her. She now volunteers and serves on the board which gives a brand new toy to every child at the state’s three largest children’s hospitals once a week.

She is incredibly active in her community. If you live in the Columbia area, chances are you’ve seen Andrea hosting, or emceeing an event. She volunteers her time with Heroes in Blue, the American Cancer Society, March of Dimes, Sustainable Midlands and the Alzheimer’s Association. On top of that she says, she rarely misses a local festival that has anything to do with food!

In her spare time, you can find Andrea cheering on the Gamecocks or sitting on the sidelines watching Brady play basketball and baseball. They are members of St. Joseph’s Catholic Church.