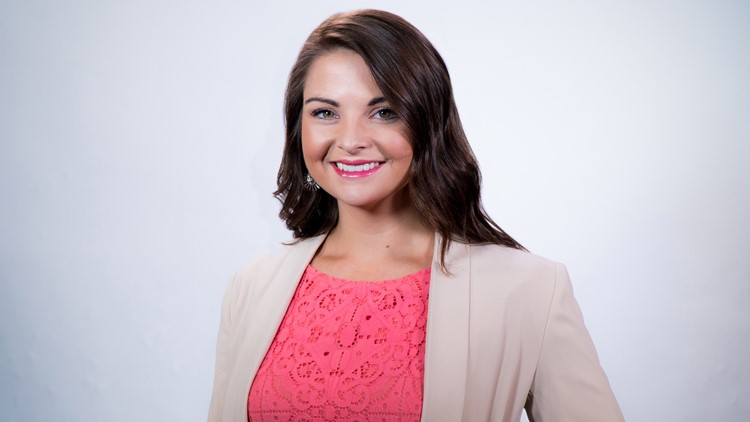 Jenna Kurzyna is a Multi-Skilled Journalist and Anchor at WLTX-TV in Columbia, SC where she covers a range of topics as general assignment reporter. You can also find her on Saturday mornings as the 11 a.m. co-anchor and show’s producer.

From one Carolina to the next, Jenna joins us from the Tar Heel State. She joined the News 19 team in June 2018 and loves continuously learning more about the Midlands. Prior to joining WLTX she worked in Wilmington, NC at WWAY News. Wilmington was her college town and home for 4 years. While in Southeastern, NC Jenna covered a wide variety of topics including a major water concern, GenX. In the summer of 2017 the contaminated water story broke and Jenna covered dozens of stories on the water crisis including interviewing Erin Brockovich.

She also covered a national story on a missing 3-year-old girl, Mariah Woods that took over headlines across the country.

Jenna graduated from UNC-Wilmington in May 2017 with a bachelor’s degree in communication studies and a minor in journalism. Before graduating, Jenna started working part-time at WWAY as an intern and then later transitioned into a full-time reporter after graduation.

Jenna was born in Florida but considers herself a North Carolinian after moving at such a young age. She loves to travel and be outdoors. When she is not at work you can find her hiking or exploring new cities.