Grabbing a drink, eating tacos, and listening to live music -- it’s now something you can do in the middle of the Austin airport. 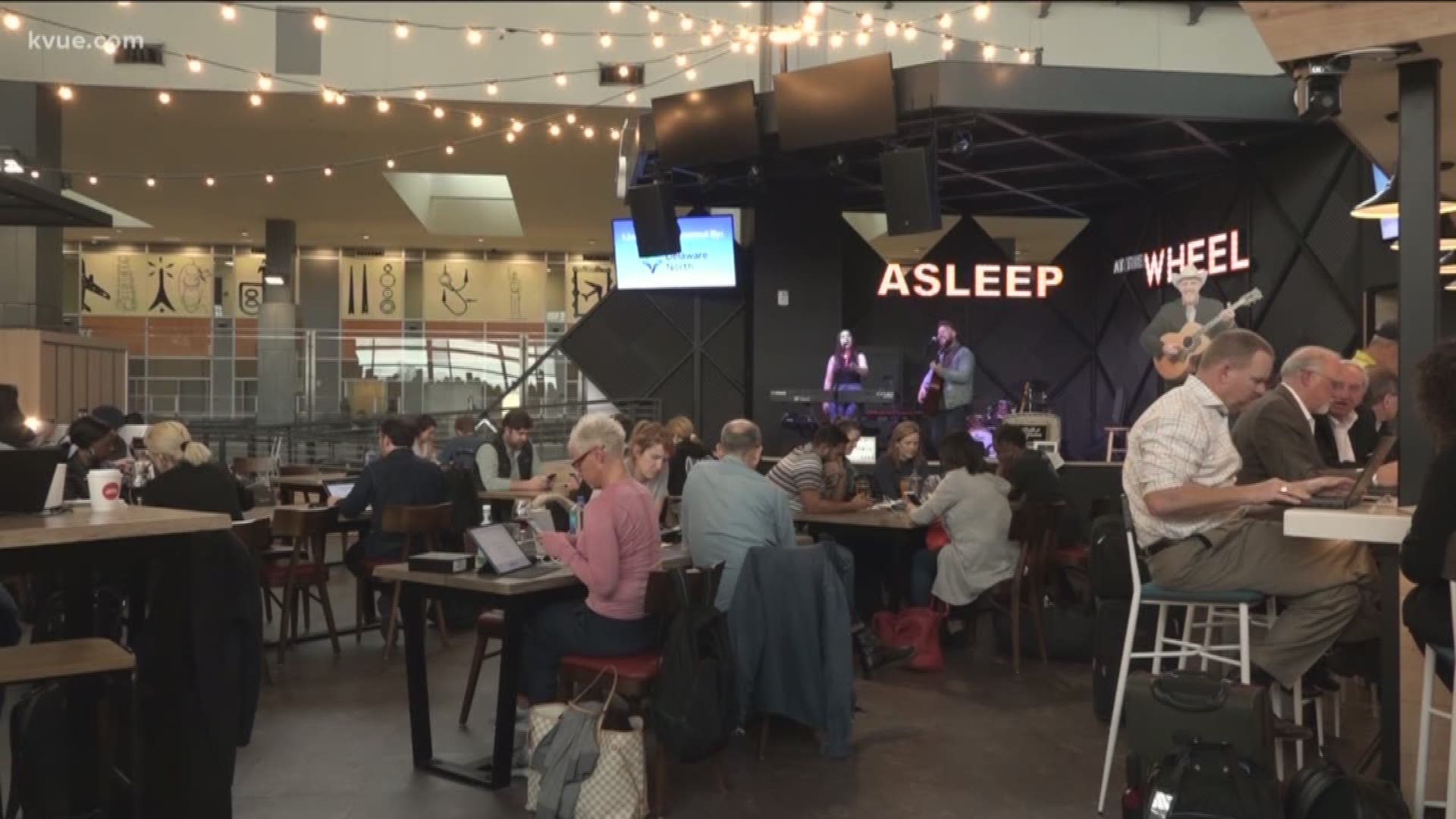 AUSTIN, Texas — With the new addition to the Austin Bergstrom International Airport (ABIA), visitors and natives alike can find a little of what's to love about the capital city.

There’s live music you'd hear at any popular venue, tacos served from a food truck and drinks at a favorite Austin spot. It's easy to think you're touring the streets of Austin, especially with the bleacher seating, but when you look around it’s all in the middle of a busy airport.

“Austin's known for its live music and spaces like this, and it's kind of bringing a little bit of that into the airport,” said Eric Camardelle, visiting Austin. “It feels different for an airport. Normally airports are really boring places that no one likes to spend a lot time at, so being at a space like this kind of makes it exciting and fun.”

“They got entertainment, places to charge your phone; people can sit down and this an interim before you leave the airport,” said David Mims, visiting Austin.

Just follow the music and the spinning guitar and you'll find the Heart of Austin venue in an unlikely place. It's the newest live music performance area in the airport, and after a year of construction, it's finally open to travelers, giving them a taste of the live music capital of the world.

“We wanted to take that live music experience while they're here in Austin and what better place to start than the Austin airport?” said Derick Hackett, ABIA spokesperson.

With a larger space that seats nearly 200 people, it's good news for local musicians too.

“It's really nice we get to play a little louder now, which is awesome because we used to have to play quiet,” said Jordan Burchill with the duo Beth//James.

“It sort of feels like you're outside on an awesome patio -- it's a nice vibe,” said Mikaela Kahn with the duo Beth//James.

Hackett said there will be a total 25 performances on the music stage per week.