Broadway set to return to Columbia in the fall

A year after canceled Broadway productions, tours will return to cities across the country in the fall, including Columbia. 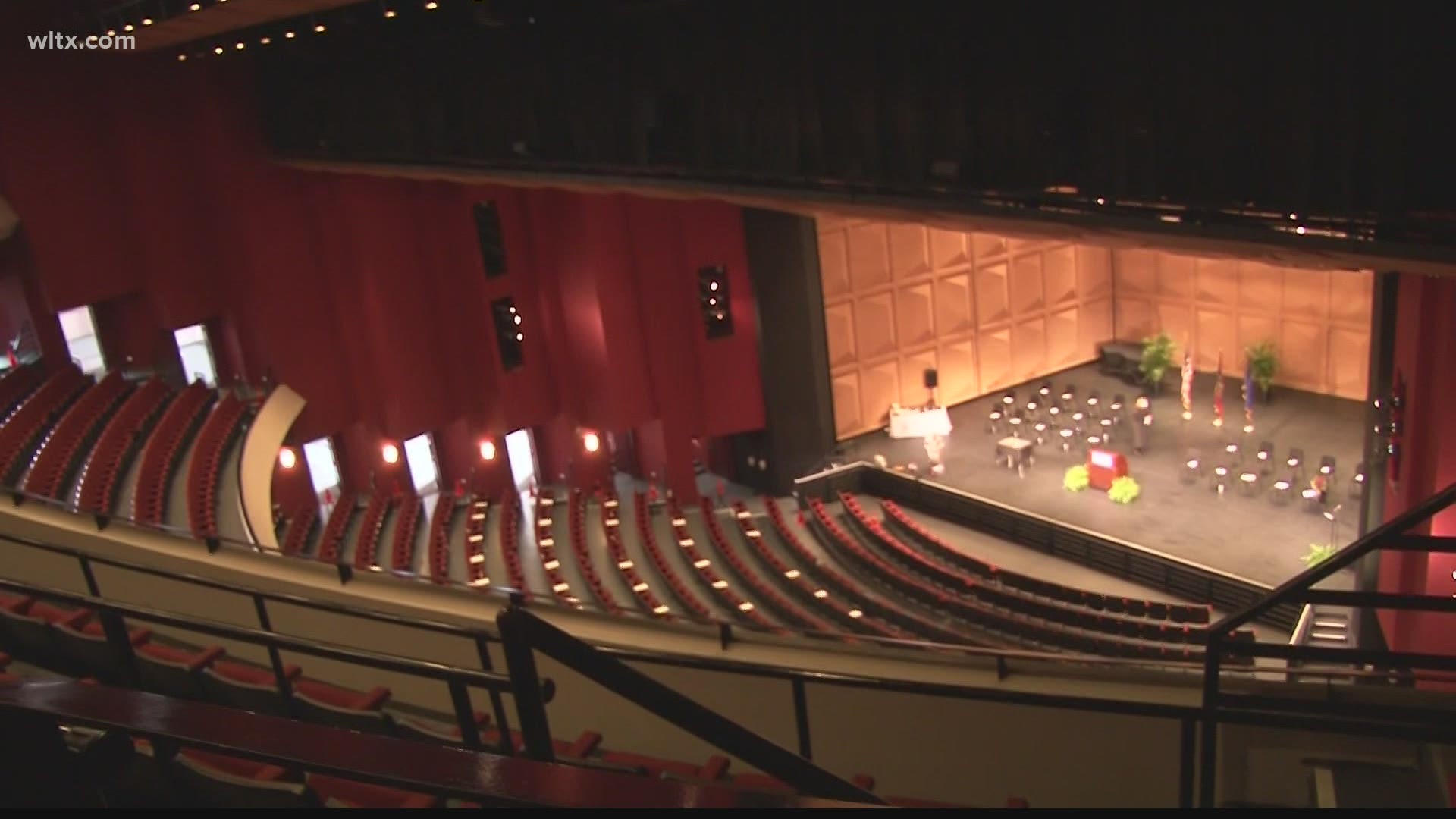 COLUMBIA, S.C. — After the pandemic halted Broadway shows around the country, tours are once again scheduled to take stage in the fall of 2021.

Koger Center for the Arts hosts dozens of off-Broadway shows each year, but the pandemic put a pause on curtain call last year.

Nate Terracio, Director of Koger Center, said that COVID-19 restrictions, such as mass gathering limitations, made it difficult for the venue to have any shows.

“National tours don't usually come out if you can't host something close to full capacity," said Terracio. "It's not economically viable to go out on tour. I think that we feel really wonderful to sit with an audience in the theater, starting this fall, and get to enjoy really high quality national touring acts — it will make everything feel just a little bit happier a little bit more normal as currently.”

The 2021-2022 season will bring shows like The Lion King, Waitress, Cats, and Fiddler on the Roof to Columbia.

Broadway in Columbia not only benefits the Koger Center, but also supports the city by bringing more people to the Midlands.

“The shows just don't attract folks in Columbia," said Carl Blackstone, President and CEO of the Columbia Chamber of Commerce. "They attract people all over South Carolina and neighboring states as well”

Blackstone told News 19 the city took an economic hit last year because of the pandemic. He said Broadway in Columbia would help make up for lost revenue.

"It’s exciting to hear that Broadway is coming back," Blackstone said. "It'll only help those folks that really got hurt the most. We just missed out on the sales taxes, and combination of the sales and hospitality tax. We're slowly coming back! It's a great economic boom for for Columbia, and I think on average, if they have a good show, they may bring 50,000 people to one run so that's incredible number of people."

To see show dates and times at the Koger Center for the Arts, click here.