Fat Tuesday will have a different look for Mardi Gras 2021

Carnival krewe captains need to submit detailed plans on how they will comply with COVID-19 guidelines to the City of New Orleans by December 5. 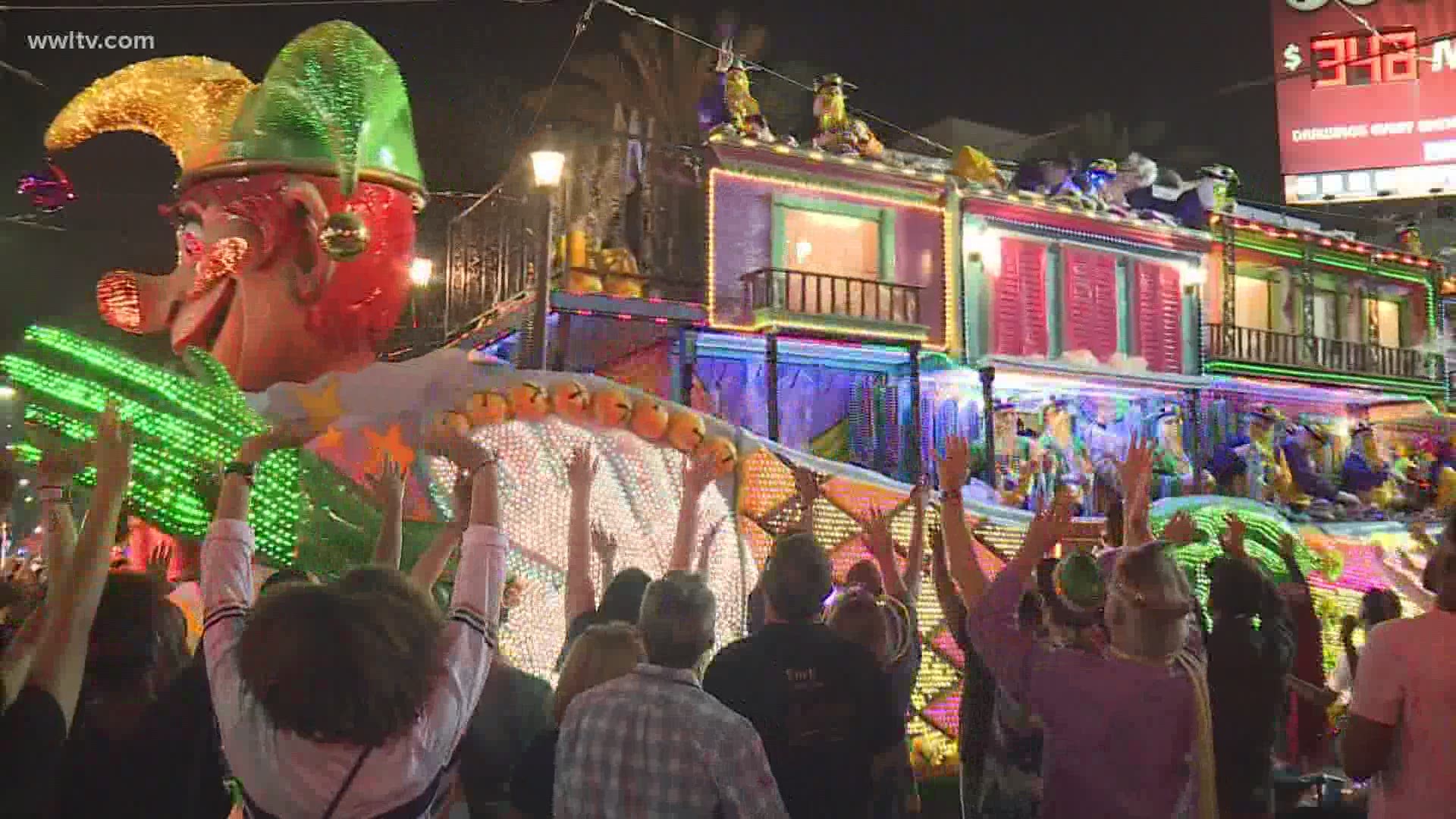 NEW ORLEANS, Louisiana — Fat Tuesday is officially three months away and that typically would bring in huge crowds to celebrate. That will likely not be the case here for Mardi Gras 2021 so what will carnival look like?

They're planning to march in up to 10 parades, including Endymion.

As far as Endymion is concerned, we want to do everything we would normally do," said President of Endymion, Dan Kelly.

Kelly said they are working on final touches to their floats now.

"We have everything ready to go and we're just hoping to negotiate things with the mayor to make it all happen for us," Kelly said.

Earlier this month, members of the Mayor's Mardi Gras advisory council offered recommendations like limiting alcohol consumption for riders and parade goers, asking tourists to get tested for COVID-19 before coming to town, and making riders stand six feet apart on floats .

"The good news is the city is willing to work with them being some sort of celebration. The bad news is there's so many restrictions, it's going to be almost impossible," said Carnival Historian, Errol Laborde.

Laborde explains that social distancing on floats will either force krewes to reduce ridership or add floats.

"When some of these captains have to look at the economic realities, they have some issues to work out and maybe the better alternative is to not have a parade," Laborde said.

"If you can only have 100 people at your ball and you normally have 500, it raises the same issue, is it worth it," Laborde said.

A spokesperson for Governor John Bel Edwards office sent this statement:
"It would be purely speculative today to say we know what Mardi Gras will look like next year. So much depends on the caseload this winter, which we know is on the increase, and the status of our hospitals and health care system then. We will continue to work with local officials in the coming months to discuss Mardi Gras and other celebrations and gatherings."

Carnival krewe captains need to submit detailed plans on how they will comply with COVID-19 guidelines to the City of New Orleans by December 5.

Monday, the mayor announced they want community feedback for Mardi Gras 2021 planning too.

"This input will be reviewed by the City's public safety and public health team for feasibility, safety, and other considerations. It will ultimately be used to inform the City's planning efforts about how to safely celebrate the Carnival season in New Orleans," the news release from the city said.

How to Submit Your Idea:
Send an email to mardigras@nola.gov before Dec. 5, 2020, at 11:59 p.m.
• Submit as much detail as possible – descriptions of how something would work, sketches, diagrams – anything to explain the concept.
• Clearly indicate how you will prevent unstructured crowds of strangers.
• Clearly indicate any other safety protocols or features of your idea.
• Clearly indicate how it could be scaled up/down based on possible public health guidelines in place at the time of the event.Visit nola.gov/mayor/2021-mardi-gras for full details and updates.

RELATED: Mardi Gras not cancelled but will be 'different' in 2021, city says