Snow in South Carolina? Just for one night

Newberry residents wandered to Memorial Park for the bubble machine that is creating the illusion of snow. 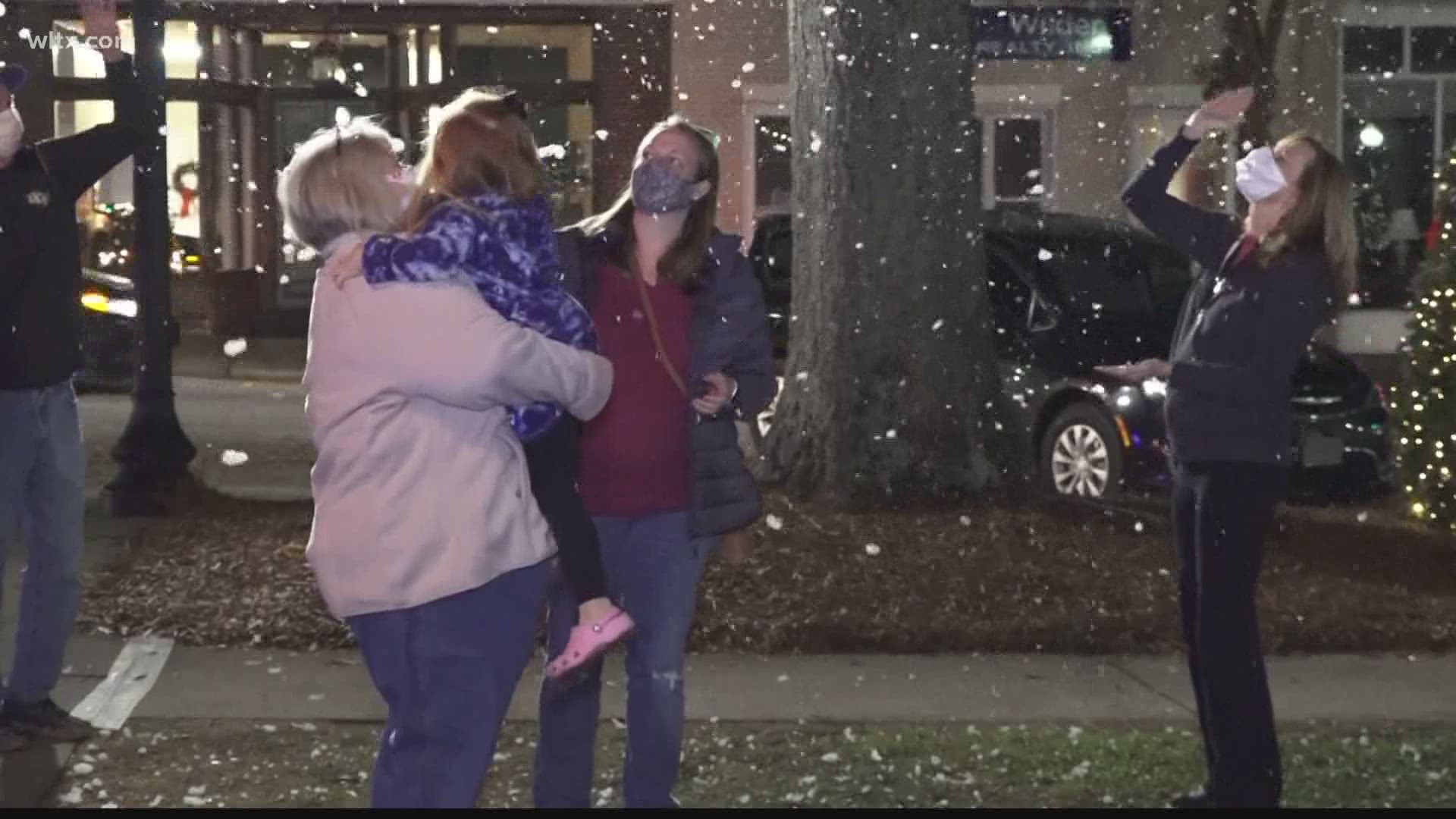 NEWBERRY, S.C. — South Carolina may not be the place that usually gets covered in snow, but a Christmas display in the City of Newberry makes it feel like a winter wonderland.

"I picked the baby up from daycare, and we were coming to the city to see the lights as we went home," said Teresa Rutherford. "We saw the snow, and the kids ask me if we could stop to see it."

Newberry residents got a snowy surprise Wednesday night as they wandered to Memorial Park for the bubble machine that is creating the illusion of snow. It's a tradition families look forward to during the holidays.

"We come every year!," said Rutherford. "I didn't know when it was happening this year because it normally happens on Friday night."

Bryan and Tammi Husk are here from South Sioux City, Nebraska, to visit their grandkids. They say they are used to having snow during Christmas, but this is perfect for everyone to enjoy.

"It gives them an idea of what it's like. I think it's good for them," said Bryan Husk.

"Kids need to experience as close to a White Christmas as they can, and this works," said Tammi Husk.

While people are getting ready for Christmas in a few days, one family is prepping some special friends for the big day.

"The kids wanted to show their elves around downtown, before they went back to the north pole tomorrow night," said Julie Calry.

"You don't get to see snow a lot around here," said Julie Calry.

RELATED: 4-year-old boy with cancer gets his Christmas wish -- a jeep parade