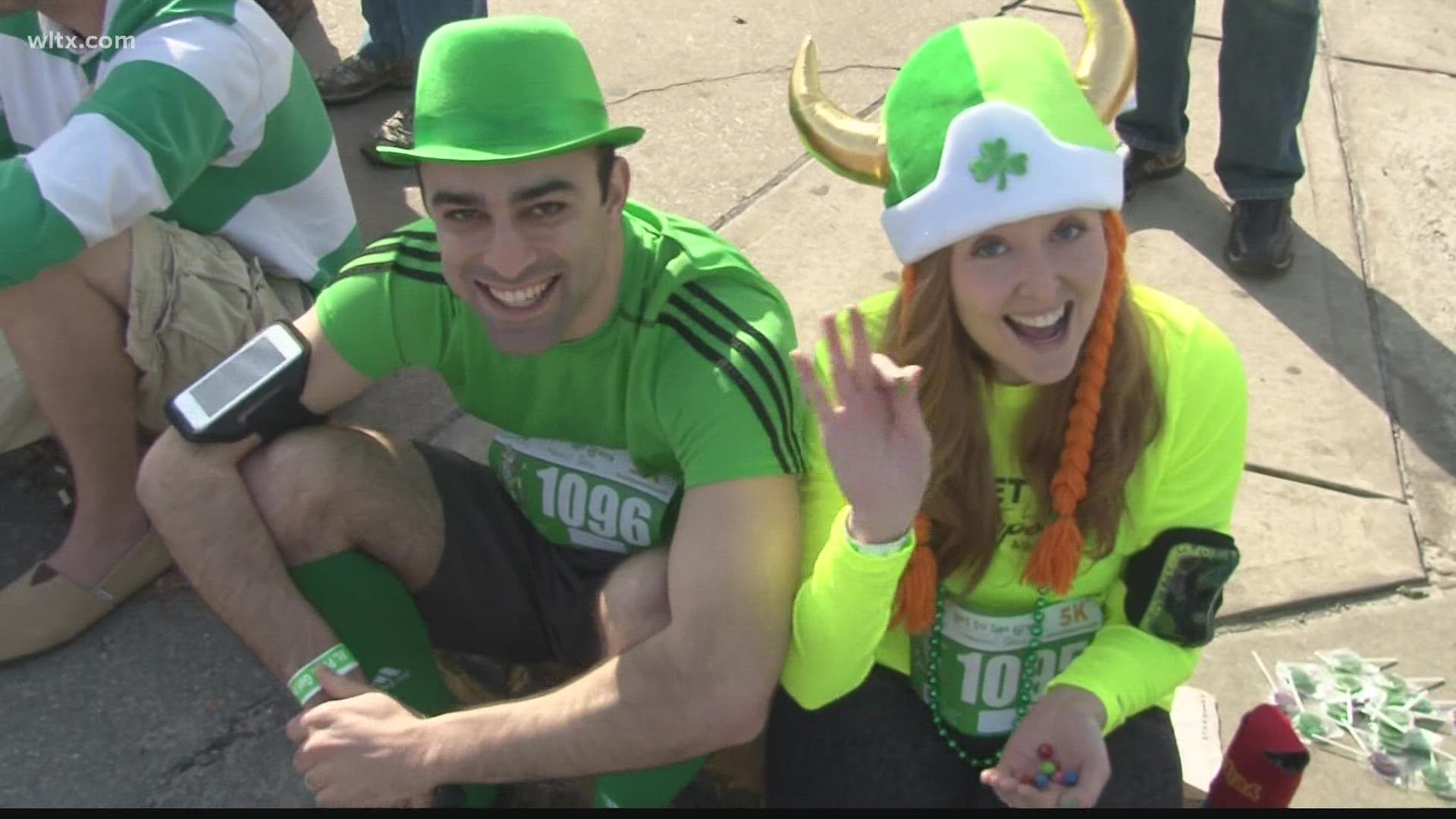 COLUMBIA, S.C. — It had been cancelled twice because of the COVID-19 pandemic, but on March 19, 2022, St. Pat's in Five Points returns to celebrate everything Irish.

The date will also mark the popular festival's 40th anniversary.

Five Points' St. Patrick's Day Festival was originally organized by restaurant owners Duncan McCrea (Yesterday's) and Steve Gibson (The Peddler Steak House) along with Chuck Pettit of the Columbia Jaycees and Tony Latella of PYA Monarch. The four businessmen thought up the idea of the celebration in an attempt to counteract the effect that Savannah's St. Pat's festival was having on Columbia's entertainment district.

Over the years, the Five Points St. Pat's festival has grown into the Southeast's largest one-day St. Patrick's Day event with an average of 45,000 attendees.

The 2022 event will bring back the Get to the Green 5K, 10K and 1-mile Family Fun Runs, the St. Pat's Parade down Devine Street, five stages of live music, artisan craft and food vendors, the family-oriented Pot O Gold Playland, green beer and more.

Proceeds from the festival -- averaging $40,000 each year -- are donated to local charities.

Steve Cook, Five Points Association President, said, "It is exciting and serendipitous that the return of St Pat's falls on the 40th Anniversary of the first festival and serves as a great reminder of the event's unprecedented longevity and rich history of supporting local charities."