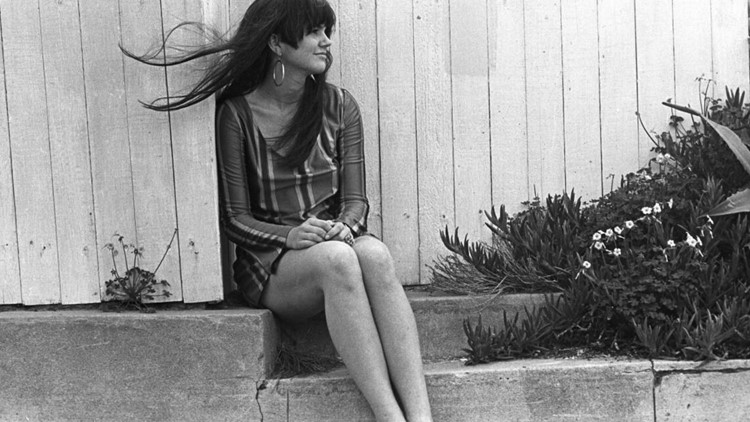 ST. LOUIS — Linda Ronstadt could sing just about anything. Just ask Dolly Parton, who lays that quote on the audience as the new documentary, Linda Ronstadt: The Sound of My Voice, begins.

She really was a singing marvel, and this documentary's central purpose is to remind the viewer she was much more than just "Blue Bayou" and "You're No Good." From rock and roll to gospel to country to power ballads to Mexican ballads, Ronstadt sought it out and nailed it. When it came to singing, possible wasn't a part of the plan with; Ronstadt wanted to do it and do it well.

For the majority of Rob Epstein and Jeffrey Friedman's documentary, we are taken on a tour of Ronstadt's career and see all the highlights of the ride. She charted 30 albums, sung on 120 albums, and sold over 100 million records. While she was good at every kind of singing, Ronstadt constantly doubted herself. According to one producer, "she was confident in her ideas, but she wasn't confident in herself or her singing."

The world disagreed big time. When asked how she did it and more importantly why she did it, the singer said it was because the music was all she heard growing up. Her dad, Gilbert, sang tunes for the whole family when Linda was a kid living in Tucson, Arizona. She is living proof that a child can be a product of their environment, with her being one of the more uplifting stories of that particular variety.

That's what Ronstadt did with her music. She didn't just bring down the house with her tunes-one fellow musician jokingly dreaded having to follow her act at a concert-she helped many others find their footing and loved singing with her friends. For her, it was a celebration of the process, not truly the end result. She didn't crave the large stadiums and gigantic crowds; Linda enjoyed the more intimate theaters and smaller music houses where there was a connection.

Ronstadt's story is partially bittersweet, due to the fact that in 2011, the world was robbed of her voice when she announced being diagnosed with Parkinson's Disease, thus ending her career. It is a condition that destroys a person's muscular movements, and for Ronstadt, that meant the inability to hit those high notes that she was so well known for. When talking about it, a close friend and fellow singer said it wasn't the loss of songs or albums that hurt Ronstadt, but the fact that she could no longer sing with her friends.

Imagine having a gift unlike any other, and suddenly, it was taken away. The Parkinson's diagnosis may have put a damper on Ronstadt singing forever, but as the documentary informs, there is plenty of her voice to go around. From the mid 1960's to 2009, when she played her last live concert, all she did was sing, sing, and sing some more. It was like she knew one day it would be gone, so there was no time to be wasted.

I'll be honest and say I knew only of the more well-known hit songs when it came to Ronstadt's music catalog before I hit play here. The deeper layers, including all the forays into different genres, were foreign to me. I bet it is the same way for many people in their 30's and 40's, so this documentary can hopefully enlighten many of the ferocious voice that changed the music landscape. When she started, the arena for female artists was a limited one and not an area many wanted to venture into. By the time she departed, it was common place. One could say Ronstadt made solo female artist domination possible.

It's no secret why one saw younger singers like Carrie Underwood and Sheryl Crow singing her songs at the 2013 Rock and Roll Hall of Fame induction for Ronstadt. She's a legend, if a slightly lesser known one.

That was Linda Ronstadt: powerful singer, communal artist, and an underrated pioneer. One of the more touching moments comes near the end, when a retired yet not quiet Ronstadt sings a Mexican love ballad with her cousin and nephew. Struggling to keep up with halfway functioning pipes, Ronstadt is a tower of strength. Proof that music sticks in the soul for good.

Documentaries are at their best when they are telling an interesting story that not enough people know about. You can add Linda Ronstadt: The Sound of My Voice to that list of highly worthy documentaries.

It hit St. Louis theaters this weekend. Stop listening to Ed Sheeran and go see it.