Michael Rooker, who's also been on 'The Walking Dead,' joins the group of famous folks who'll be there. 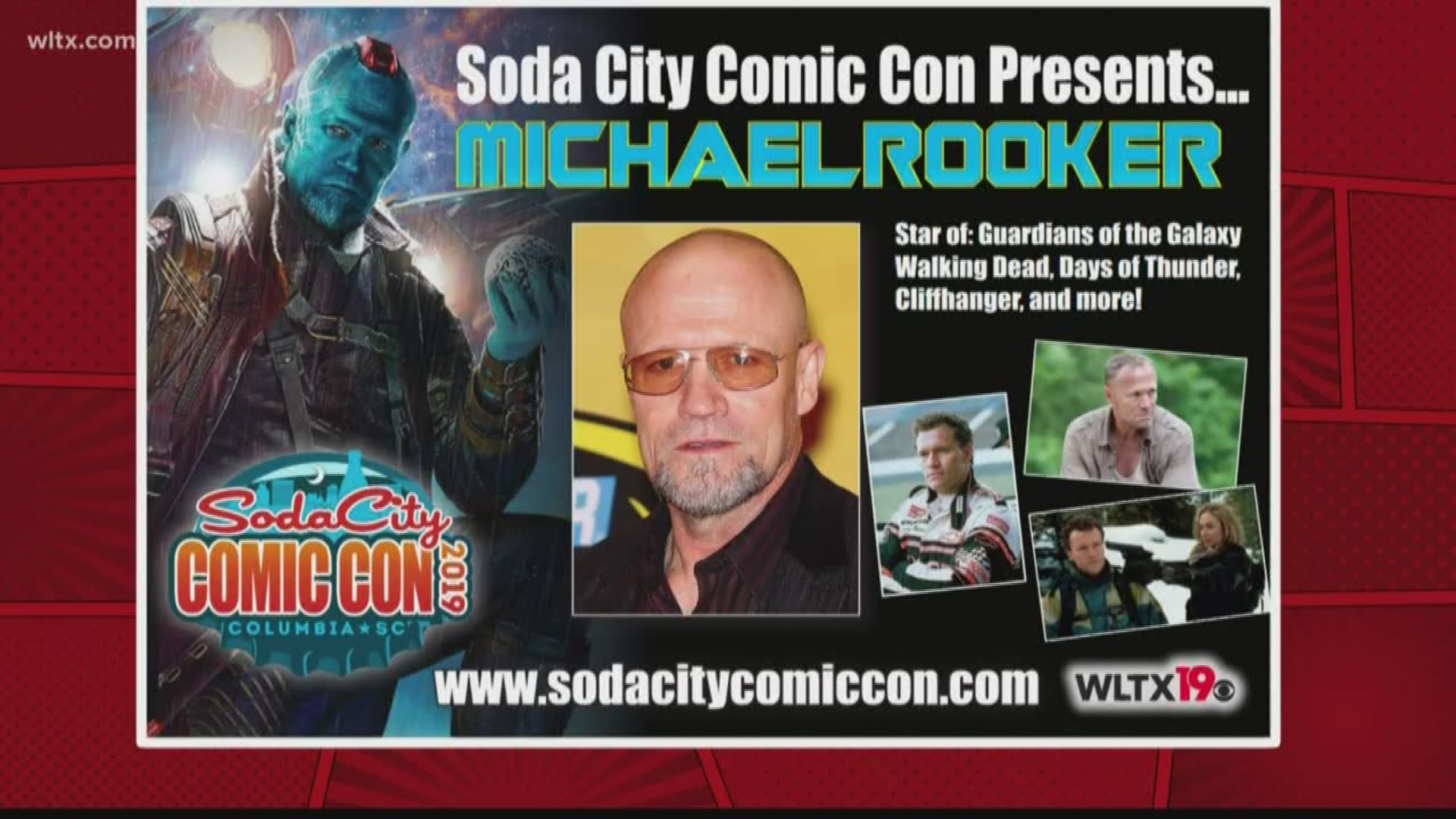 COLUMBIA, S.C. — "Guardians of the Galaxy" actor Michael Rooker has been added to the lineup of guests at this year's Soda City Comic-Con in Columbia.

Donald Brock of Soda City Comic Con announced to News19 Nerds Thursday that Rooker had been added to the two day event. He'll be there on both days of the event, August 11 and 12.

"The stars aligned,"  Brock said about getting Rooker to come.

People will be able to get a limited number an exclusive Michael Rooker poster that will be available at the WLTX booth.

Rooker will not be the only celebrity there. Actress Kathy Najimy (Sister Act, Hocus Pocus) will also be in attendance. And for DC animations fans, there will be a special treat: most of the voice cast from Batman: The Animated Series, including Kevin Conroy (Batman), Loren Lester (Robin), Adrienne Barbeau (Catwoman), Diane Pershing (Poison Ivy) and John Glover (Riddler).

Also there will be George Newbern and Susan Eisenberg, who played Superman and Wonder Woman, respectively, in "Justice League" and the "Justice League: Unlimited" series.

The 2019 Soda City Comic Con will also feature comic creators and local artists. It's being held at the Columbia Convention Center at 1101 Lincoln Street.