Megan Mazel started working on the project more than a year ago, determined to finish in time for the 20th anniversary of Sept. 11. 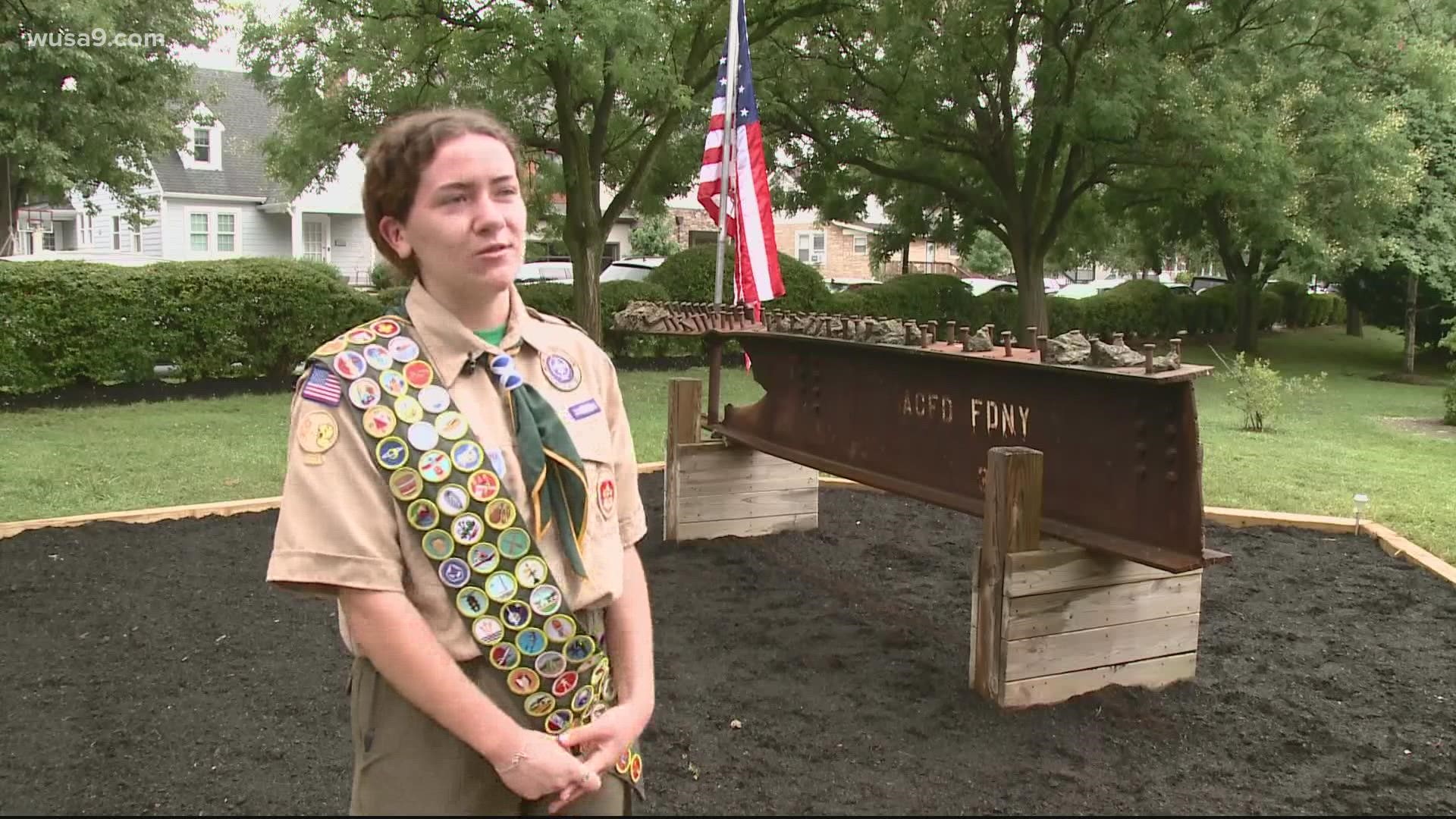 ARLINGTON, Va. — Saturday marks the 20th anniversary of the 9/11 attacks. To commemorate the occasion, one local student hopes to highlight a piece of history that is here in our backyard.

Part of the steel beam taken from the World Trade Center can now be found at Arlington County Fire Station 5. It was brought to our area more than 10 years ago.

Now, one local aspired Eagle Scout wants to make the park around the steel beam a gathering place to remember the men and women who lost their lives in the attack.

Aspiring Eagle Scout Megan Mazel started working on the project more than a year ago, determined to finish in time for the 20th anniversary of Sept. 11.

RELATED: 'This trail tells the story of America' | 9/11 National Memorial Trail remembers those who lost their lives

She called the Arlington County Fire Department and said she wanted to help. Her vision was to create a walking path around the steel beam in the shape of a pentagon, with a point facing north towards the actual Pentagon.

She also decided to add lights around the steel beam so everyone can see the piece of history right here in our backyard.

“Before I put this down, there was just a piece of metal and grass. It did not really stand out, it just kind of blended in,” said Megan.

Megan officially joins the scouts when they open up the opportunity for girls to join. She completed all the merit badges and started working on her Eagle Scout project more than a year ago.

“My scout troop came out to help me, there were about 20 or 30 people who showed up to help out,” said Mazel.

She finished the project just in time for the 20th anniversary, commemorating the day we will never forget.