The shock to the world of DC sports | Most DC Thing

Wizards star John Wall has been traded to the Houston Rockets for Russell Westbrook. 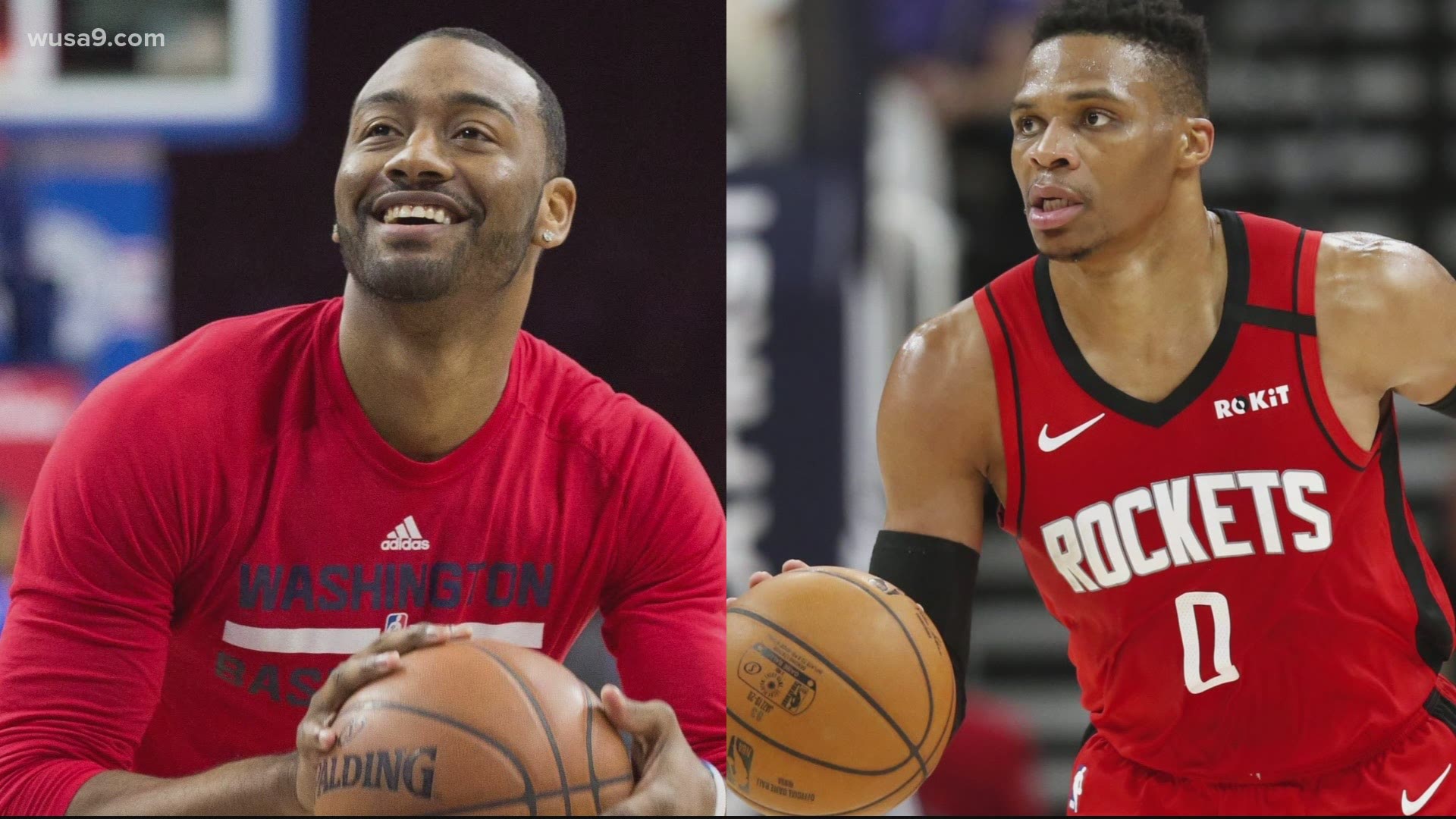 WASHINGTON — That shock you felt to the District’s sports world last night makes for this morning’s Most DC Thing.

Yes, John Wall has been traded to the Houston Rockets for Russell Westbrook.

The top pick in the 2010 draft, Wall brought a youthful energy to the Wizards and excitement to the court, leading the team to the playoffs in four of his ten seasons. Although hampered by injuries these past few seasons, John was a five-time all-star who won the dunk contest in 2014. He was also a fan and community favorite and he’ll be missed.

With him going to Houston, the Wizards are getting in return a nine-time all-star who led the league in scoring and assists twice and was once named MVP. Joining the Wizards, Westbrook will be reunited with Scott Brooks, his former coach in Oklahoma where he put up impressive numbers.

Let’s hope that the trade gives both players a fresh start, and a bounce in each of their careers, and let’s hope that Bradley Beal and Westbrook develop into a strong one-two punch for the Wizards.

I can confirm that the #Wizards have agreed to trade John Wall for Houston Rockets Russell Westbrook and a first-round pick!! @wusa9 @WUSA9sports

John Wall's era in DC is OVER! pic.twitter.com/6X08ZDKRzv