Stephanie and Ron Rivera have been through a lot in 2020, but she's optimistic about the future. 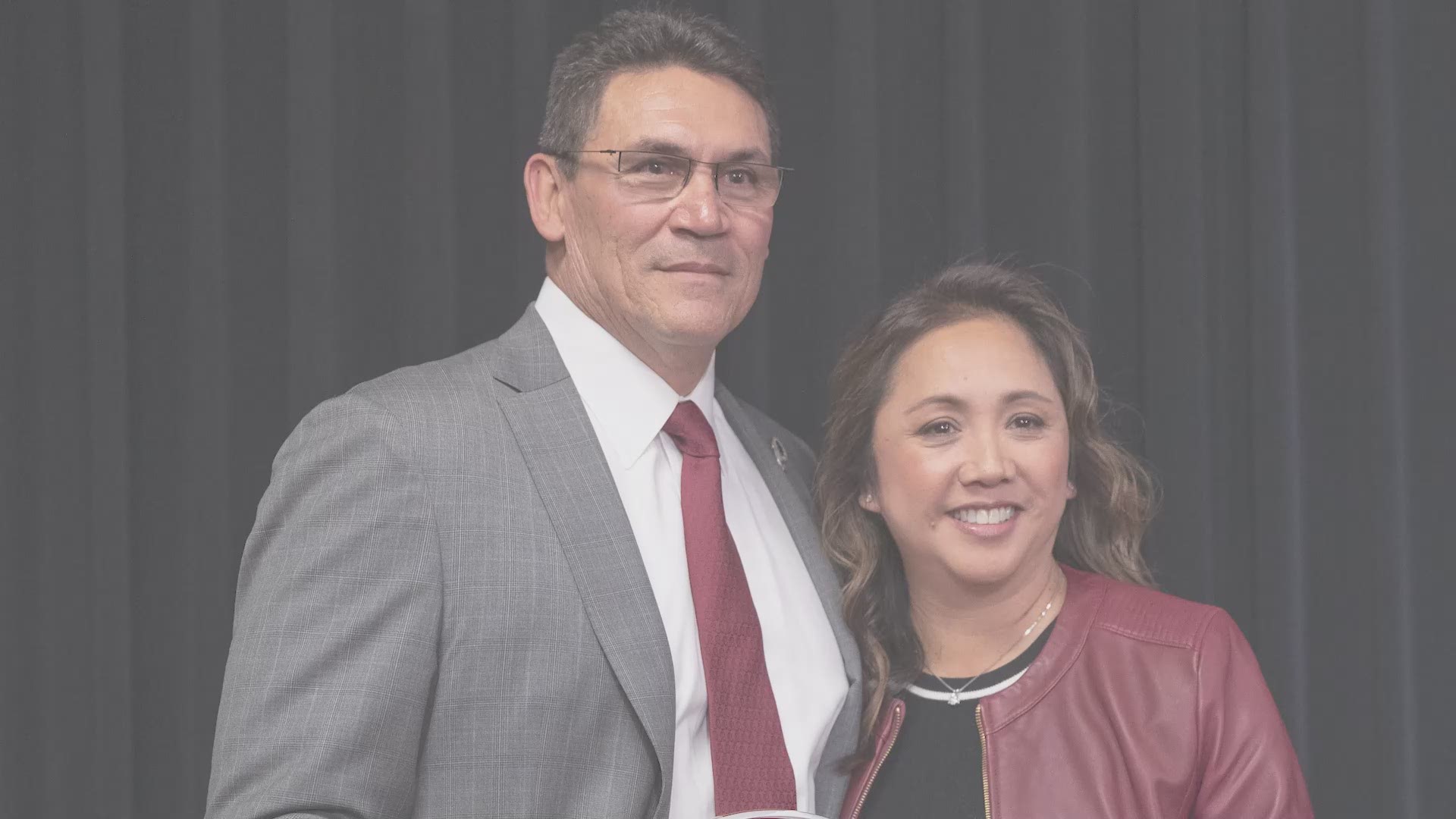 WASHINGTON — It is a homecoming of sorts for the woman affectionately known as “the coach behind the coach,” Stephanie Rivera.

The longtime wife of the Washington Football Team’s head coach, Ron Rivera, is a former WNBA assistant coach for the Washington Mystics. She admits that while with the Mystics in 2000, she didn’t get to explore much of D.C. Instead of museum visits with her family, Rivera spent her days at the gym or on the road with the team. Rivera says she was looking forward to getting to know the D.C. area after their move here in April, but then COVID-19 hit. Like the rest of us, life as we knew it, and Rivera’s plans of rediscovering D.C., came to an abrupt halt.

The University of California basketball stand out is optimistic for the future, “My going-away present from my friends in Charlotte was a D.C. guide book all the things to do, places to visit, the restaurants to eat at, so I am ready to hit that up!”

Of course, the COVID pandemic wouldn’t be the only life-altering event to hit the Rivera family this year.

In August they learned Ron had cancer. Stephanie said some points through the treatment got really rough, but he proved his toughness everyday including the fact that he never missed a Washington game.

Coach Rivera powered through despite the side effects that often come with cancer treatment.  After 7 weeks of treatment, and the team’s second win of the season, Rivera sounded the “ring of hope” bell at Inova Schar Cancer Institute which signaled his last treatment.

“He just showed how strong he is. I mean, I knew he was a pretty tough son-of-a-gun, but he really did prove it.”

Being cancer free was welcome news for the couple who have been together for 36 years. So just what is the secret to their longevity?  The message from the mother of two is one that the entire nation can benefit from. “It’s better to acknowledge the other person, and their view or their perspective. I can have mine and we can all get along, I think that’s what we need in our society right now.”

As the Riveras tackle their first year with Washington, Stephanie says the ultimate hope to help make the Washington Football Team one of the country’s top teams. She said she hopes in the end, they'll leave a legacy positive legacy behind.

“That we did some great things in the community …We are leaving with a few championships under our belt.”

Always the “coach behind the coach,” but is there any chance of her returning to coaching herself?

Not now. Instead, she says she’s looking forward to being able to get reacquainted with her husband, in the off-season that is!

RELATED: 'You just go out and do it' | Alex Smith returns to field for Washington Football Team after 2018 leg injury