According to multiple social media posts, his family and friends were joined by hundreds of fans who wanted to pay tribute to the rapper on Monday at a vigil. 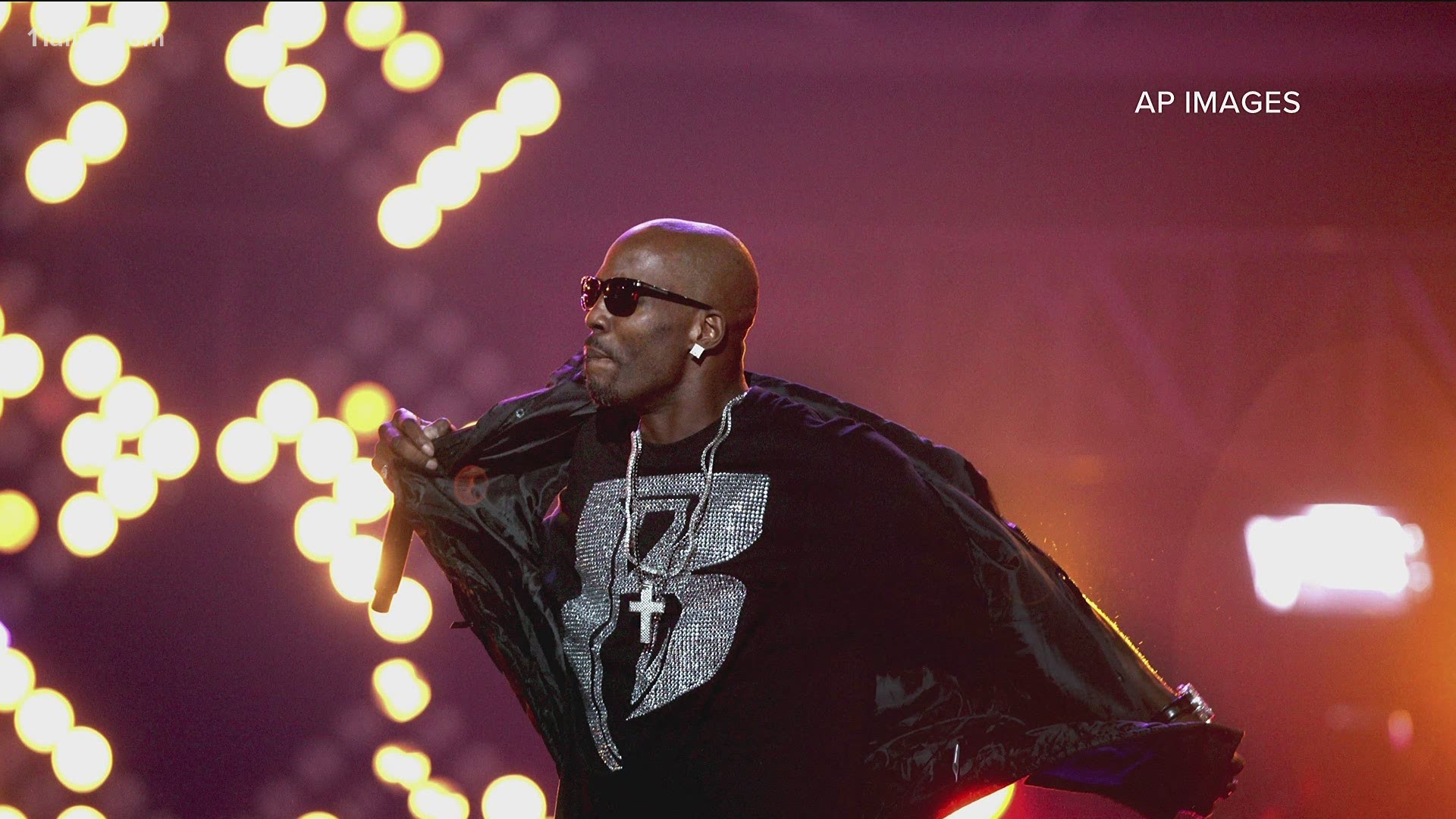 ATLANTA — Family, friends, and fans came together to hold a prayer vigil in New York on Monday, showered him with continuous love on social media Tuesday -- all while famed rapper DMX continues to fight for his life Wednesday.

The rapper is expected to undergo further tests on his brain function on Wednesday, according to NBC News. Steve Rifkind, his manager, told the news outlet that his condition hasn't changed. The 50-year-old's manager said the brain tests could help determine the star's health outcome.

According to multiple social media posts, the rapper's loved ones were joined by hundreds of fans during the vigil who wanted to share well wishes both in-person and online.  #PrayersForDMX also became a trending hashtag following the event.

The outpouring of support continues as many wait to learn more about the star's health condition.

DMX, whose real name is Earl Simmons, captured social media users' thoughts and prayers when he suffered from a heart attack on Saturday.

DMX's longtime New York-based lawyer, Murray Richman, said the rapper was still on life support and hospitalized in White Plains, New York. His longtime former manager, Nakia Walker, told the New York Times on April 4 that he is still in a  "still in the same condition in a vegetative state [with] lung and brain failure and no brain activity."

Richman said he could not confirm reports that the 50-year-old overdosed on drugs and was not sure what caused the heart attack.

RELATED: Vigil for legendary rapper DMX to be held Monday

A prayer vigil outside the hospital where #DMX currently is. #PrayersForDMX #DMX pic.twitter.com/itReEm6QB4

On Sunday, Atlanta rapper and mogul T.I., whose real name is Clifford Harris, sent his love to Simmons through a touching Instagram post.

"Shake back Big Bro. We made plans Maaaan ... We laughed so hard about how far we've made it in life this night. I appreciate you so much for pulling up," he wrote on Instagram. He went on to say, "So now I'm tellin you like you told me...This too shall pass...We need Real 1s like you around!!!"

Over the years, DMX has battled with substance abuse. The rapper canceled a series of shows to check himself into a rehabilitation facility in 2019. In an Instagram post, his team said he apologized for the canceled shows and thanked his fans for the continued support.

DMX made a splash in rap music in 1998 with his first studio album “It’s Dark and Hell is Hot,” which debuted No. 1 on the Billboard 200 chart. The multiplatinum-selling album was anchored by several hits including “Ruff Ryders’ Anthem,” “Get At Me Dog” and “Stop Being Greedy.”

In 2020, DMX faced off against Snoop Dogg in a Verzuz battle, which drew more than 500,000 viewers and a plethora of memes and gifs.