Stars paid tribute to Kenny Dixon, the drummer for the Kane Brown. 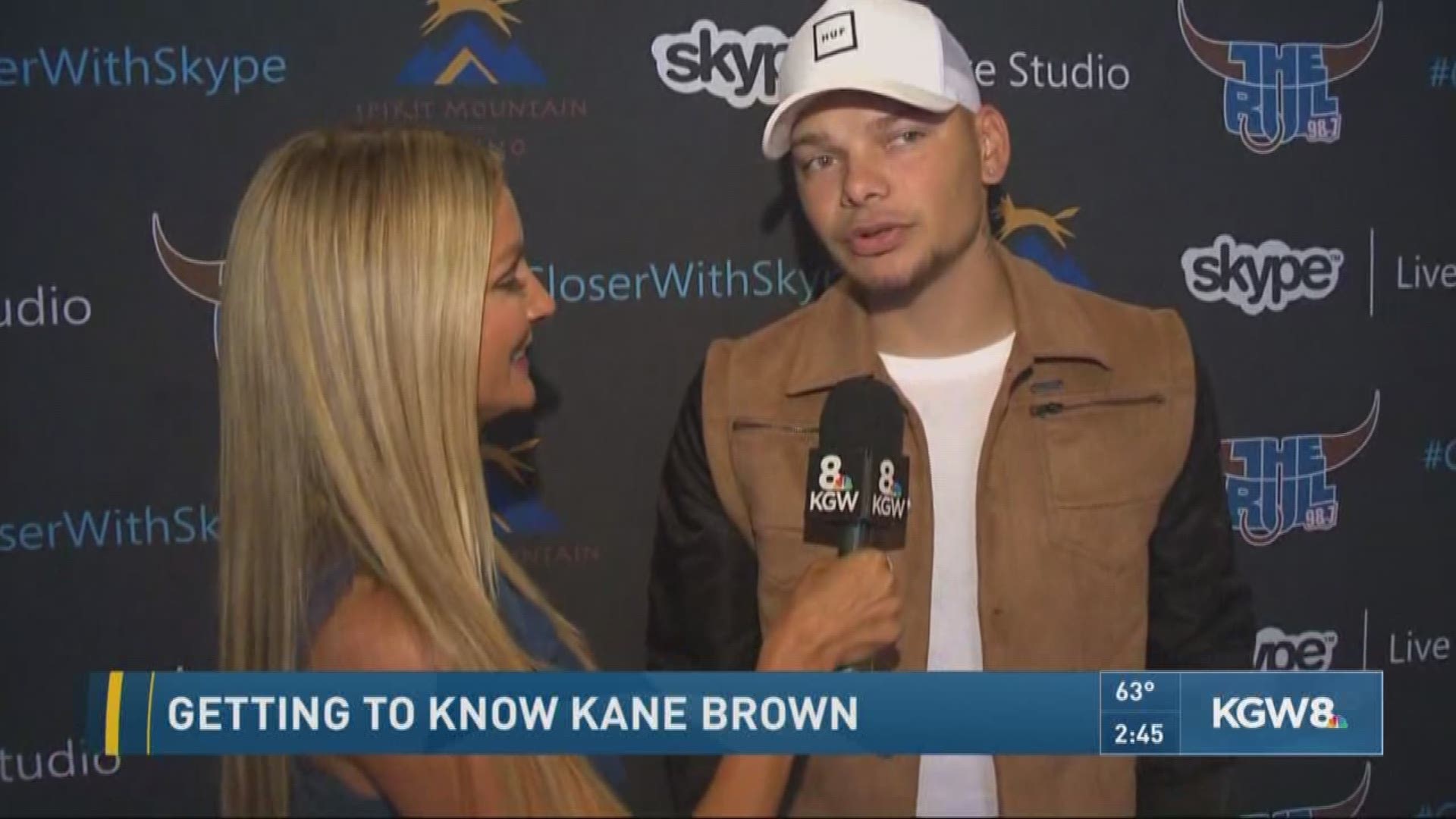 NASHVILLE, Tenn. — Editor's note: The video above is file video from an earlier story on Kane Brown.

Country music artists cried together and prayed together at an emotional CMT Artists of the Year awards show that reflected the tight-knit community of artists who supported each other through success and loss.

Country singer Kane Brown, who was one of several artists of the year honored at Wednesday's show in Nashville, Tennessee, struggled through tears and dedicated his award to his longtime drummer Kenny Dixon, who died in a car accident over the weekend. Dixon was from Dalton, Georgia, according to the funeral notice post.

"He started with me coming out of Chattanooga," Brown said of the 27-year-old musician. "He was with me the whole time. He was so supportive of me. And I love you, man, I miss you. The band misses you."

He ended his speech by asking the country artists in the room to "stay safe."

Another honoree, Thomas Rhett, said he was moved by Brown's appearance and asked the whole audience to stop and pray with him. "I don't know if this is very conventional, but can I just pray?" he said and led the audience in a prayer for the families of Brown and Dixon.

Dixon is survived by his fiancé and a 3-year-old son.

Chris Young performed his song in honor of Dixon.

Country icon and actress Reba McEntire was given the artist of the lifetime award and was introduced by her longtime friend Vince Gill, who noted they had supported each other through divorces and deaths in their families and through tours and duets. McEntire, who lost eight members of her band in an airplane crash in 1991, called the awards show an "inspirational, emotional night."

She said it took "guts" for Rhett to pray during a live television event, and said, "That's what we need in this world, a little more God."

Dan + Shay, the Grammy-winning duo that is known for their heartfelt love songs inspired by their wives such as "Speechless" and their latest hit, "10,000 Hours" with Justin Bieber, were also honored as artists of the year. Shay Mooney of the duo said their wives are the "real stars."

Ashley McBryde, who was honored as the breakout artist of the year, said on the red carpet prior to the show said the past year has moved fast since releasing her major label debut, "Girl Going Nowhere."

"So I do feel like it's a breakout year, but for CMT and my friends and peers to feel that way is a completely different feeling," said McBryde.

Two of the artists of the year honorees, Luke Combs and Carrie Underwood, were in the middle of touring and couldn't attend the show, but Underwood performed two songs live on the show via her tour stop in Cleveland, Ohio. She stopped her show to address fans in the venue and watching on TV.

"You guys are the reason we get to do what we get to do and at the end of the day it all comes down to you coming to our shows and listening to our music," said Underwood.

Combs, who broke out in 2017 with his massively popular debut album "This One's For You," also sent in a video message from his tour stop in Bozeman, Montana.

"The country music community as a whole has welcomed me with open arms, and it means a whole heckuva lot to me," said Combs.

Shaq donates home to family of boy paralyzed after shooting