WLTX Alert Center
Live Video Breaking
News Weather Delays/
Closings
© 2020 WLTX-TV. All Rights Reserved.
Walking Dead’s fictional Woodbury a fan destination in real-life Senoia
It's the city where the survivors have struggled to keep the zombies out, the city where many have sought refuge, but today it's the city where fans of 'The Walking Dead' are dying to see.
Author: Francesca Amiker
Published: 3:36 PM EDT July 25, 2018
Updated: 1:26 PM EDT July 27, 2018
THE-A-SCENE 0 Articles

SENOIA, GA - More and more cities in Georgia are transforming into movie sets! With the ninth season of AMC’s ‘The Walking Dead’ currently in production, The A-Scene had to make a trip to see how Senoia turns into the fictional Woodbury.

“It’s really big in Australia, huge show,” Darren Mounsey who came all the way from across the seas to see the magic said.

“All my family that came they wanted to go to Six Flags now they want to go see “The Walking Dead,” Jean Rourk, a longtime Georgia resident said.

And that’s because the show's surviving town of Woodbury is really Senoia, Georgia.

It’s become a true fan experience where fans can even drink the same coffee as some of their favorite actors who shoot in town.

Bryan Jagt and Scott Tigchelaar are co-owners of The Waking Dead Cafe, created after they saw a need.

“It just kind of fun. You feel like you’re as close to the celerity as you can get,” Jagt said.

“A lot of fans were coming to town just looking for a t-shirt or some paraphernalia related to the show and there was no place to buy it,” Tigchelaar, president of Senoia Enterprises said.

So, the two opened the Woodbury Shop, which became so successful, they partnered with the show’s creators and opened the Waking Dead Café. 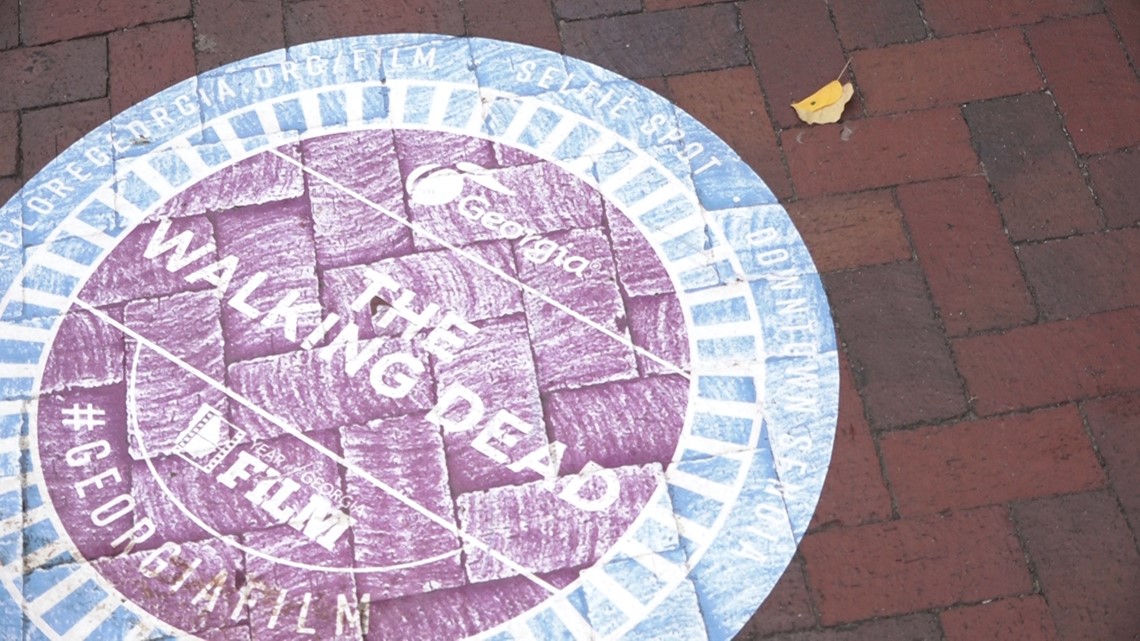 Within a couple of years, they opened their second restaurant, Nic and Normans, named after the show’s executive producer and lead actor. But those aren’t the only experiences for fans.

Downstairs from the Waking Dead Café’ is a museum.

“Yep, we have a little of everything on a display,” Tigchelaar said. “This was one of the original designs of one of Darryl’s knives in the show called The Blood Diamond.”

“The cell we're in now is one of the ones they were quarantined in in season 3,” Jagt recalled.

Outside the museum, fans can even see the fictional city of Alexandria fenced off from the zombie, but home to seven real families, two of which are Scott and Bryan.

“Sometimes there’s explosions at night. We live in a zombie apocalypse so it’s kind of cool,” Tigchelaar said.

In 2007, there were only five businesses on Main Street. The real estate tycoons bought 22 vacant properties. Today, there are more than 85 businesses in town with zero vacancies. It’s amazing how one show can bring an entire town to life. Oh, the irony.