Murillian Allen's secret to a long life is being physically active. "She outpaces a lot of people much younger than her." 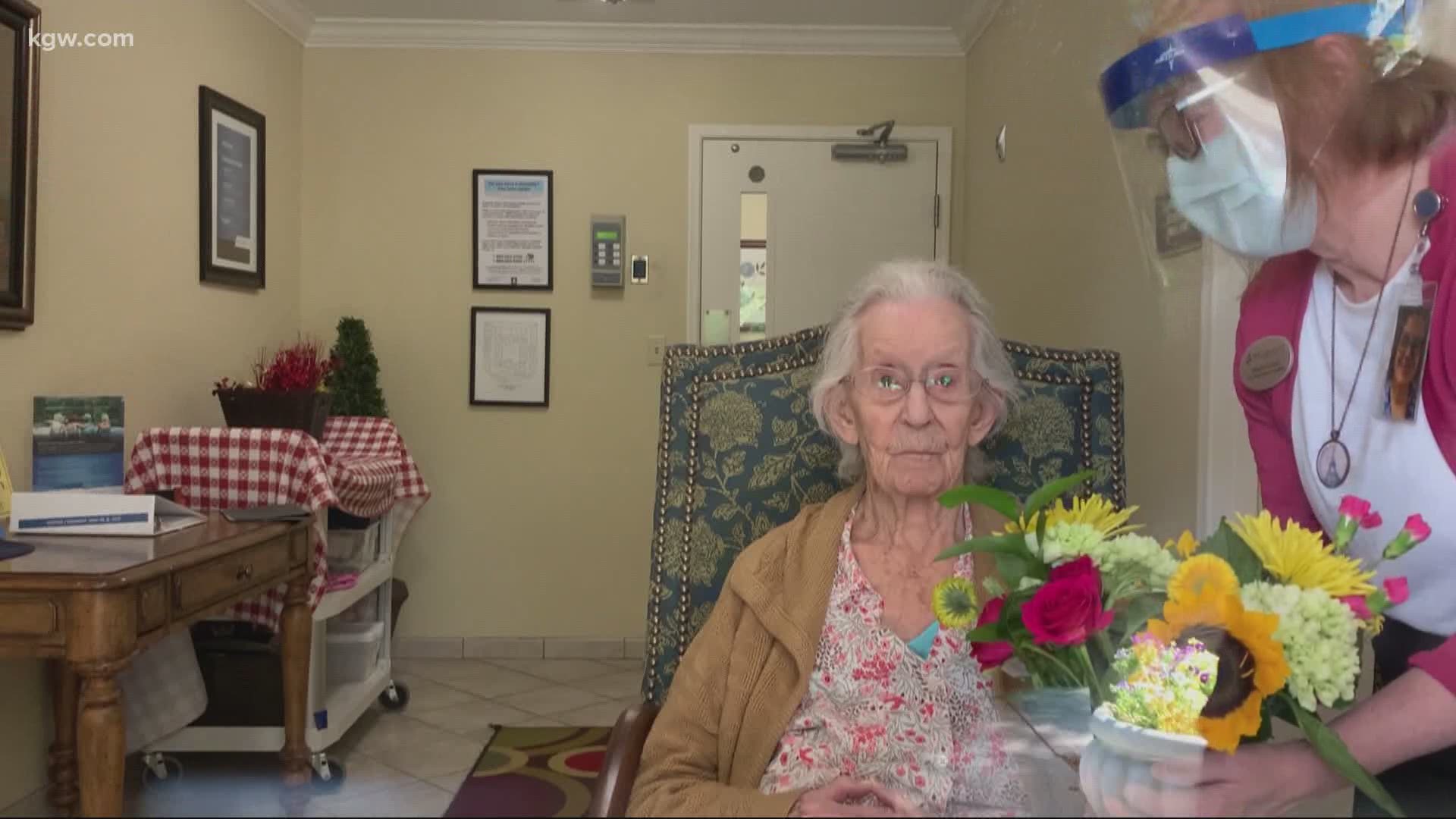 She grew up on a farm with her dad, mom, older brother and younger sister. At a young age she was in charge of cooking. When asked about if her mom taught her to cook, Murillian's response was "you have to."

"She cooked everything from scratch. I remember there was always good food when you went to grandma's house," said her grandson Rob Gower.

Gower and his wife Tammy wished Murillian a happy 106th birthday from outside the community care home in Vancouver where she is staying.

"Because the facilities are locked down and we can't get in, we've been interviewing through the window and visiting through iPads and FaceTime," Gower said.

The family stood outside a glass door and sang happy birthday, something they had hoped to do in person had it not been for COVID-19 restrictions on care communities.

"It'd be better if we could take her out to eat, get her outside to walk around. Have a bigger group to enjoy some cake with her," Gower aid.

A birthday celebration today for a Vancouver woman!

She lived through the 1918 Spanish flu pandemic, worked in a factory during WWII, has been alive during 18 different presidencies and her younger sister turns 100 in just a few days

This isn't the first pandemic Murillian has lived through. At the age of 4, she became ill during the Spanish Flu pandemic.

"As a child she was very sick from that. A lot of stories about the local town doctor who was sent over to their house to treat her. I'm not sure if it was deathly ill, but very ill," Gower said.

She was born during the Woodrow Wilson administration and has seen 17 other U.S. presidents hold office.

She met her husband Renwick in St. Louis while working at a diner. He was stationed in the Army at a nearby base. During World War II she worked in a factory making rip cords for bombs and later worked at a jewelry company in Albuquerque, New Mexico.

Murillian has two children, three grandchildren and seven great-grandchildren. She loves to bake, garden and knit.

"She's knitted everything you can imagine, she's crocheted things. She's carted her own wool, she went straight from the sheep to the gloves," Gower said.

Age hasn't slowed her down. In her mid-90s she started painting with water colors and just two years ago became an Irish citizen.

So, what's her secret to a long life?