60 years later: The 'alien abduction' of Betty and Barney Hill

On September 19, 1961, a couple from Portsmouth, New Hampshire claims to have been abducted by aliens. It was the first widely publicized alien abduction case. 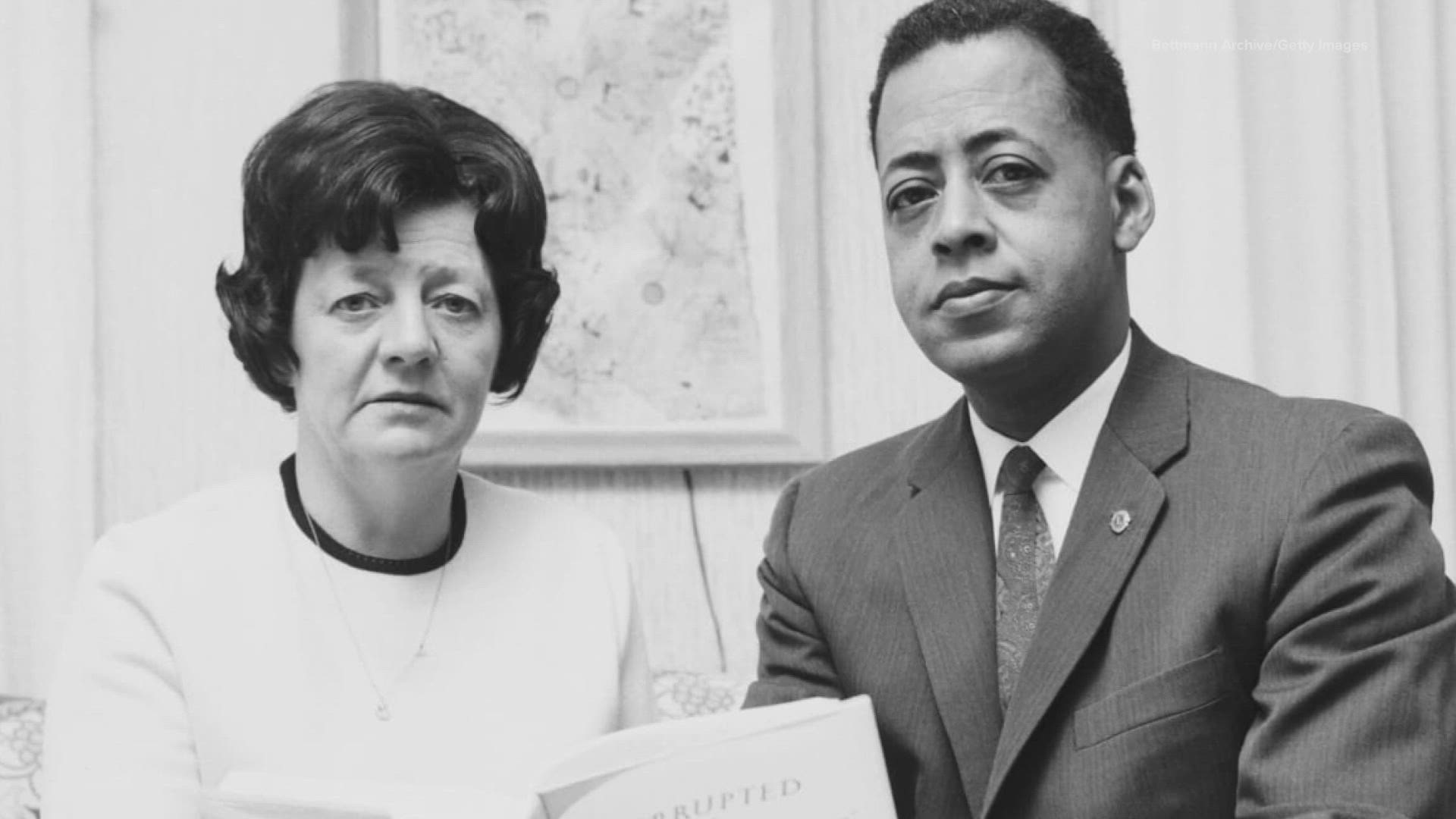 PORTSMOUTH, N.H. — Betty and Barney Hill of Portsmouth, New Hampshire are at the center of the country's first widely publicized alien abduction account.

Their story, whether you believe it or not, went on to shape the perception of extraterrestrials and popular culture.

"Not to carry it over too far, but they were kind of the Adam and Eve of alien abduction," said Bill Ross, a Professor Emeritus at UNH, who is responsible for curating the school's extensive collection on the 'Betty and Barney Hill abduction.'

That collection is quite popular. Of the more than 3,000 Special Collections at UNH, Ross said the Betty and Barney Hill collection gets around 17% of their web traffic.

As the story goes, on September 19, 1961, Barney and Betty Hill were driving home from their honeymoon in Montreal. As they drove through New Hampshire's White Mountains, they said they were followed by what felt like a spotlight.

Eventually, they pulled over and said they spotted a ship floating above their car!

"They were kind of enveloped by this light from the ship that they had seen and then they kind of blacked out," said Ross.

60 years ago, Betty and Barney Hill of Portsmouth claimed to have been abducted by aliens in New Hampshire's White Mountains. Their story would go on to shape how we perceive extraterrestrial life. Hear from a man who studied this case tonight on @newscentermaine. 🛸 pic.twitter.com/paLIN1kZha

When they came to, they said they were in their car, miles down the road, and couldn't remember the last two hours.

"They got home and there were mysterious marks on their car, the zipper on Betty's dress was torn and stained. The strap on Barney's binoculars was broken," said Ross.

For the most part, the couple kept the story quiet, but after experiencing nightmares and anxiety, they turned to hypnosis to see whether there were suppressed memories of the event.

It appears there were. The hypnotist recorded the session in which Betty and Barney recall boarding a saucer-like aircraft and were taken into separate rooms to be physically evaluated. The recordings were eerie, as Betty was terrified by the creatures and experience.

Eventually, a Boston reporter picked up the couple's story and readers went crazy to learn more.

Ross said, "They went public basically to try to own their story because they were thrust into the limelight without their permission."

That story, whether it's believed or not, had a lasting impact.

"The fascination remains and my fascination is just with the impact that their story had," said Ross.

Ross says he's a skeptic himself, but there are a lot of believers out there.

You can learn much more about this story by visiting the Special Collections Library at the University of New Hampshire.

RELATED: US report: Recent UFO sightings probably not aliens, but could be

RELATED: What the UFO report Friday did and didn't find about aliens