Carl Freeman created a 200 x 104 foot American flag on his property to thank first responders in the area. 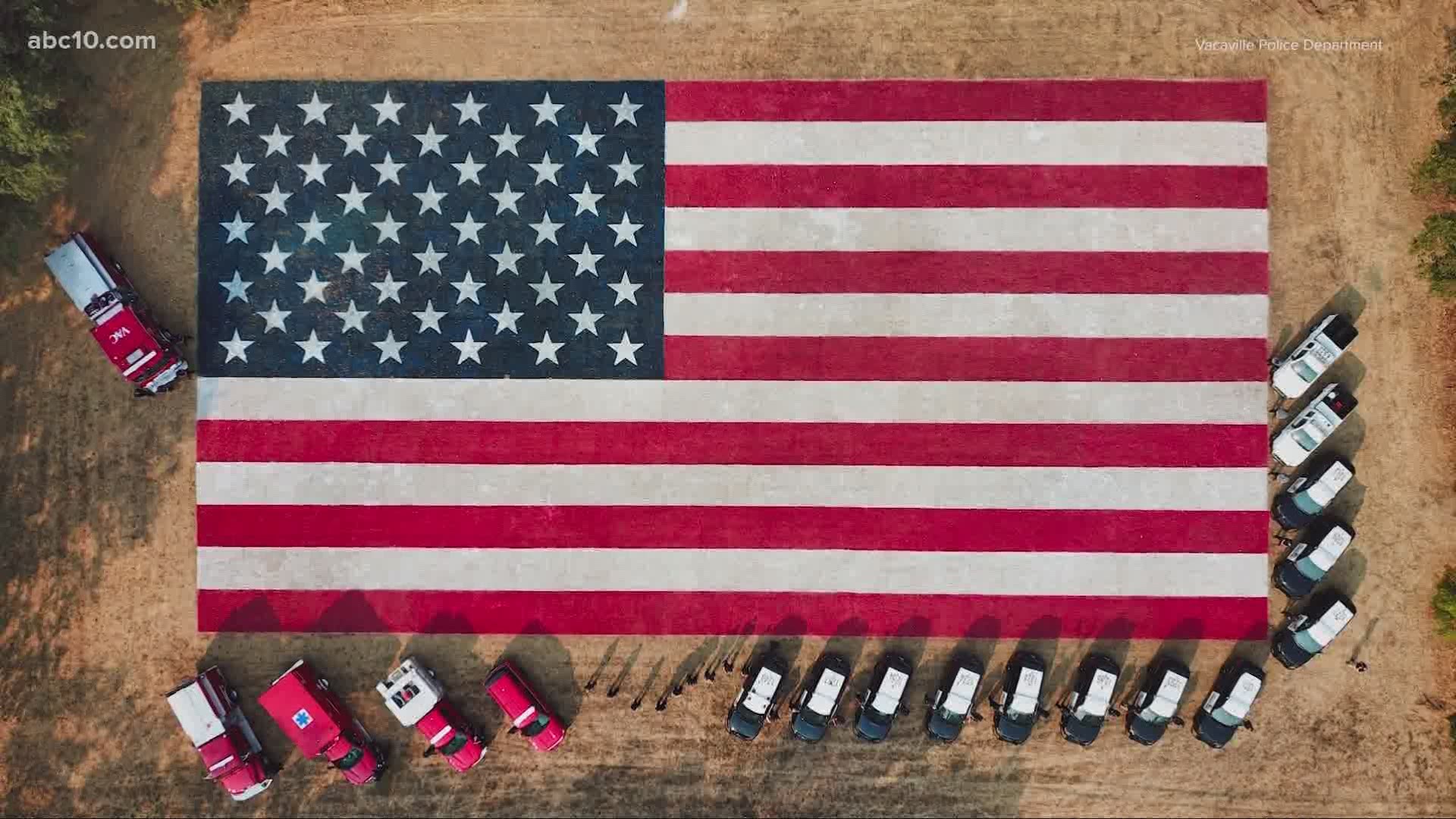 VACAVILLE, Calif. — Everyday Heroes are all around us and ABC10 wants to highlight the work they do. Every week our viewer nominates people and organizations making a difference in our community.

This week we want to introduce you to Carl Freeman, of Vacaville, who painted a giant American flag in his field to honor first responders.

The flag is visible along Gibson Canyon Road in Vacaville. Freeman said he is getting lots of support from cars passing driving through the area and see his flag.

The LNU Complex fires burned just two miles from Freeman's house. Many of the fire crews who helped protect his and his neighbors' homes saw the flag. Between the pandemic and wildfires, Freeman said the essential workers are heroes who deserve recognition.

“This is just an inspiration I had to say thank you to fire crews, military, and first responders," Freeman said. “The police and fire departments both said they needed this. I told them this is just a little pat on the back."

If you want to nominate an Everyday Hero, send an email to John Bartell at jbartell@abc10.com and put Everyday Hero in the subject line.