Mahogany Geter has lymphedema in one of her legs. It adds an extra hundred pounds to her body. She's choosing to embrace her uniqueness by modeling. 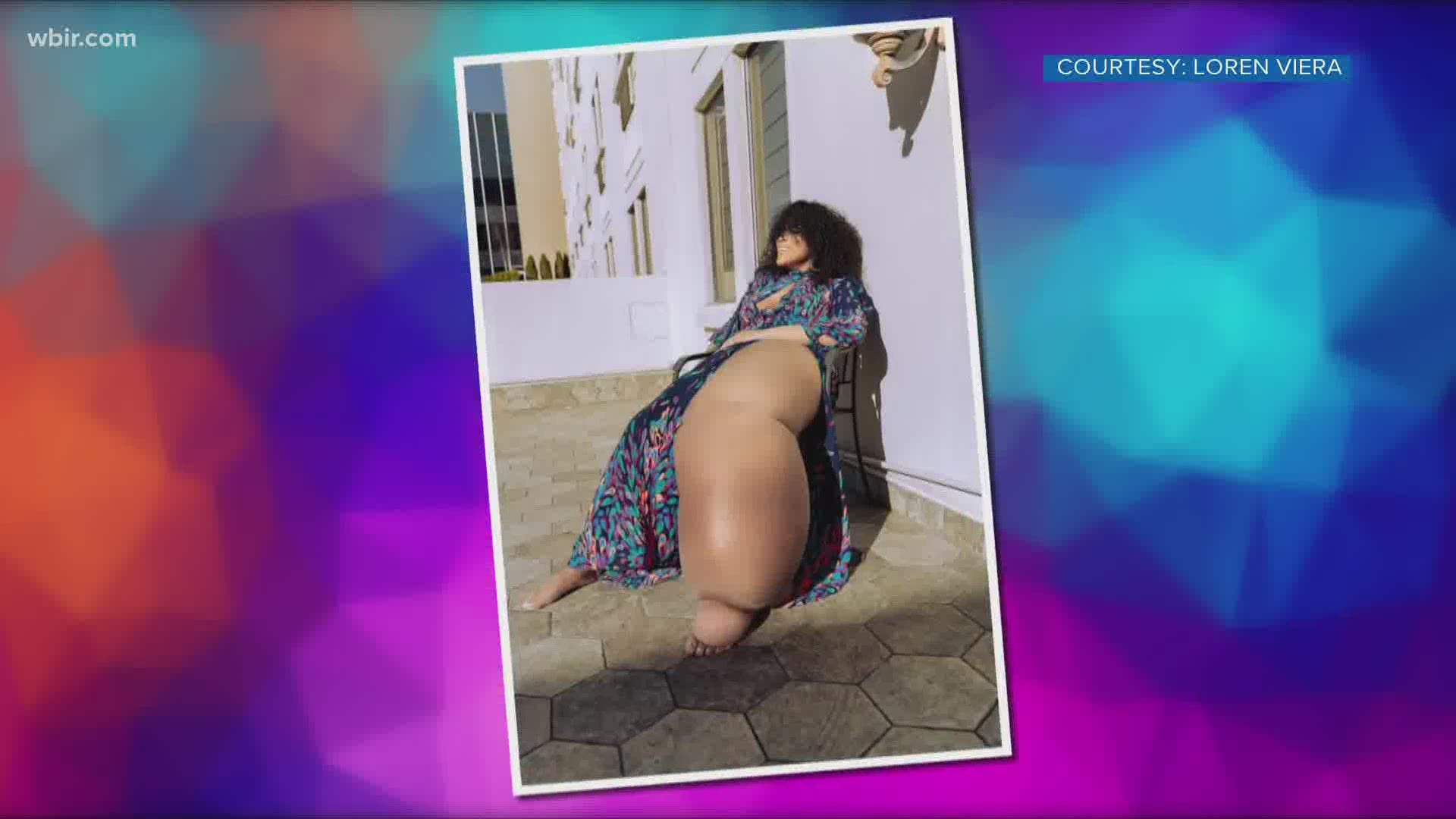 KNOXVILLE, Tenn. — A 23-year-old woman in Knoxville is going viral online by spreading her message of body positivity while living with a painful illness.

Mahogany Geter is a picture-perfect example of what it means to be comfortable in the skin you are in.

"As I have gotten older, I've learned to embrace myself and accept myself," Geter said.

She has lymphedema in one of her legs, which means fluid builds up and has nowhere to go, causing a lot of swelling.

Geter said it's more cumbersome than anything. She is not in constant pain from the illness, but can feel the weight all the time.

"It drains my energy, of course, because it's an extra 100 pounds," Geter explained. "So when I say I'm not very fast, or my mobility is limited, it's very true."

She has lived with the illness her whole life. Her mother said when her daughter was born, the doctors could tell something was different by her footprint marks.

The growth and length of her leg makes things more difficult.

She's not always had the confidence in herself that she does now. Growing up with her differences was hard.

"I've been through a very depressed state, because you're a little kid and you have a bunch of grown adults staring at you," Geter said.

Now, she's taking back her power and showcasing her confidence through a camera lens as an aspiring model.

She first got into modeling in 2017, when a photographer approached her while she was working the self checkout station at Walmart. After thinking about it, she agreed.

"I was like, 'I'm getting older now, maybe it's time I start putting my full body out there,' and hopefully me doing that can help somebody else," Geter smiled.

A YouTube video from the company Truly, featuring Geter, has over 4,000,000 views and counting. She's also been featured on Snapchat and other social media channels.

Since them she's received a lot of support.

"Mainly, I've gotten a lot of positive responses, and the ones I like the most are that it helps people that also feel low about themselves," Geter said.

Geter has lived in Knoxville nearly her whole life, and went to Central High School briefly. She hopes her platform will encourage others to embrace who they are.

"Once you start feeling how pretty you are everyone else [will start] realizing it," Geter smiled.