"From Our Homes To Yours" allows musicians to not only receive a stipend during this uncertain time, but allows others to enjoy their music. 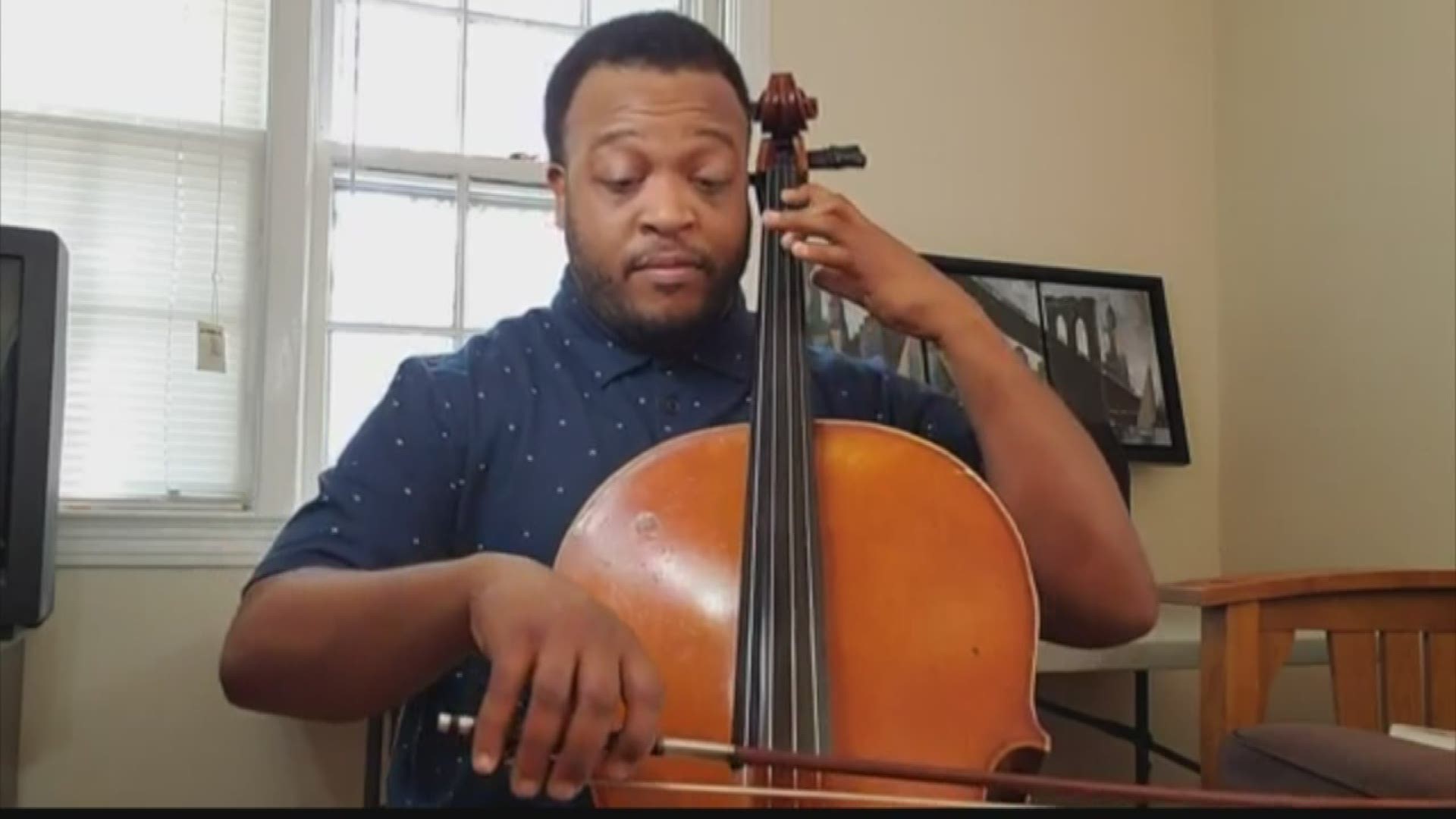 COLUMBIA, S.C. — A new normal, classical musicians around the country are teaching and performing from their homes amid the coronavirus pandemic.

The South Carolina Philharmonic created a series to bring solo concerts with their musicians to the homes of their patrons and subscribers.

"From Our Homes To Yours" allows musicians to not only receive a stipend during this uncertain time, but allows others to enjoy their music while they also practice social distancing as well as giving them some employment during the pandemic.

Ismail Akbar, Associate Principal Cello SC Philharmonic, was the first musician to participate in the series for the SC Philharmonic. Akbar performed the Bach Cello Suite No. 3 in C major - Bourrée 1 and Bourrée 2. He has been a cellist for 26 years.

"My first few weeks teaching in Zoom were a challenge because you're not physically there with the students. You have to come up with very creative ways to show them how to maneuver the instrument," Akbar said.

This is the new normal for musicians during this time, along with practicing solo repertoire, Akbar says. Many of his friends are creating virtual studios and teaching during this time.

"I have some friends whose income is primarily through performing in different orchestras, and unfortunately it has served as a disservice to them, and financially difficult, really for us all," Akbar said.

Rhonda Hunsinger, Executive Director of The SC Philharmonic, believes that the season will begin again, and hopes that there will be no long term effects.

"Our donors, supporters, and patrons have been extraordinarily generous."

She does, however, worry about how the musicians will fare since some depend on gigs for income.

"I'm very concerned right now, most of all about our musicians. The short term for them is not okay because even though were able to have our concert, most of them are per service musicians, meaning they gig with five, six, seven, orchestras, they do weddings, they do chamber music. And all of it just ended abruptly," Hunsinger said.

Before executive orders concerning large gatherings were released by SC Gov. Henry McMaster, the SC Philharmonic decided to go through with one of their concerts virtually.

The concert, featuring Phenoms and Schumann, gained viewers from all over the world.

According to Hunsinger, the Philharmonic thought it would do a live stream one day, but were not expecting it to be like this.

Since concerts in April and March have been canceled, Hunsinger wants to assure patrons they will be back.

"We want to assure every body that if they subscribe or renew their subscriptions, we will care for them, we do plan to have a full wonderful season next season," Hunsinger said.

During this time of social distancing, Akbar would also like to encourage those not familiar with classical music to give it a chance.

"If those who are watching have not really experienced classical music, I think there is a lot to offer. Now we have a lot more down time than we used to, I would just suggest that you give it a chance," Akbar encouraged, "You could find some things in classical music that you didn't think existed. It can make you feel ways that you never really thought you could."

To learn more about the South Carolina Philharmonic Orchestra and how to become a subscriber or support the musicians, click here.