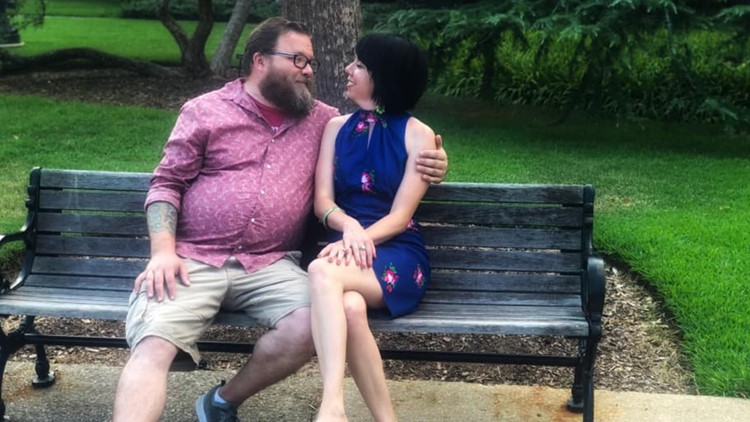 Photo by: The University of South Carolina

Their first date was on the horseshoe, now they will get a USC 'love story wedding'

Their love story started on the uneven bricks of the University of South Carolina's horseshoe. Now USC is planning and paying for their wedding.

Jillian Owens, 37, graduated from USC in her late twenties and began her current career at age 33. Before her blog, ReFashionista.net, went viral, Owens was in the shadows of her industry, driving a decade old car.

It's no surprise to her that she didn't fall in love until her mid-thirties.

Her first date with Brian Morris was on the historic horseshoe, where thousands of students and visitors have walked for nearly two centuries.

Their love story has been intertwined with South Carolina’s flagship university. This is why Owens and Morris were selected by students in the university’s wedding planning class to receive the 40th UofSC Love Story Wedding.

In the essay that the couple sent in to the university, Owens writes about their love story.

The University of South Carolina

“There you are,” Owens writes, “This was my first thought when I saw him. Not fireworks, not love at first sight, just a feeling of warm recognition.”

Their love is easy, Owens says.

After years of relationships not working, it did. Owens and Morris are self-proclaimed late bloomers. Their love, however, was right on time.

“I never knew a relationship could feel this way,” Owens writes.

Although it was not without the occasional hardship.

According to their essay, the past year has been a hard one for the couple. They have had illness and hospitalization, including their beloved dachshund, Douglas, dealing with a broken spine.

Owens writes about financial setbacks dealing with these issues. She says that comparing bank accounts in tears, frantically moving money around the save their pet has only made them stronger. It has made them more certain.

In the two years they have been together, they believe they have made each other better people. He’s her constant, she’s his comfort.

Before meeting Morris, Owens has all but given up on love. She thought it might be too late for her, but then he proposed on their two-year anniversary where they had first met.

That tie to the university is part of what made Owens and Morris stand out from the crowd. They met on the Horseshoe on campus for their first date, and on their second anniversary, Morris proposed in the same spot. Douglas, their dachshund, is talking walks on the horseshoe again, too.

Their entire wedding, from dresses and tuxes to the venue to the honeymoon will be paid for. The “catch” though, is that students get to plan the whole thing.

More than a dozen couples applied for this wedding, but the students chose Owens and Morris based on the emotional impact of their essay, demonstration of need for a free wedding, and the couple’s love for USC.

These students from the College of Hospitality, Retail and Sport Management will plan Owens' and Morris' wedding.
The University of South Carolina

Owens is a South Carolina alumna and a digital marketing strategist with Augusta Sportswear. Morris, a Navy veteran, is a quality engineer with Hengst Automotive. The couple lives in Columbia.

Their wedding will be in November, at a time and place to be determined by the class. The students have no budget and will make the wedding possible because of community donations. According to USC,  In most cases the value of the wedding exceeds $30,000.

The wedding planning class is part of the university’s hospitality management degree program, which is ranked No. 7 in the country.