A car dealership in a small South Carolina town will give you a flag, a Bible and a gun if you purchase a vehicle. 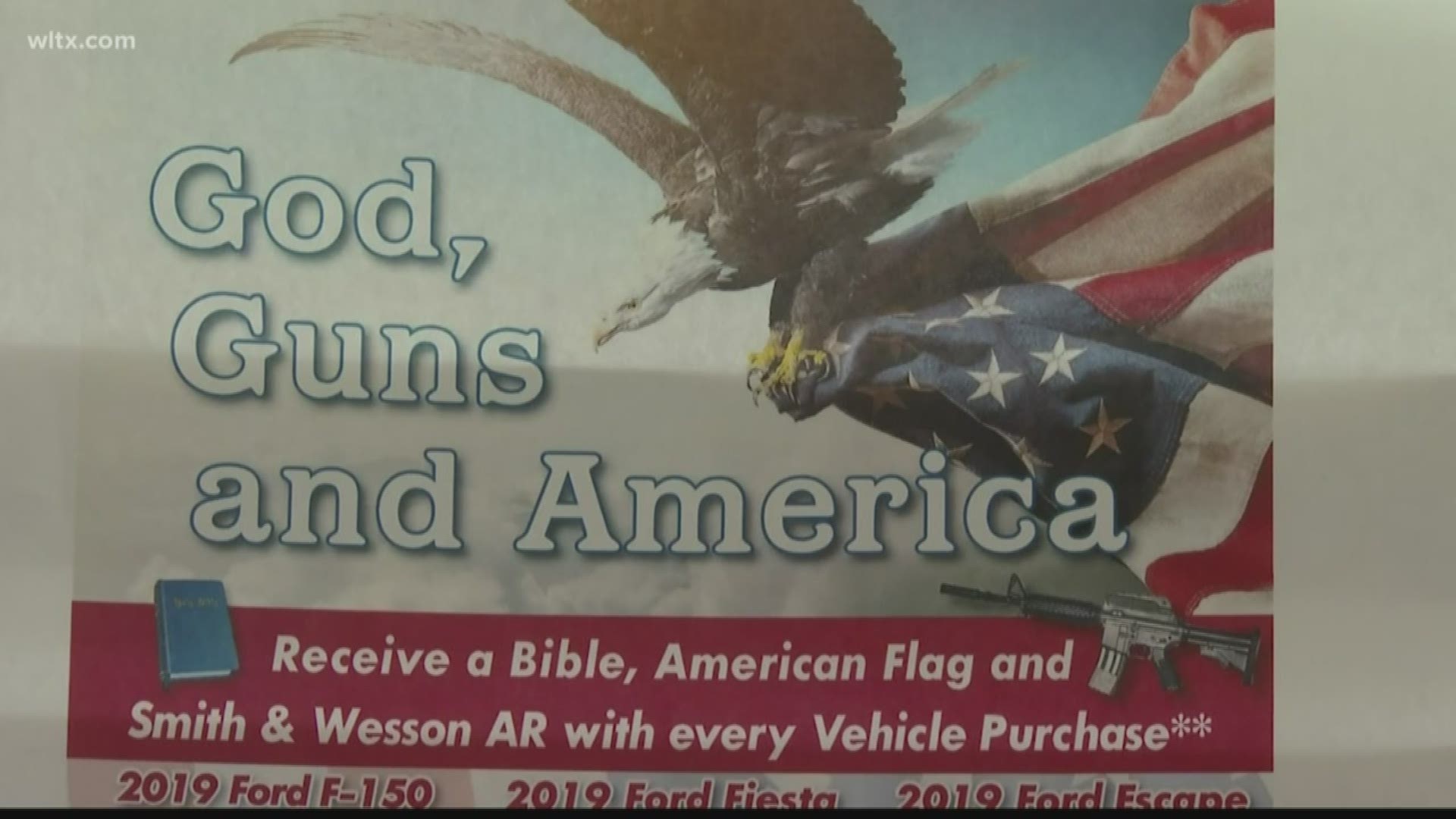 HONEA PATH, S.C. — A Holy Bible, an American flag, and a voucher for a gun: that's what you'll get with the purchase of any vehicle at the Carolina Ford car dealership in Honea Path, South Carolina.

"God, guns and america" is how the business is marketing its latest promotion.

"What that means is you come to the dealership, you purchase a vehicle you will be actually leaving the dealership with a Bible and your American flag and we will give a voucher to you to go to a local reputable gun store," said Derrick Hughes, the GM at Carolina Ford.

The promotion has gained the Honea Path dealership national attention.

"We've had people from far as Texas, Pennsylvania," said Hughes. "I think we've had a couple of them from Oklahoma."

Hughes says customers are making the trip not just to buy a car. The deal comes with the Good Book, the flag, and a $400 voucher to Locked n Loaded in Abbeville for a Smith and Wesson AR-15.

Locked-n-Loaded owner Jay Ashley wants to make it very clear they just aren't giving away guns. Customers who plan to redeem the voucher have to pass required background checks.

"What we don't want is someone who bought a car and they know they can't buy a firearm to give that to somebody else to come in here and get it," said Ashley. "Not going to happen. we will squish that. We know the name of the person who bought the car who signed that and that's why we require a copy of their drivers license."

Credit: WSPA
An AR-15 that people could possibly get through the promotion.

But people can choose to use the $400 voucher for other items in the tactical store.

The deal runs until the end of November. The general manager said they do other specials during the year including doing discounts for local heroes and military families.