Emotional reunion: Couple of 60 years together again after COVID-19 concerns

COVID-19 restrictions in their assisted living facility kept them separated for a month. 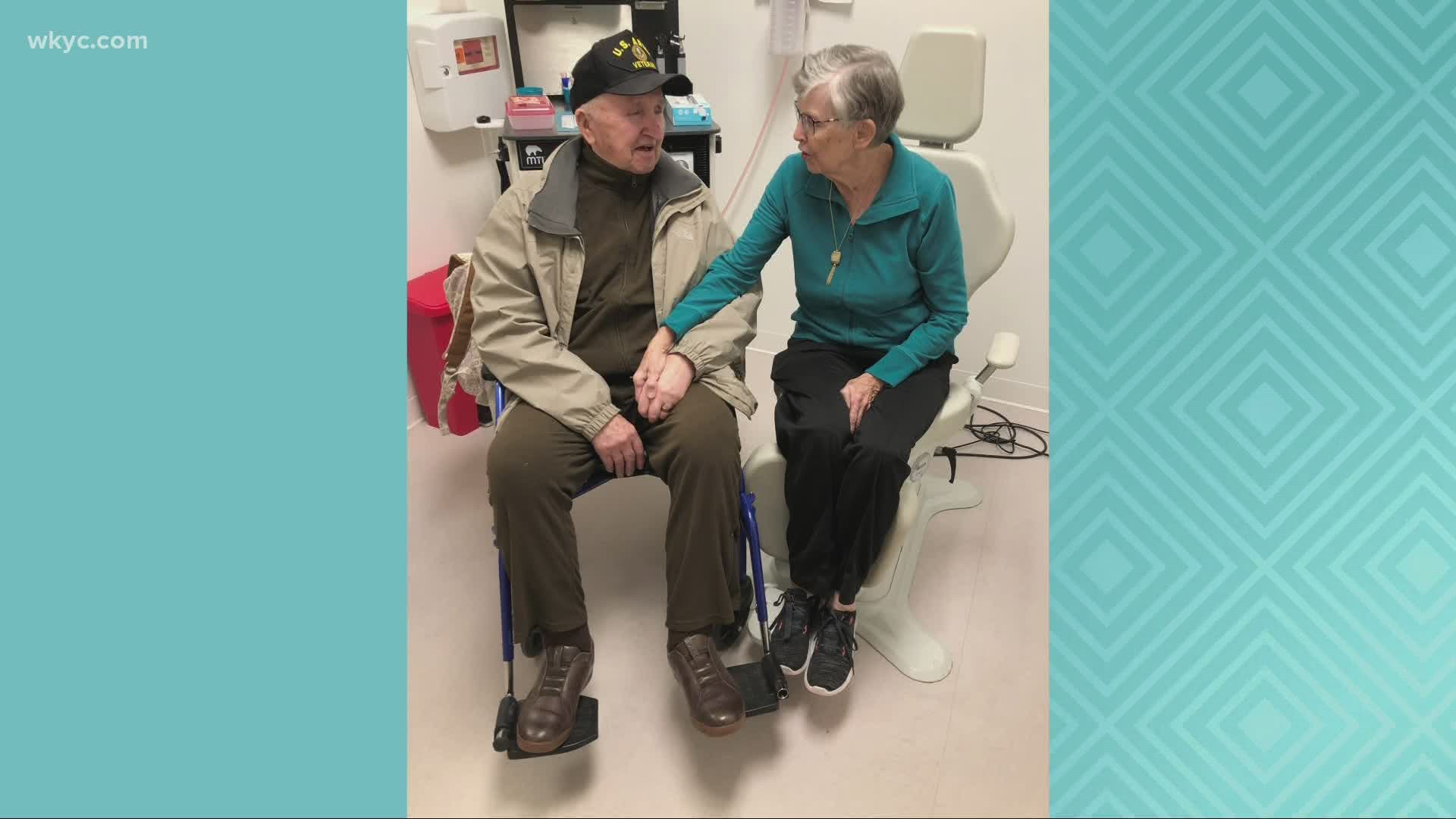 ELYRIA, Ohio — In less than a month, families separated from their loved ones in assisted living facilities, will be able to visit outdoors. But one incredible reunion just happened, and their story is one of survival, resilience and everlasting love.

Ruth and Paul Mallasch grew up across the world from one another. Ruth, in West Virginia. Paul, in Germany, where he spent weeks in a concentration camp at just nine years old.

When it was over, Paul's family sought refuge in Western Germany for five years.

“We wound up in a place called Oldenburg," Paul said.

The couple had a family: Daughter Leilani, and sons Paul and Alan. As a nod to their father's German heritage, Paul and Ruth are now known as Oma and Opa.

Leilani stepped in to be her mom and dad's caretakers.

"So in a five-year period, he had two major stomach surgeries. And then he had multiple hospitalizations in between. And then he broke his hip. Then about four or five months after his hip was done, he had his knee done. And just about the time we thought we had them all back together, his gallbladder stop working correctly," Leilani said of the health issues.

As the problems worsened, Oma and Opa moved into Wesleyan Village in Elyria. Soon, they were thriving. But then a few months later, another health scare.

"We started the testing in February and they did find a lump," Leilani said.

Oma was diagnosed with lymphoma on their 60th anniversary. She started chemotherapy with Opa right by her side. Despite the grueling treatments, she still found time to bake goodies for the staff at Wesleyan

“I felt like that was a good thing to do ... because they had a lot of extra work," Oma said.

A short time later another scary setback for Opa. Very ill, he pleaded with Oma before we went to the hospital.

"They had him loaded up on the stretcher, then Oma leaned over. They gave each other a kiss," Leilani told us. “Oma says to her, ‘you better be here when I get back.’”

COVID-19 restrictions kept them separated for a month. Thankfully, Opa tested negative for the virus. Finally, after the longest they'd ever been apart in their whole marriage, they were reunited at Wesleyan.

Today, the inspiring couple is doing better than ever. They're both in great health, and with their love rooted in faith, they hope to never again be apart.

“I never heard anybody telling me that they love me. I had never heard that even by my own parents, they were too busy ... just keeping us alive," Opa said.

"It's always kept them together and kept them focused down the road of what's important in life," Leilani said.

RELATED: Pandemic stops local couple from traveling to all 50 states

RELATED: He survived a 'widowmaker' heart attack, & now wants to tell you something 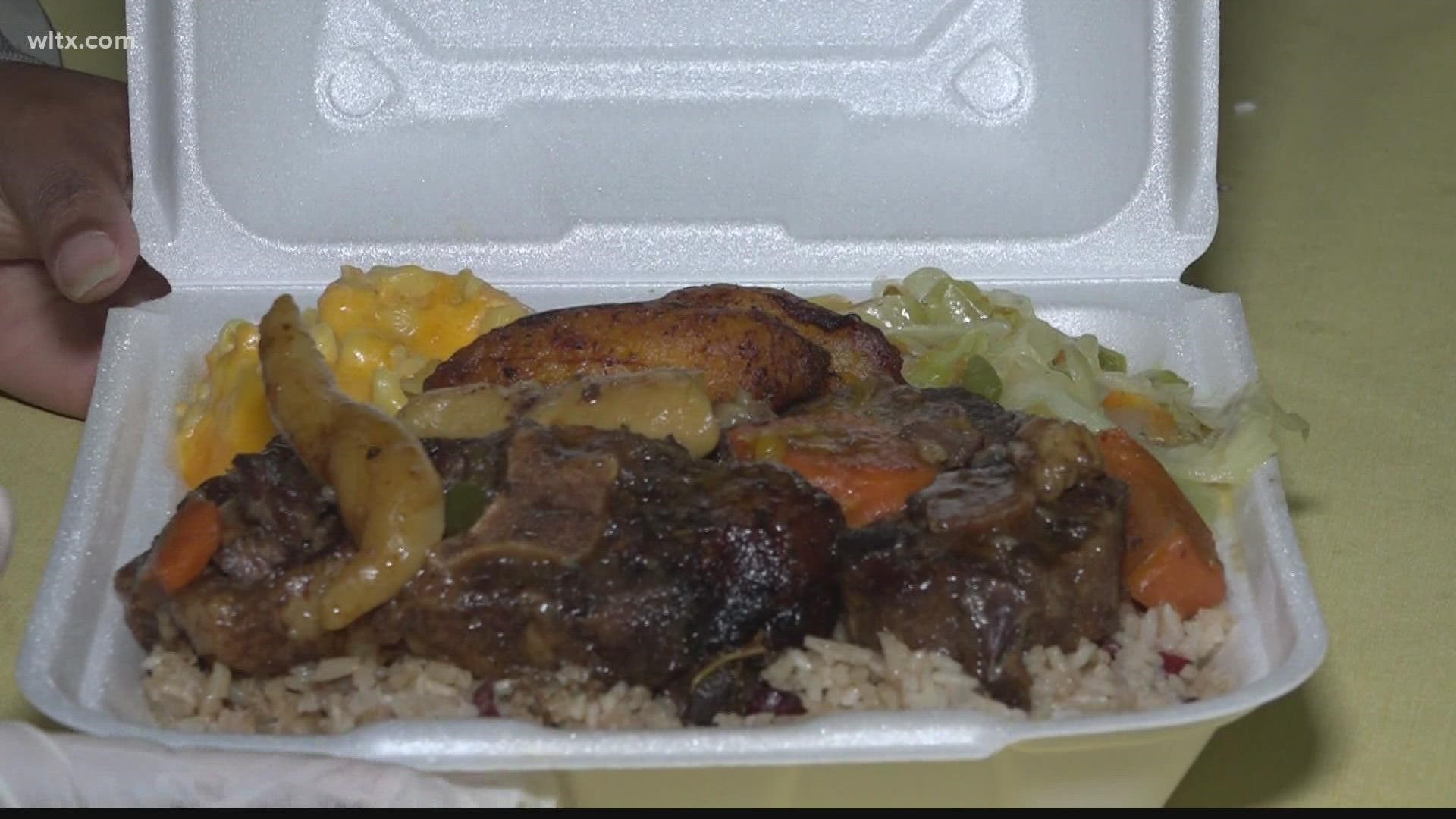 Local restaurants in Orangeburg get ready for the holiday season