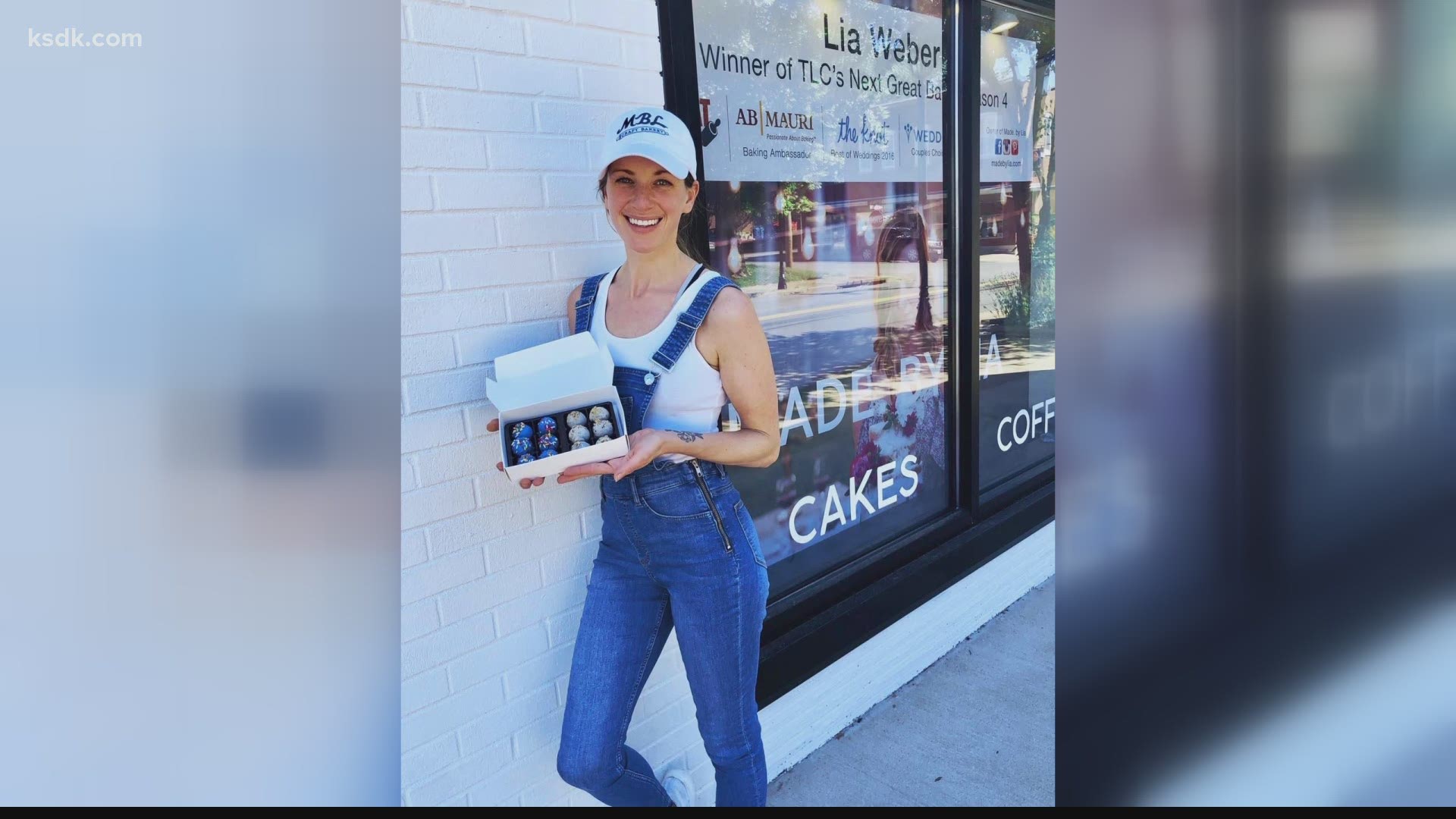 ST. LOUIS COUNTY, Mo. — She won the Season 4 of TLC's "Next Great Baker" back in 2014. Six years later, north St. Louis County native Lia Weber was about to see her dream of opening her own bakery come true and then the coronavirus hit. Still, the talented mom wasn’t going to let a nationwide shutdown stop her from putting the icing on the cake.

Weber's heart has always been in north county. She grew up in Bellefontaine and turned down an opportunity to work with "Cake Boss" Buddy Valastro in Las Vegas because she wanted to be home.

“Something was on my heart to say you got to stay in St. Louis," Weber said. "I'd rather be a big fish in a small pond than be a small fish in a big pond.”

She now lives in Old Town Florissant with her husband and their two kids.

“It’s just the best place to live. I love it. It's like a hidden gem,” explained Weber.

When a building came on the market right by their home, she knew it was meant to be. They worked so hard on remodeling and designing the perfect place for her bakery, Made by Lia, and then the pandemic set in.

“I was like, 'How can I open up my own business when the world is shut down like that?' You can never think of that happening,” she said.

Weber held tight to her family, faith and the community she loves with all her soul.

“At the end of this, there's going to be light,” she explained.

She recently launched her Kickstarter and has already exceeded her goal of $15,000.

“I've seen support from all over the country. It's been amazing,” she said.

Weber hopes her bakery becomes the place that gives customers that home feeling. The same feeling that brought this big time baker back to north county.

"This is not about me. This is about something I want to do for my community and St. Louis," she said.

If you’d like to support Made by Lia, you can do so on the Kickstarter page here.

What's Cookin' in the Lou: