Police dogs have attacked at least 40 bystanders, including their own handlers, in the last eight years. Some police departments are considering getting rid of K-9s. 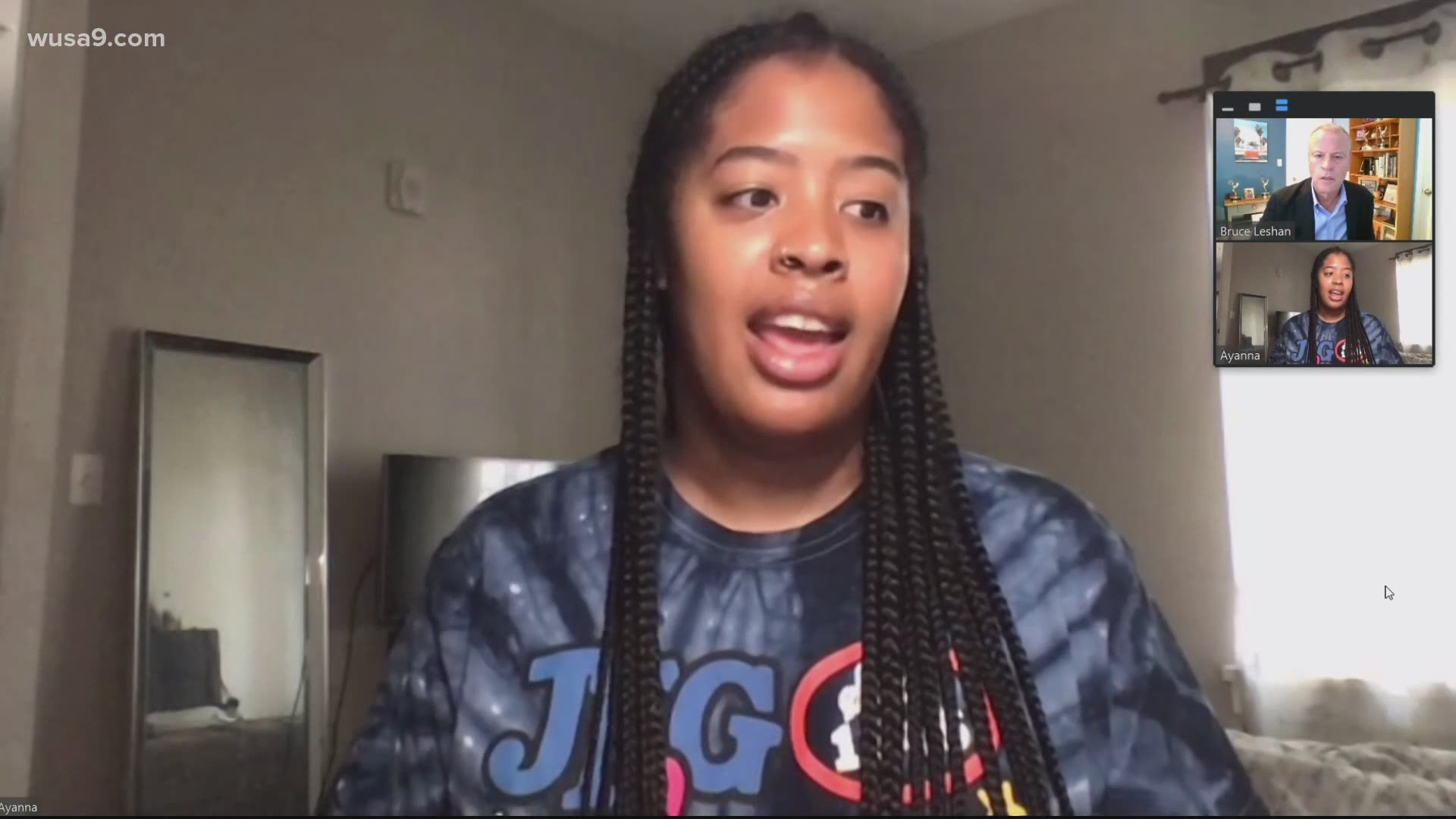 WASHINGTON — The Black Lives Matter movement has caused police departments across the country to re-evaluate enforcement tactics.  Now, an attack on an innocent D.C. woman, and a major investigation from the Marshall Project, has reformers considering how these changes should extend to the four-legged members of police squadrons.

In December 2018, Takoma Park Police were searching for a car thief in the area, but it was Ayanna Brooks who got hurt. She had been out for a walk with her own dog when a police dog named Drogo lept from a cruiser and bit her leg, refusing to let go, even as his officer struggled to pull him away.

"It felt like knives going into my leg," 29-year-old Brooks said. "It felt like he would never let go, it really did. And in my mind, it was like, 'Is this it for me?'"

A year-long investigation by a nonprofit called Marshall Project found that police dogs latch on to thousands of Americans every year-- some violent criminals, but others are low-level offenders.

In at least 40 cases in the last eight years, police dogs attack innocent bystanders, or their own handlers have become victims.

“It’s as if you were issuing officers guns that you knew, every once in a while, would just randomly fire," Georgetown University law professor Christy Lopez told the Marshall Project.

The City of Takoma Park settled out of court with Brooks for an undisclosed sum.

"Neither the K-9 involved in the incident, nor the dog's handler, works for Takoma Park at this time," the city manager said in a statement posted to the web.

The city's Reimagining Public Safety Task Force is reconsidering the use of K-9s. Salt Lake City, where an officer was charged with a felony last month for allegedly siccing his dog on a man who was trying to surrender, is also reviewing its use of police dogs.

"There's really a lack of awareness of how and when the dogs are being used to bite people," Abbie VanSickle, one of the authors of Marshall Project's investigative report, said.

Advocates say dogs have been disproportionately used on people of color since the Civil Rights movement began.

Brooks said if her injuries help lead police agencies all across the country to revisit using police dogs, "That would be the best possible outcome for me."

Police K-9 trainers say dogs are less lethal than guns, and that they help officers safely go home to their families at night.

But there is no national database that keeps track of incidents, and no national standard that governs their use. Some departments only allow K-9s to be used to subdue subjects in major incidents, others allow it for minor crimes.

Brooks said considering how many innocent people have been hurt, the money for dogs could be better spent elsewhere.