Charlotte woman recorded call with her mother not knowing it would be their last: "I had no idea we would lose her six hours later."

The powerful call is just one way a Charlotte woman is honoring her late mother. 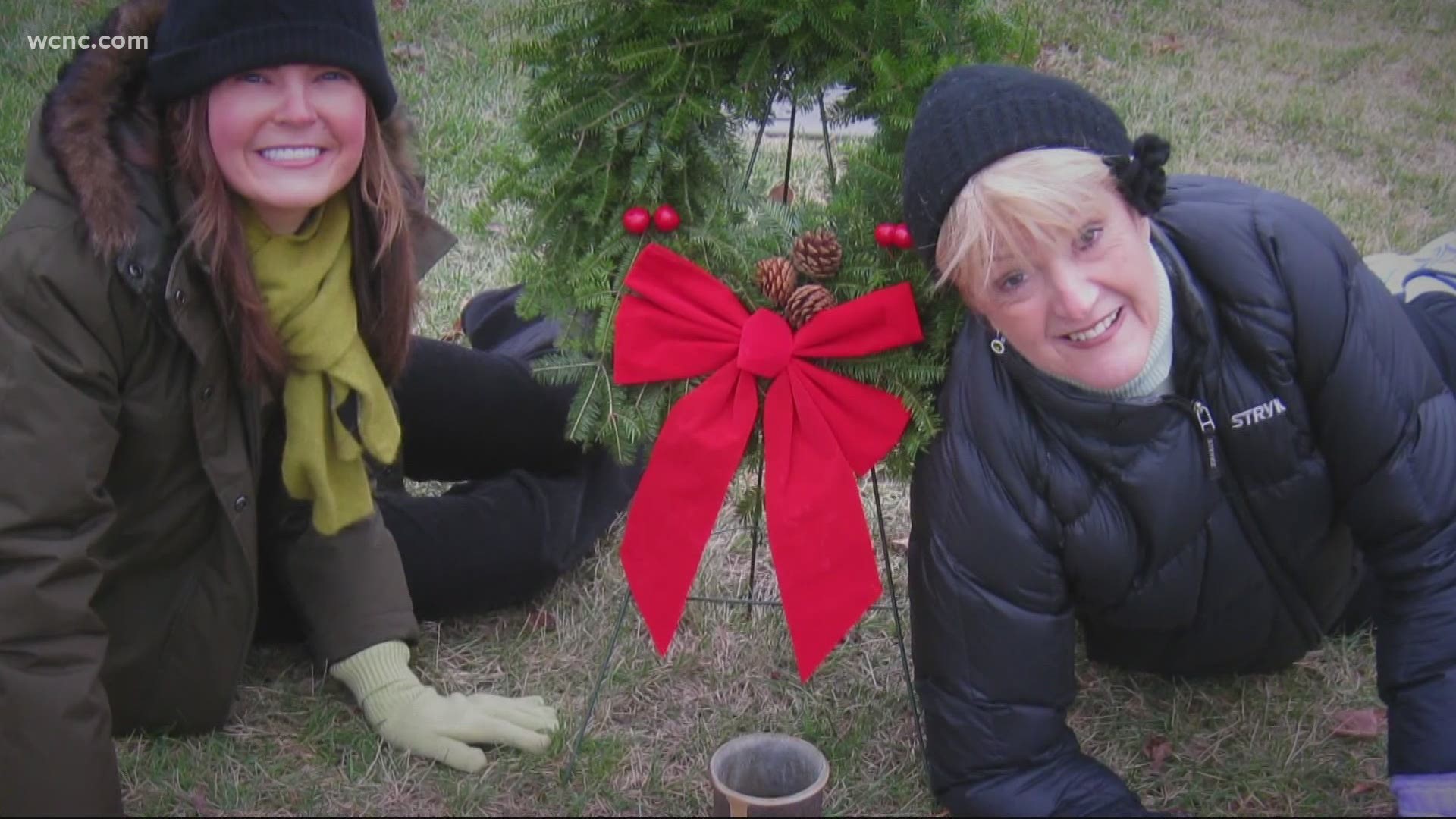 CHARLOTTE, N.C. — It is one of the most painful things you can imagine- the last phone call between a mother and daughter.  A Charlotte mother of two says she just happened to ask her husband to record it – not knowing her mother would die from COVID-19 hours later.

There are tons of photos and videos of her kids on her cell phone.

But there is one video that she keeps going back to. It's the last time she FaceTimed with her mom.

She also has a recording of the last time the two spoke. She happened to be in the car with her husband. Her mom was on speaker and Weiss asked her husband to record the call.

"I love you all, I love all of you very much," her mom said.

"I love you mom," Weiss said through tears.

"I love you too, you know I do sweetheart," her mom responded.

Much of the call is difficult to listen to. Weiss begs her mom not to leave her.

"I had no idea we would lose her six hours later."

This week the US reached a horrible milestone: 500,000 people dead from #COVID19 There is a mother, father, brother, sister... behind every number. Tonight I do my best to tell the story of 1. She was a beloved mother and grandmother. Tonight on @wcnc after the Golden Globes pic.twitter.com/yY7N2aFS9l

Cheryl Daigle was planning to come to Charlotte for her grandson Charlie’s fourth birthday and was going to stay several weeks through the Christmas holiday. The 76-year old felt fine but got a COVID-19 test before starting the drive from Washington, D.C., just to be safe.

"When she received the call, she'd began feeling achy," Weiss said. "She started to take a turn. She became extremely weak and fatigued, difficult to even lift her arms."

She’d been in and out of the hospital twice in a week’s time, but this third time was more serious.

"Every time the phone rang and I saw it was the hospital it was bad news," Weiss said.

Her mother was moved to the ICU.

"And from there she never really recovered," she said.

But Weiss still spoke to her mom every day – multiple times a day – just like they’d done their whole lives.

"I would consider her my biggest rock and cheerleader," Weiss said. "She kept me going when things would get tough."

Weiss has faced her own health crisis for years -- she has MS and four brain aneurysms that will soon require surgery – so her family has been extra cautious about COVID-19 -- and they thought fairly well-informed.

"The shock is unreal," Weiss said. "Yes I knew my mom was in the ICU fighting Covid but I really thought if we avoided intubation we were good. Probably more shocking because we were still speaking to my mom."

Her mom wanted to be moved to hospice.

"The shock was unreal, I thought he was insane," Weiss said. "I said why would my mom want to go on hospice? That’s for people who are dying. He says your mom has between hours and two weeks to live."

Her mom made it home – she died there just two hours later.

Weis has faced loss before -- her father and brother were both gone too soon -- but she says losing someone to COVID-19 was different.

"This is like getting hit head-on by a Mac Truck," she said. "As humans, we want to be with people and we want to touch and nurture and hug our loved ones and you will be robbed of that."

Christmas was tough – they tried to make it work for the kids, but the gifts she’d bought for her mom went untouched for weeks.

"I said what am I gonna do with these gifts? They were the last gifts I bought for my mom," Weiss said. "I decided I would pay it forward and I would give those gifts to somebody else. ... That’s what brought me the most joy."

She said she also loves hearing her mom's voice through old voicemails. They used to seem so ordinary, now they're an extraordinary gift.

“Christine, Hi honey you don’t have to call back," one says. “I’ll talk to you soon hope you’re doing good baby, love you...bye.”