Ever wonder why fire drills are held monthly in schools? Nearly 100 years ago, a local fire truck responded to a deadly fire which provoked the entire country to push for change. 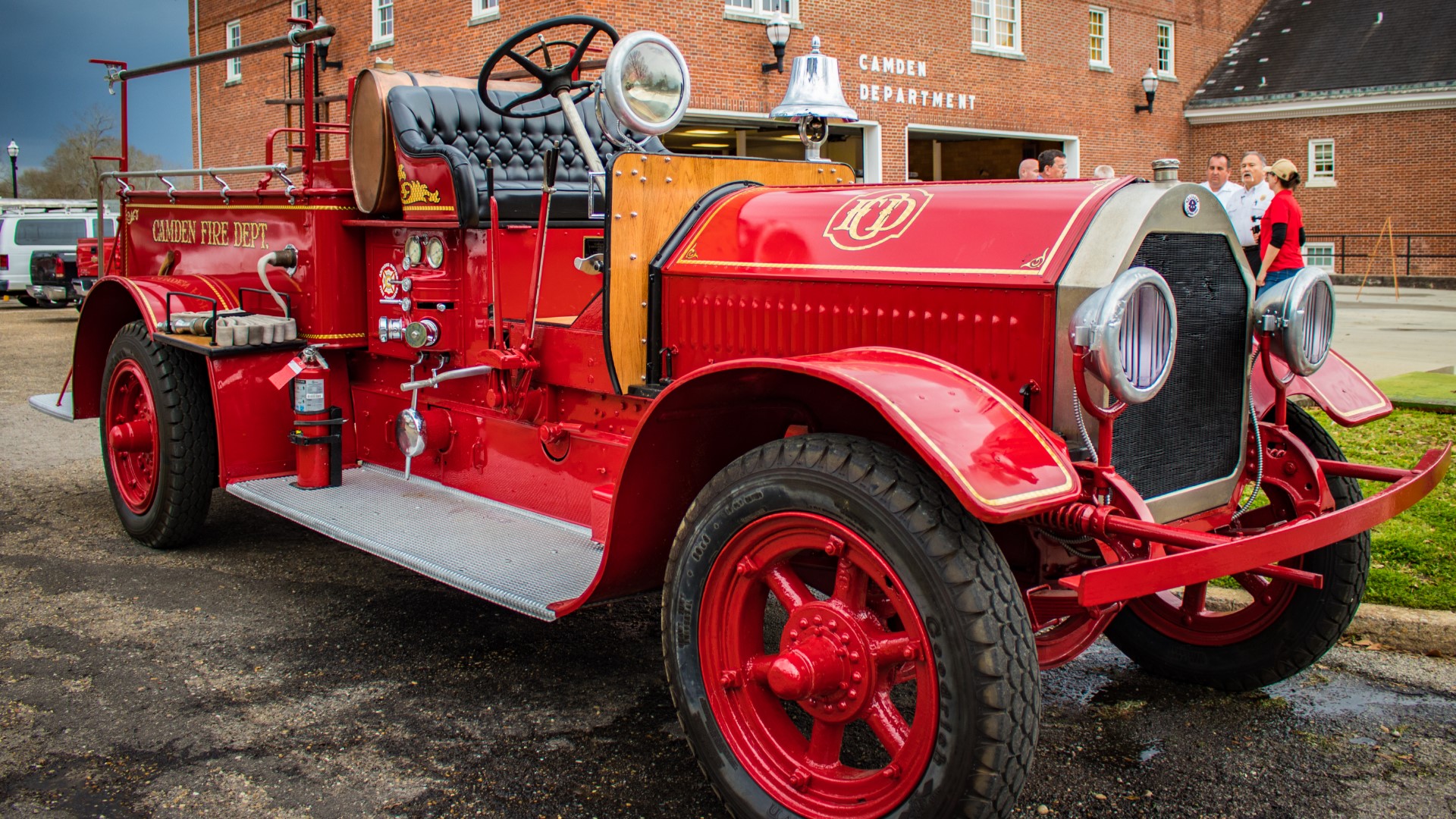 It was quite the step up from the horse drawn fire trucks that had been used.

This truck could do everything: it had a six-cylinder engine, it could carry equipment to a fire, and the best part was the pump on the engine allowed fire fighters to draw water from ponds and cisterns.

It was, to use a phrase from the time, “the bee’s knees”

On May 17th, 1923, the engine known as The Seagrave responded to the deadliest fire in South Carolina history. The Cleveland School fire.

That fateful evening a play, ‘Topsy Turvey,' was being held at the school. The two-story schoolhouse had two classrooms on the first floor and the auditorium on the second floor. A narrow stairway led from the classrooms to the upstairs, one way in and one way out, a design that was pretty common for schools at the time.

Many in the town, an estimated 300 community members, gathered at the Cleveland School to see the last play of the year, on the last night the school was to be used. It had been previously announced that the school would close after this school year and that these students would be the last to walk through these halls.

During the play, around 9 p.m., an oil lantern fell onto the stage. The massive crowd, hampered by narrow, chair-cluttered aisles, rushed to get to the only exit available: the 30-inch wide stairway. The wooden stairs collapsed, trapping people, and forcing many to jump from the second-floor windows.

A total of 77 people died in the fire that night, including 41 children, entire families and even the Kershaw County coroner. Every family in Camden was affected by the Cleveland School fire.

Homes were commandeered until virtually every residence had become a morgue or hospital. Most of the victims, hard to identify because of the fire, were buried in a mass grave at Beulah Methodist Church near Camden.

The fire was a headline in almost every major newspaper in the country.

Reports say the time the Seagrave arrived at the scene, it was too late. All that was left was rubble and ash.

Because of this fire, people wanted change. They wanted this to never happen again.

Think school fire drills have been around since schools?

Think that those occupancy signs the fire department puts up stating how many people may occupy a space have been around ever since buildings?

Those are all because of the Cleveland School fire that devastated the Camden community in 1923.

The fire was instrumental in creating the modern fire codes we have today.

Monthly school fire drills, exit doors that opened outward, no public assembly for school age children above the first floor, multiple exits and entry routes, wider aisle capacity, flame retardant stage material and props, and places that could hold more than 50 people had to have two ways in and out are all because of the Cleveland school fire.

So that people don’t forget this tragedy, the Camden Fire department restored their antique Seagrave.

Now, it’s used in parades and demonstrations, such as Fire Fest which takes place the last Saturday of September. Camden’s firefighters use their antique Seagrave as a way to talk about the changes that occurred, and to explain how the tragedy of the Cleveland School fire provoked the nation to create rules and codes to prevent anything like this from happening ever again.

Credit: WLTX
Members of the Camden Fire Department stand beside their 1920 Seagrave fire truck that they restored.