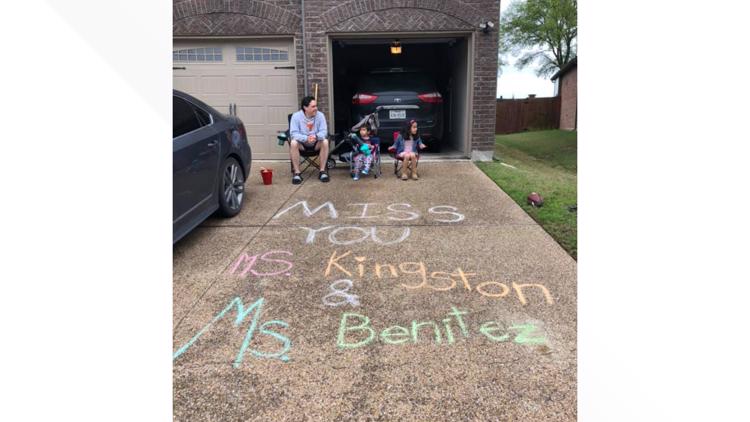 FRISCO, Texas — Few things will lift your spirits quite like a parade.

There’s just something about the honking, the waving, the sense of community and the fresh air that combine into a beautiful recipe for happiness.

That’s exactly why school districts across North Texas are participating in “Teacher Parades” while schools are closed for the COVID-19 crisis.

Teacher Parades are an idea born from social media in which teachers drive in a parade of cars, sometimes with their names or messages of hope written on the sides, and drive through the neighborhoods where their students live. It can all be done at a safe social distance, with families in their driveways, on porches or watching through windows and the teachers in vehicles.

“I am not an overly emotional person, but it was impossible to hold back tears seeing the camaraderie and love that was overflowing throughout the parade,” said Kristen Williams, a Frisco mother-of-two.

Her children’s school, Purefoy Elementary, participated in a teacher parade this weekend after another Frisco school, Robertson Elementary, saw great success with theirs. A video of the Robertson parade a parent posted to Facebook went viral, viewed 6.4 million times as of Monday afternoon.

Williams said parents got messages from their principal and PTA that it was happening, and they tried to keep it a secret from the kids as long as they could. When she eventually told her children, a third grader and kindergartener, they were thrilled to make signs to wave back at their teachers. She said the teachers made sure to cover every street, not leaving any children out of the experience.

Videos of teacher parades throughout the area show children, overjoyed to see their teachers, and teachers, beaming at the sight of their students, who they won’t see in class for some time. Photos posted to Facebook show children who’ve written sweet notes to the teachers in chalk on their driveways.

“Even people who do not have current elementary school aged kids were in front of their yards waving to the faculty,” Williams said. “It was an incredible thing to be a part of.”

That’s exactly what happened to Dennis Roberson this weekend. While his children are grown, he still lives in the north Fort Worth neighborhood where they went to elementary school and where his wife substitute teaches. He heard there was going to be a teacher parade for Park Glen Elementary School in the Keller ISD and was thrilled when he realized it was happening.

“I looked up and down the street, families were out, kids were out, and they had lawn chairs like the 4th of July or something,” Roberson said. “Everybody wanted to wave to their teachers.”

He said some teachers hung signs from their cars that said “I miss you.”

From Richardson ISD to Birdville ISD, Wylie ISD to Northwest ISD, districts around the Metroplex are holding parades, and other districts are finding ways to show their appreciation in other ways. 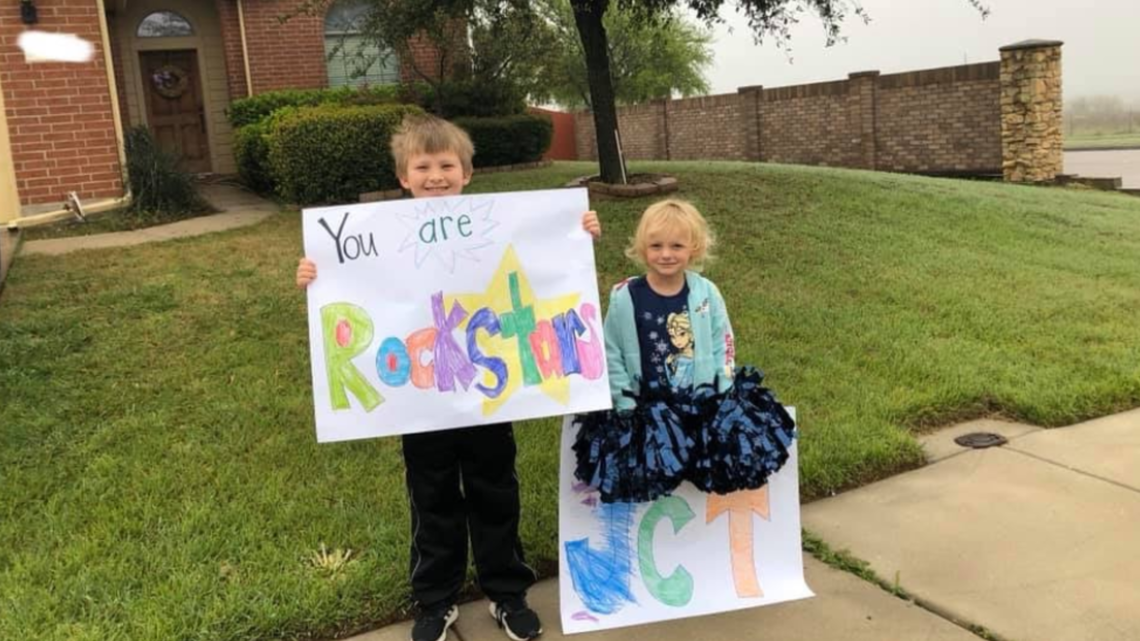 In Wylie, Wylie High School Principal Virdie Montgomery said he woke up to find his front yard decorated in school spirit signs. And in Lipan, southwest of Weatherford in Hood County, the district held a “Virtual Spirit Week,” where kids got dressed up in themes every day and posted pictures online.

Back in Frisco, they’ve had two schools already participate in teacher parades, and more are scheduled.

“It is simply a fun way for students and teachers to connect despite the school closure and for educators to continue to show students how much they care during this difficult time,” said Meghan Cone, spokeswoman for Frisco ISD.

Purefoy principal Kena Robertson said it made all the difference, lifting spirits when we need it most.

“The amount of emails and texts I have received from parents and teachers is huge,” Robertson said via email Monday. “It really was what everyone needed. Teachers said it filled their bucket and made their heart so happy to see their kids. Parents have been amazing and said it was the highlight of their week.”