It took 30 minutes to catch him - but less than a day for Harold to find a home. 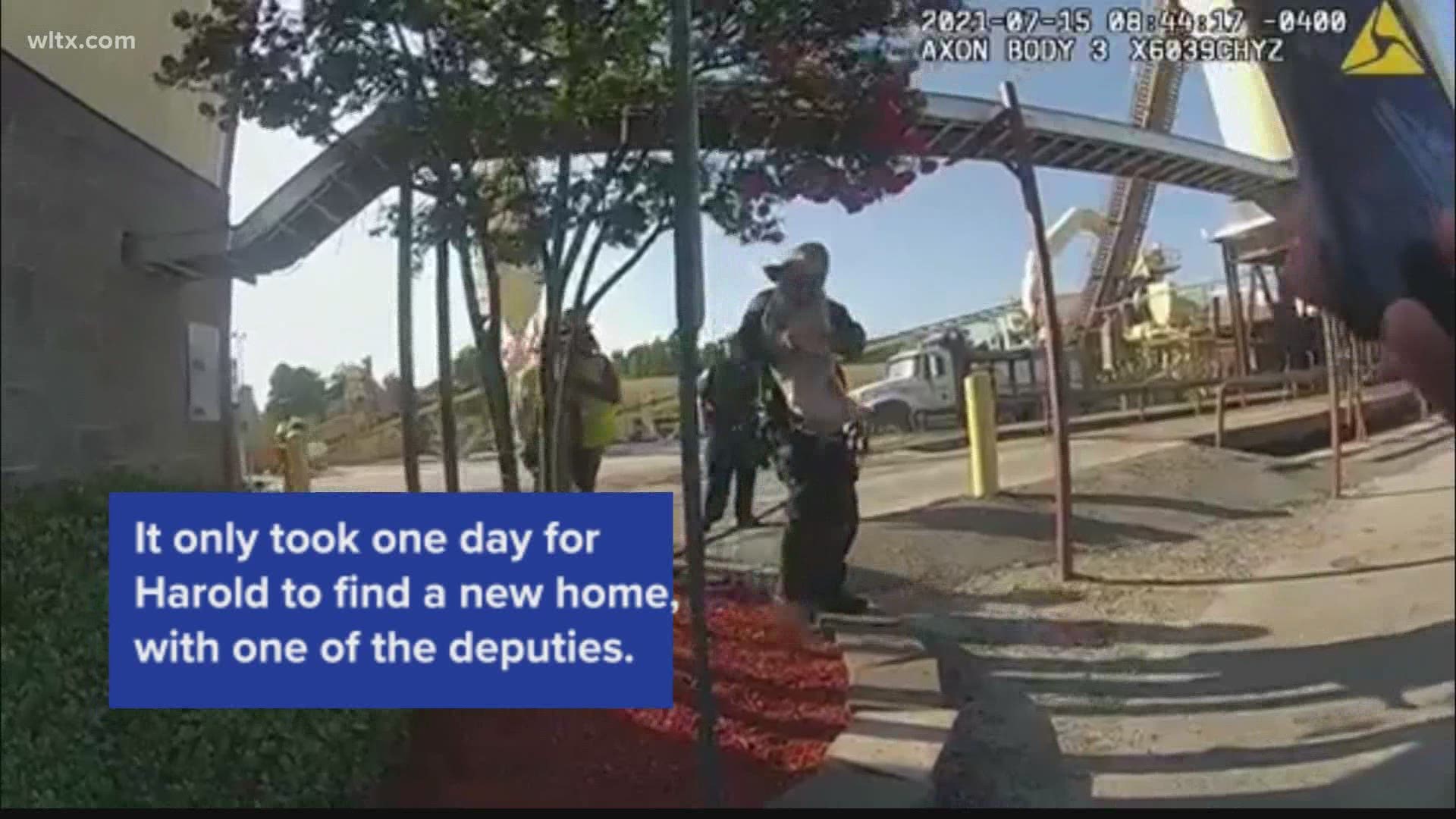 COLUMBIA, S.C. — A pig in a perilous predicament got a helping hand - and a new home - from Richland County deputies on Thursday.

The call came in around 8 a.m., according to sheriff's department spokesperson and deputy Sara Blann. Deputies were dispatched to the 600 block of Rosewood Drive in response to an "animal complaint."

That animal, as it turns out, was a pig who a witness said had been released from a vehicle nearby. After about 30 minutes, deputies were able to catch the pig and load him into a patrol car.

For a time, he was in the custody of deputies - or rather kept in a dog kennel - where he was able to get food and water. But still, there was one problem.

This pig needed a home - and a name.  Deputy Blann said word traveled quickly through the department. Soon enough, Investigator David Pitts decided he could provide both.

The pig, bestowed with the name Harold, now shares farmland with a family of goats and other animals. Video from his new home shows Harold getting accustomed to his new spacious abode - quite the upgrade from a Columbia roadside.