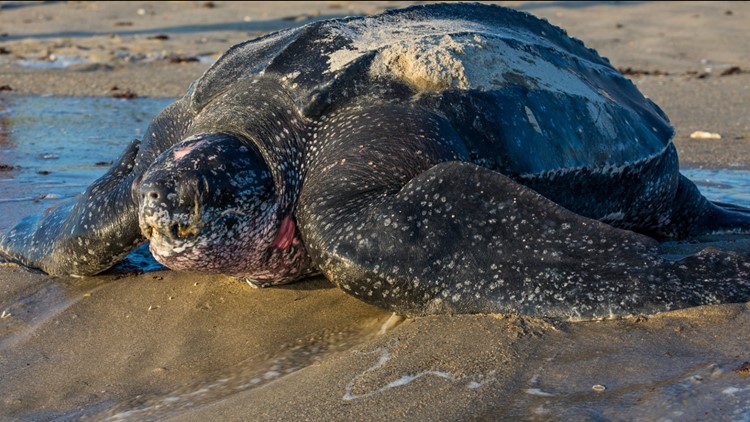 INDIALANTIC, Fla. — Florida beachgoers got the surprise of their lives Thursday while walking along Indialantic Beach: an 800-pound leatherback turtle.

This giant was working to finish off her nest camouflage before heading back into the ocean when she was spotted.

The University of Central Florida's Marine Turtle Research Group was on the beach during the experience and described it as the same feeling as hitting the lottery.

"They really do look like dinosaurs, don't they? Enjoy a dose of 800-pound turtle goodness," the group wrote on Facebook.

Wildlife photographer Jimmy Golian was out taking photos of the sunrise when he came across the turtle named Vienna. Golian typically goes out every morning in the summer to search for turtles but was not expecting to find such a massive leatherback.

Though, Vienna is not the first leatherback Golian has seen.

"Last summer I was able to photograph leatherback hatchlings which was amazing," he said.

Another local woman, Shelley Michel, was able to catch the experience on video, as Vienna worked on her nest. She was so excited when she got word of the opportunity that she jumped in her car still in her pajamas.

Writing in a Facebook group, "OMG!! What an incredible morning. I am still shaking! I get a text, I call back and ask 'Is she still there? Where?'”

According to Florida Today, researchers monitored Thursday's sighting and noted a metal ID tag on her rear flipper indicating that Vienna was tagged back in March 2016 while nesting in Juno Beach. 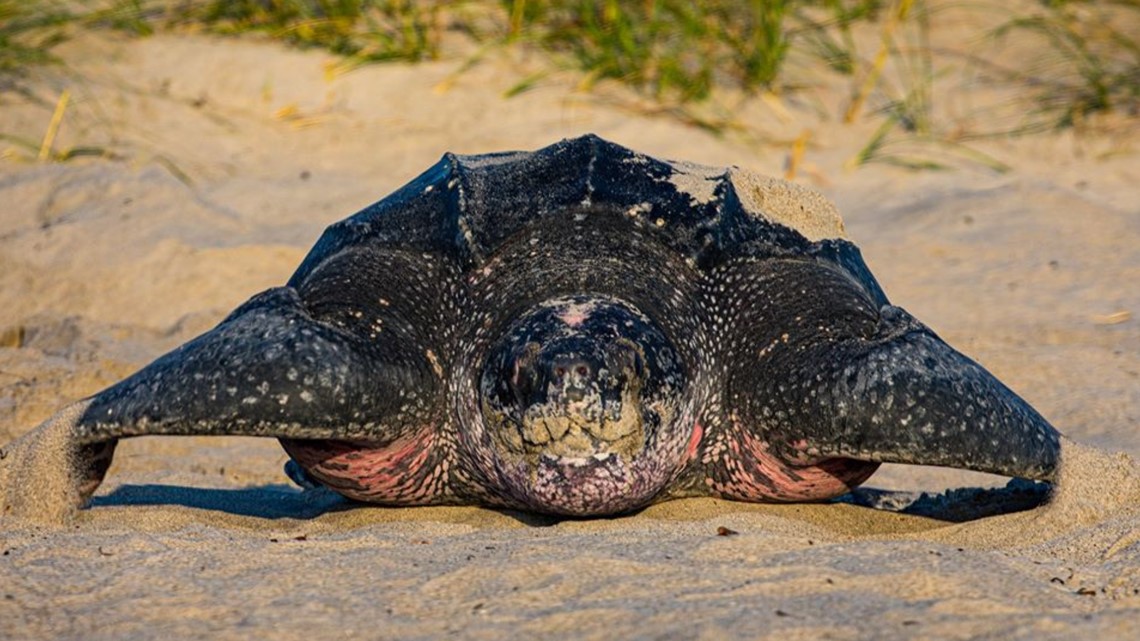 MOTE says that by early summer, the first hatchlings will venture into the waters.

If you encounter a nesting turtle or hatching it is important to remain quiet and observe from a distance.

On average, a leatherback turtle will reach six feet in length and anywhere between 500 and 1,500 pounds.

According to the FWC, leatherbacks are protected as an endangered species by the Federal Endangered Species Act. Their main threats are at sea, such as entanglements in fishing gear, habitat degradation, limiting nesting sites, watercraft hits and being harvested illegally for their meat and eggs.

Making this sighting not only a relatively rare occurrence but an important one.