Researchers investigating why black vultures are killing cattle in Indiana

Usually, vultures feed on animals that are already dead. But black vultures can be different. 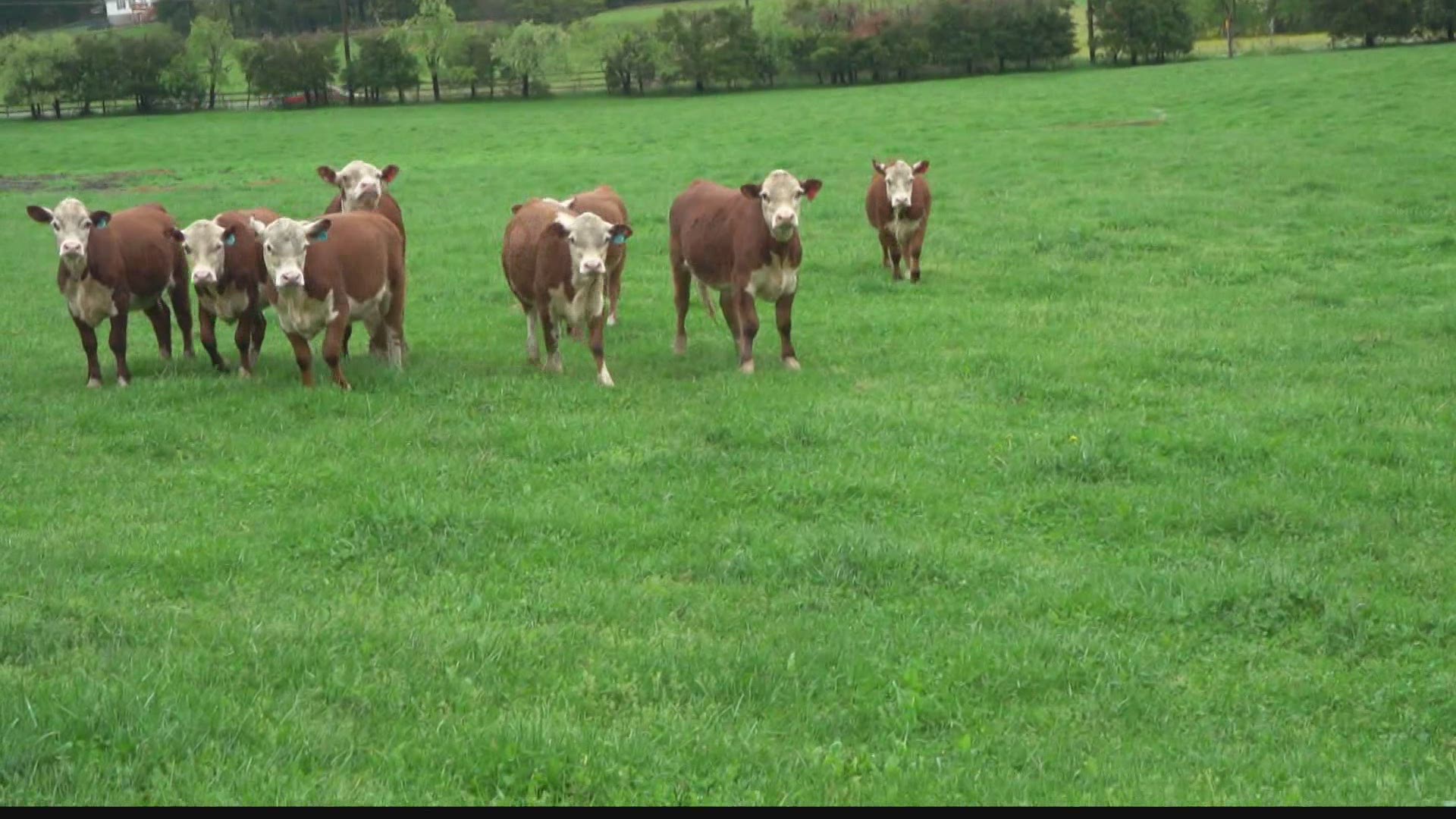 MILTON, Indiana — Vultures primarily feed on dead animals. In his 57 years as a farmer, Rollin Bach said he had never heard of a vulture killing anything.

But Black Vultures are different.

"Black vultures, from time to time, they will get aggressive and will take livestock, usually newborn animals. But we're really trying to understand what is the reality of that. There's a lot of anecdotal evidence, but if we can boil it down to science, this is the true rate it's happening at, we can better maintain the species," said Lee Humberg, state director of USDA APHIS Wildlife Services in Indiana.

Bach said some farmers in the area lost seven or eight calves — worth about $10,000. Over the past few years, Bach said he's probably lost about three cattle to the black Vultures. One of them was a full-grown cow that had trouble getting up after giving birth.

Bach said when he saw the birds around the cow, he thought she must have died.

"Well, went down there and she was still alive and these black vultures were eating at her," he said.

He estimated there were around 40 to 50 black vultures.

"Of course, the first thing they do is pluck the eyeballs out," Bach said. "They ate so much on her I had to get rid of the cow."

Bach said he's heard other stories of black vultures trying to eat a calf before a cow had finished birthing it. Humberg said his agency has heard similar anecdotes, but it's important to do research to have such claims be evidence-based.

These cattle are a source of income for the farmers, and protecting one's livestock from the birds isn't as easy as getting a shot gun.

"It's a federally protected bird but for a hundred dollars they'll let you kill a few of them," Bach said.

Bach said getting a permit in Kentucky appears easier than getting one in Indiana. But regardless, researchers said killing the birds isn't the solution.

"Vultures have a role. They're a native species and they're nature's clean-up crew," Humberg said.

"We have seen in other parts in the world where they have catastrophic vulture declines, they've had increase in rabies and increase in rats and feral dogs, which have cost billions of dollars in human health consequences," said Marian Wahl, a Ph.D student in the Department of Forestry and Resources at Purdue.

The birds are typically found south of the Ohio River, but they've migrated north. Researchers don't know why the birds are attacking livestock or how widespread those attacks might be.

But researchers at Purdue are looking into empirical data. Brooke McWherter, a Purdue graduate student studying at the Human Dimensions Lab, is focusing her research on the social studies science aspect of the relationship between black vultures and cattle.

"I'm a natural research social scientist, so my research focuses exclusively on how people are perceiving and interacting with these kinds of issues," McWherter said. She's conducting a survey to look more into the issue.

At the moment, it's unclear how widespread or how much of an issue black vultures present to livestock producers.

"That's what this research is hoping to collect. We're still in the process of collecting this data," McWherter said.

Purdue is hoping to evaluate the empirical significance McWherter's survey and by asking farmers to donate carcasses.

"The goal of my research is to find ways for livestock and black vultures to coexist in a healthy manner," Wahl said.

Humberg said there has been anecdotal evidence that effigies are helpful in deterring black vultures. But research is still needed to determine at what rate, and what types of effigies are most successful.

As for now, the presence of black vultures in Indiana is a fact, but that fact is surrounded by many anecdotes and unanswered questions that Purdue researchers are hoping to answer.