The building will be closed in August and they hope to reopen the newly-renovated site in the summer of 2022. 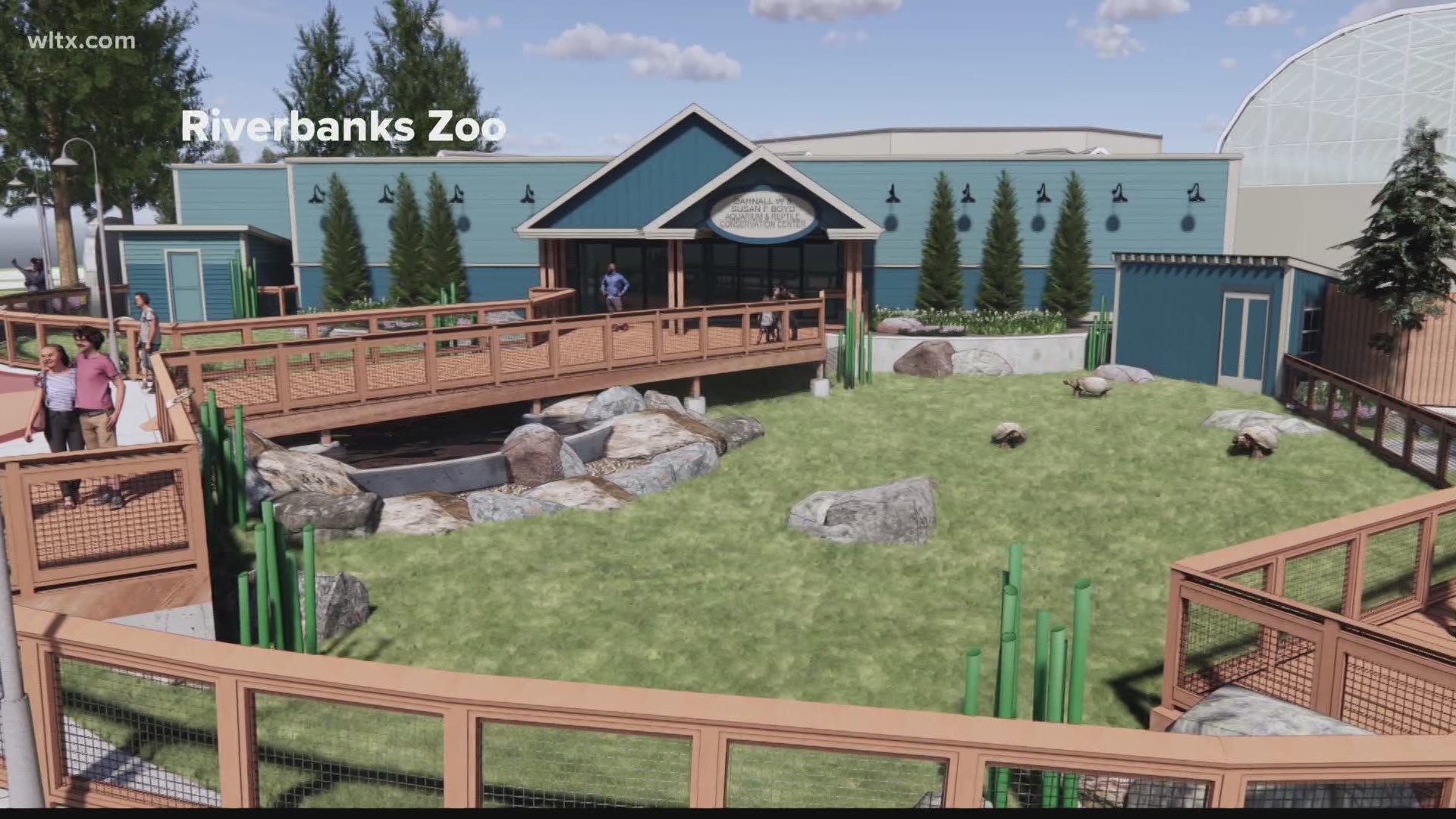 COLUMBIA, S.C. — The Riverbanks Zoo is preparing to make exciting renovations to its aquarium reptile complex.

“We’re very excited the Boyd to partner with the Boyd Foundation to make this happen,” said Jennifer Rawlings, the aquarium curator. “What I’m most excited about is that we’re going to be bringing some of the conservation work that we’ve been doing for years to the front of house for our guests.”

The Riverbanks Zoo has been working with Rescue Corals from the Florida reef tract due to a disease process that has been killing them.

“We have partnered with agencies down there to bring some of those corals into human care and so we have some here at Riverbanks,” Rawlings said. “Right now, they’re behind the scenes; so, after this renovation, they’ll be where folks can see them when they come to the zoo every day.”

The zoo plans on bringing back the Giant Pacific Octopus as well. Some of the animals that have been in the exhibit have been relocated. They've even relocated crocodiles to California.

Sean Foley, the curator of herpetology at the zoo, is excited about the big renovation for the building.

“A lot of the tropical habitat, all those animals are going to be transitioning to other zoos," Foley said. "There’s a few that are going to stay here, but that’s going to transition to a desert biome which is something brand new.”

There will also be a conservation lab with geckos.

“With this new renovation, we’re going to have a lab. There’s going to be a big wall of gecko exhibits but then you’re going to also be able to see in that room and see 400 geckos and what that actually is,” Foley said. “People will get to actually see the eggs and the incubation and all that stuff so that’s really exciting.”

The zoo is excited for people to see the changes once the renovations are complete.

“We’re just very excited for this opportunity and we’re really looking forward to what it’s going to bring here at Riverbanks and for our community,” said Rawlings.

The building will be closed in August and they hope to reopen the newly-renovated site in the summer of 2022.