The mystery has inspired theories for decades. You can check out some of the key spots investigators looked at while trying to determine the suspect's identity. 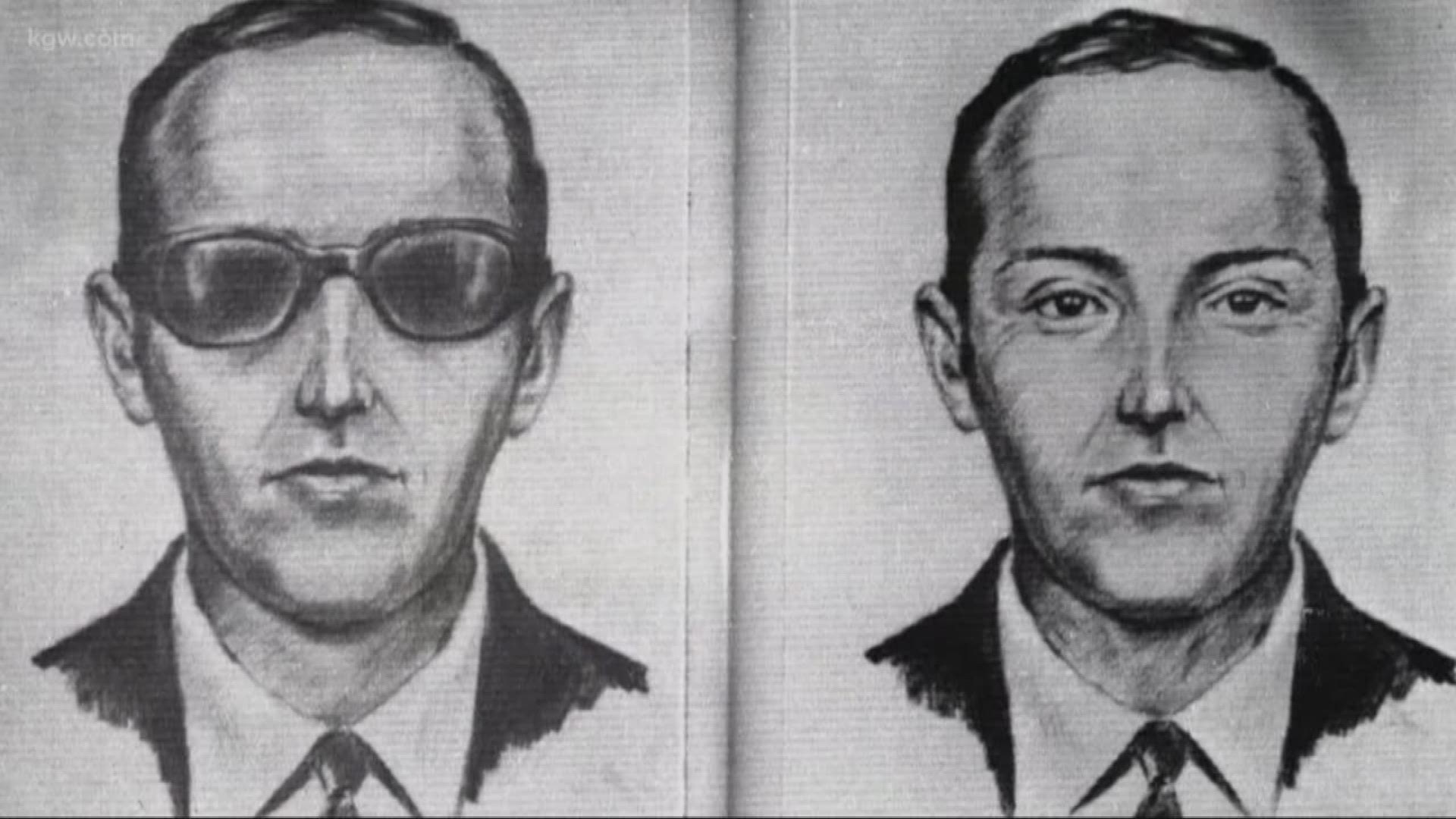 PORTLAND, Ore. — Portland, Oregon, Nov. 24, 1971. A man named Dan Cooper bought a plane ticket to Seattle with cash. Once in the air, he hands the stewardess a note demanding $200,000 in cash and four parachutes.

The plane lands in Seattle, the money is loaded and the plane takes off again.

Dan Cooper, dubbed D.B. Cooper, grabs the money and parachutes out the back, never to be seen again.

"It's a real-life mystery, so I think that's what makes it intriguing for so many people," said Eric Ulis, a historian and D.B. Cooper enthusiast of sorts.

Ulis wants to give those like him a chance to view a spot critical in the D.B. Cooper investigation.

"You get a chance to actually hear about the story of D.B. Cooper, the truth and what we know. Also, discuss theories and favorite suspects with me. Kind of the cherry on top, so to speak, is the opportunity to come out here and actually see where this money was found in 1980," Ulis said.

That money was found by a young boy while on a camping trip. The FBI recovered $5,800.

Ulis first became intrigued with the case once the money was found.

"I call this a guilty pleasure. This is just sort of something I just enjoy doing," he said.

Eleven years ago, Ulis started investigating it himself.

"I believe DB Cooper landed in the Ridgefield Wildlife Refuge, walked his way back to civilization, and once he got to this area, he came over here, buried the stuff, and then I believe he came back and later retrieved the ransom and that three of the packets were accidentally left behind."

There are 10 different times for the boat tour, each just over an hour-long. You can book a tour here

As for who is D.B. Cooper? It's a mystery no one knows.

The FBI investigated more than 800 people. Ulis believes he's narrowed it down to one.

"I believe that the real D.B. Cooper is a guy that is still alive today, he's actually 93 years of age. He actually became a suspect of the FBI's within one week of the skyjacking. The gentleman I'm referring to is a gentleman named Sheridan Peterson."