Domestic violence groups getting more calls for help during the pandemic 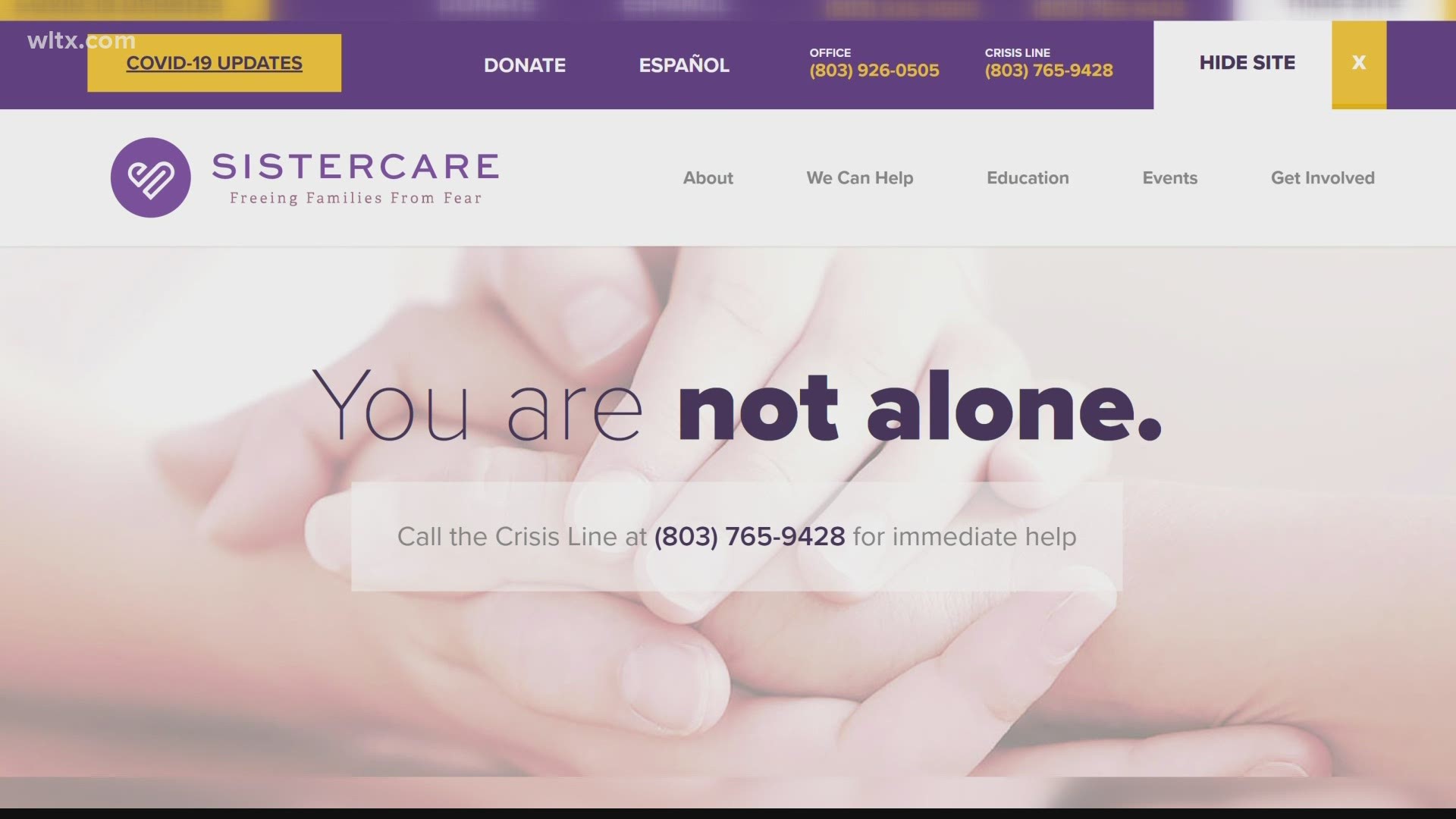 COLUMBIA, S.C. — October is Domestic Violence Awareness Month. Every year, South Carolina tops the list as one of the most dangerous states for domestic violence.

In 2019, 52 South Carolinians were killed by an intimate partner, according to SLED’s latest crime report.

Beth Young, a survivor and board member of the South Carolina Coalition Against Domestic Violence and Sexual Assault (SCCADVASA), said one in four women in South Carolina are victims of domestic violence.

“I am a survivor of domestic violence,” Young said. “In February of 1990 my husband took me into the woods and pointed a gun at me and told me he was going to kill me.”

Young was badly beaten by her abuser. She was able to flee with her two young daughters and get help.

“There’s no doubt that I would not be here now if there had not been a domestic violence shelter for me to seek refuge with my children. They literally saved my life,” Young said.

The Violence Policy Center releases a report every year called, “When men murder women” that tracks the rate of homicides of women, most of which are attributable to domestic violence.

“That report has been coming out for 22 years now, and for 21 of those years, we’ve been in the top 10. We’ve been number one multiple times,” said Executive Director of SCCADVASA, Sara Barber.

Today's the day! It's #SCDVAMDayofAction. Join us by showing off your PURPLE, sharing yesterday's post & encouraging people to donate $52+ to honor the 52 South Carolinians who lost their lives in 2019 to Domestic Violence. #PurpleThursday💜 #WearShareCare https://t.co/EaOwW3EbCD pic.twitter.com/1Cc6nR1oZ7

Last year South Carolina was ranked 11th on the list, but Barber said the pandemic may be making things worse.

“With the economic dislocation the pandemic has caused, we know that economic hardship is a correlate of Domestic Violence. People are together a lot more. Victims may have lost their only time when they can call and seek assistance; whether it’s because their abuser was at work, they were at work or children were at school,” Barber said.

Barber added that they're seeing anecdotal evidence that the level of violence is also getting worse.

Sistercare, an advocacy group for victims of domestic violence in the Midlands, has had an 86% increase in calls to their crisis line over the past 6 months compared to last year. Barber said SCCADVASA has also seen a higher volume of calls.

Despite the pandemic, both advocacy groups are offering their full range of services.

If someone in the Midlands area needs help, they can call the Sistercare crisis line at 803-765-9428. Sistercare offers emergency shelter, counselling, support groups and much more for victims and their children in Richland, Lexington, Kershaw, Newberry, and Fairfield counties.

SCCADVASA works with advocacy groups, like Sistercare, across South Carolina. They can connect people to the right organization for them. SCCADVASA’s number is 803-256-2900.

“We encourage people that if they need help to please reach out,” Barber said. “The first step is to find somebody you trust to talk to, or one of our member programs who are experts in helping you plan your way to justice and healing - even if you’re not ready to leave.”