MARIETTA, Ga. — A Marietta man marked a major milestone when he celebrated his 103 birthday.

Julian celebrated this big birthday Sunday, March 17 with a luncheon at the Macland Road Church of Christ.

Julian said his longevity is because of his hard work and clean living. Julian jokingly said, "I just keep breathing." The 103-year-old has seven siblings and one son and daughter-in-law.

Bill Simms, Julian's son, said it's pretty remarkable that he gets to see his dad everyday. He said some of his fondest memories with his dad is when they would fly all over the country together. Julian said he spent most of his life in the aircraft business as a mechanic for Lockheed aircraft. He said he actually helped build the Lockheed's first jet and even saw it in the Smithsonian. 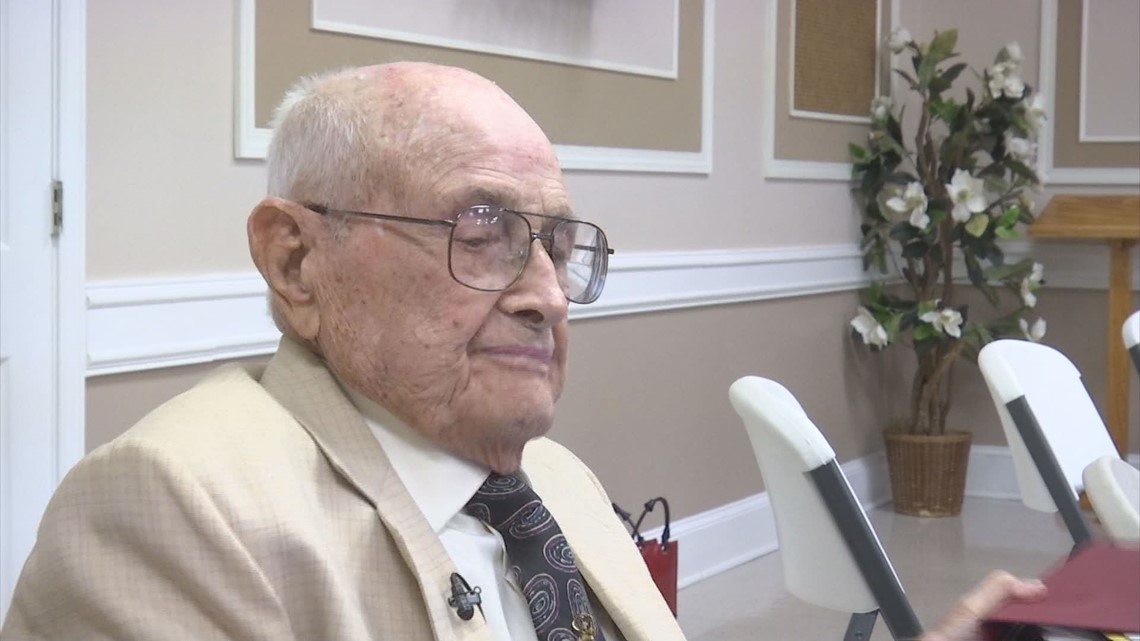 Julian still does certain duties around the house like mowing his grass.

Bill also joked about being Julian's only child, "Well I'm the only one who takes care of him," Bill joked. He said the two of them are neighbors.

Bill said he is "blessed with longevity" from his dad's side of the family.

She's the granddaughter of a slave. She's turning 111.