"As I started to think to myself, 'I can do this,' and not think about the hard things — it got better," said 12-year-old Luke Akard. 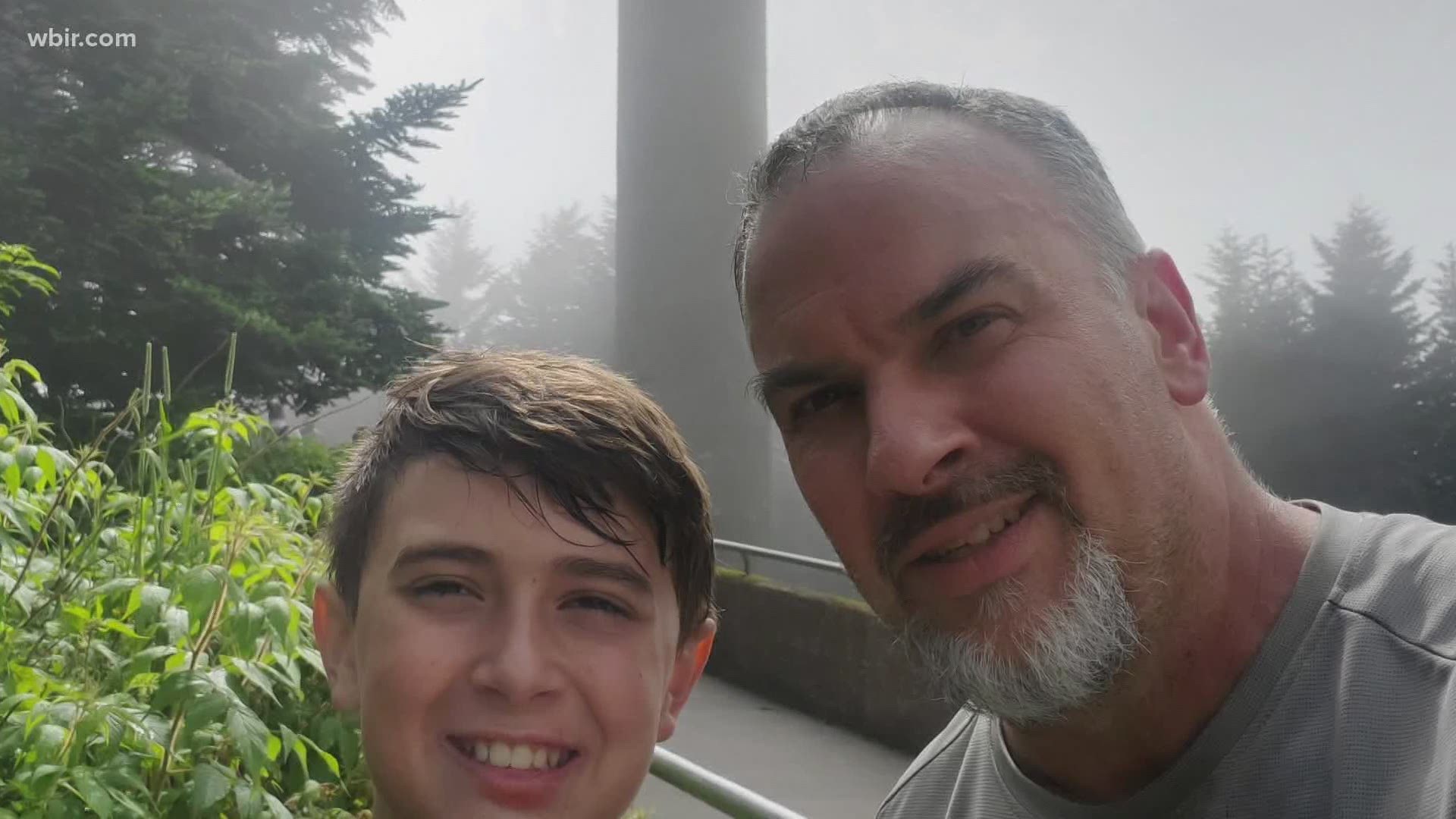 SEVIER COUNTY, Tenn. — To hike every trail in the Great Smoky Mountains is a big deal. There are roughly 801 miles of them.

But to do it starting at 4-years-old is an even bigger deal.

That's what one Knoxville boy did, who spent eight years hiking all of the Great Smoky Mountain's trails.

"As I started to think to myself, 'I can do this,' and not think about the hard things — it got better," said 12-year-old Luke Akard who hiked with his dad, Kevin Akard, for eight years to trek every trail the national park had to offer.

The mountains were calling Luke when he was just 4 years old.

"We went on a hike on some easier trails, but still did 10 miles," said Kevin. "Over the next 3-4 years, we'd occasionally hike but not consistently."

From there, the pair was unstoppable. But finishing every trail the Smokies had was unthinkable.

"In 2018 we made a secondary goal to hike at least once a month, every month that year," said Kevin.

At that moment, finishing the long list of trails at the national park didn't seem so far away.

The father and son hiked the same amount, more than 200 miles, in 2019. They started off 2020 with no intention to stop exploring the mountains, but the pandemic hit changing everything.

On Wednesday, 12-year-old Luke and his dad finished all 801 miles. It was a bittersweet moment.

"There was a little part that was sad because that was where we could go and be together without much of the outside world bothering," said Luke.

But the lessons learned along the way were priceless.

"We set a big goal and taught him to work towards things like that and how to deal with adversity, struggles and have perseverance," said Kevin about his son.

Luke is now one of the youngest, if not the youngest, hikers to finish all the trails. A park spokesperson said there is no official clearinghouse where information like this is collected about park users.

"The pride I have in him is overwhelming," said Kevin.

Facing a lot of challenges along the way, Luke said as long as people set their minds to something, anything is possible. The father and son duo have now joined the 900 Miler Club, even though they've actually hiked more than 1,000 miles.

They said they may be up for a second round of hiking the trails. They're also looking forward to setting other goals and going on more adventures.