The dream has come true for White Castle cravers in Florida. 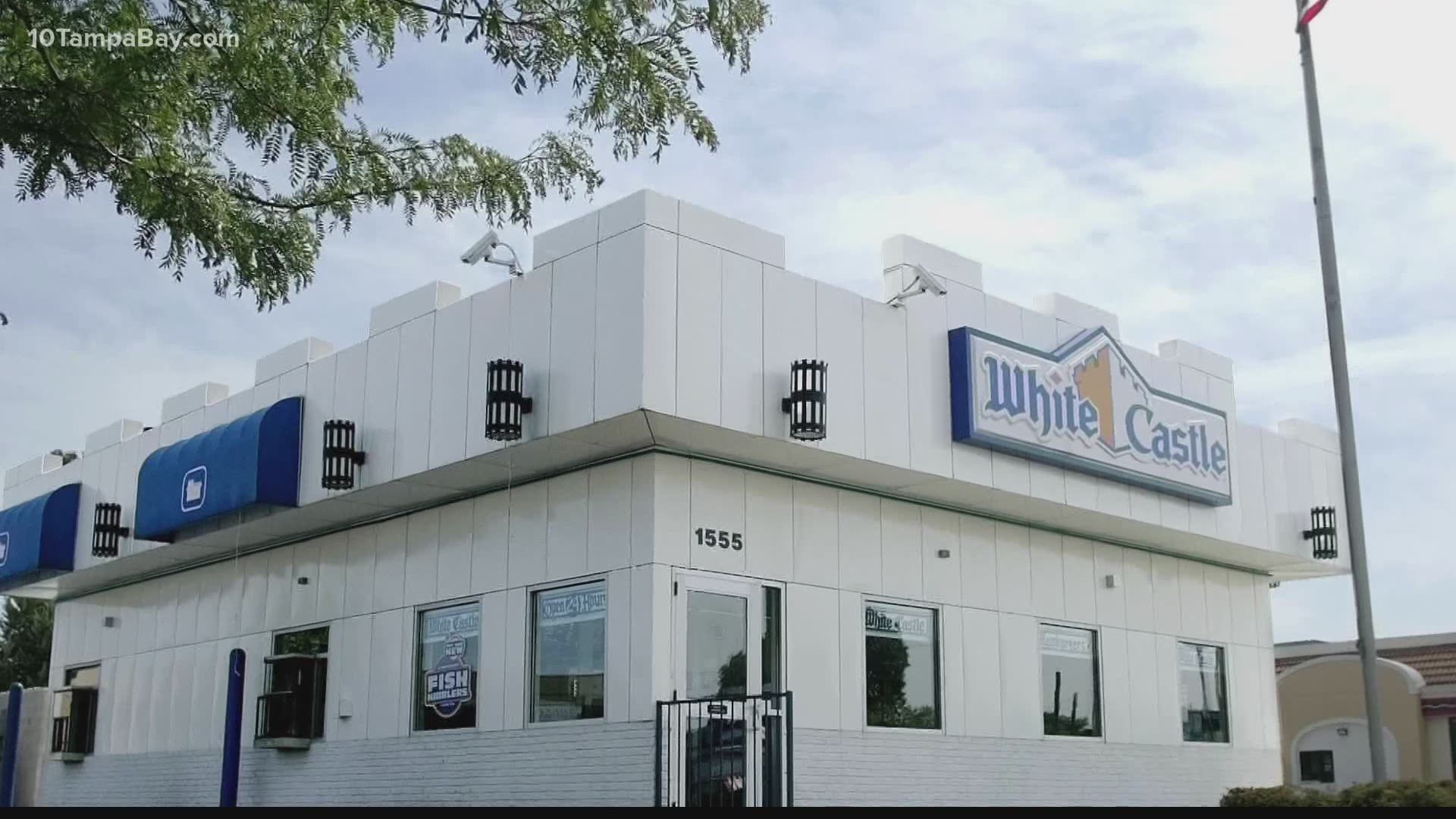 ORLANDO, Fla. — All that pent-up demand for burger sliders in Florida forced the state's newest restaurant to close up shop on Wednesday but just for a day.

The previous story is below.

That craving for some White Castle sliders soon will be satisfied.

The popular burger chain is set to open a brand new Florida restaurant Tuesday, Feb. 23, near downtown Orlando, according to the Orlando Sentinel. It's been a long time coming, with the company announcing initial groundbreaking plans back in 2019.

It's also been more than 50 years since White Castle operated a few locations in the Miami area. The Naples Daily News says the company founder started those stores not long after retirement, but they closed after they couldn't operate far from their suppliers.

The Sentinel reports the White Castle location is part of a larger property known as a "ghost kitchen," which doesn't have dining rooms, owned by Uber founder Travis Kalanick.

People looking to place an order for a White Castle Crave Case, some chicken rings or maybe crinkle-cut fries can do so on the Uber Eats app within a 15-minute radius of the location at 18 N. Dollins Ave., the Sentinel reports. Initially, orders will be for delivery only but takeout will be considered in the future, White Castle vice president Jamie Richardson told the newspaper.

"Having a virtual kitchen provides us the opportunity to be even more available, and at the same time, to give our new friends and neighbors in Orlando a taste of what’s to come as we continue to move towards opening our new location at O-Town West," Richardson said in a statement.