Shirley doesn't remember everything every day. She's 91 and fighting dementia. But she remembered Leonard and the love they've shared for 72 years. 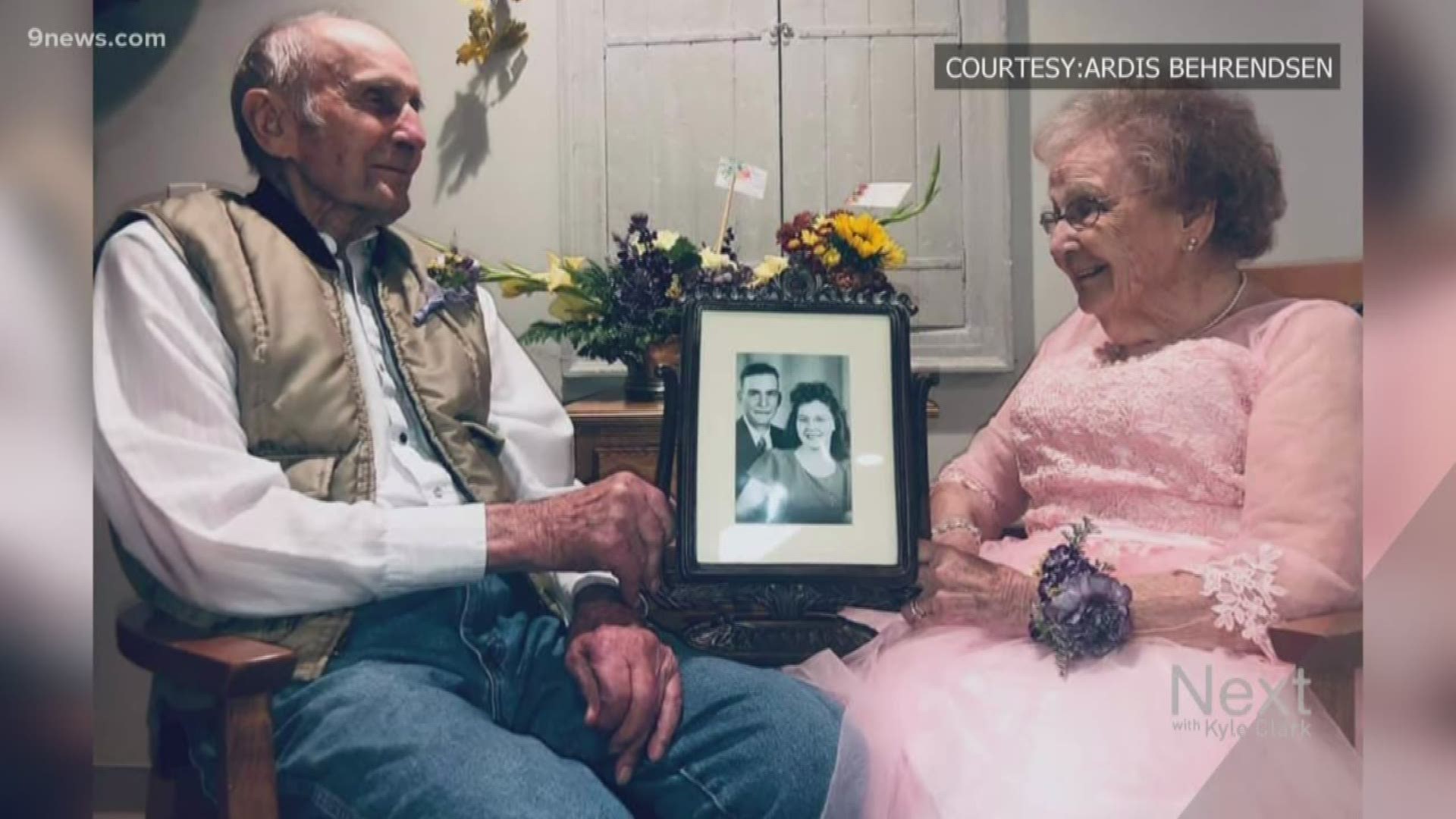 BURLINGTON, Colorado — Not many couples get the chance to say they’ve been married for seven decades.

Leonard and Shirley Matties are some of the lucky few.

This week, on Oct. 11, they began their 72nd year of marriage, and they celebrated at Grace Manor Care Center – the assisted living facility in Burlington, Colo., where they live.

The couple used to live on one of Colorado’s Centennial Farms, a property formally recognized by the state after remaining in a single family for a century. They sold it in 2007 and moved to Burlington.

Today, Shirley is battling dementia, but she remembers her husband. With the help of the staff at the facility, she dressed up to recognize her anniversary

A woman who works at Grace Manor shared photos from the day on Facebook, writing:

"(With permission from my resident’s family, I get to share some pictures about the most amazing day I have had since working in healthcare). I have been working in long term healthcare since I was 16. Working with the elderly has always been a huge passion to me. What I got to be a part of today was the most beautiful experience, this amazing couple has been married 72 years today. Not only was I able to get this beautiful bride a dress and doll her all up, but I was also able to take pictures of their very special day and capture the love and commitment they have for each other, even after 72 years. Leonard and Shirley are such a beautiful example of what true love is and prove that when you truly love someone, you fix what is broken and love each other through all the hard times you may face. I can’t even begin to tell you how it felt to witness so much love and emotion today, seeing the look on Leonard’s face when I brought Shirley out was one of the most beautiful things I have ever seen. It’s days like today that I feel so blessed to do what I do..... because in the end, love is the only thing that truly matters. Thank you Leonard and Shirley for reminding me what life is all about, you are truly an inspiration to me. I love you both.”

Video from the day shows Shirley being wheeled out to Leonard in her wheelchair. He laughs with excitement as soon as he sees her.

Next with Kyle Clark spoke to Leonard and Shirley's daughter, who said Shirley lit up when she put on her new dress. Her daughter said she was immensely grateful for the staff who helped make the day so special for her parents.

SUGGESTED VIDEOS | Full Episodes of Next with Kyle Clark