"But I feel like, the more you put it out, the more it'll affect other people and the more they'll want to do good for their communities," Pinny the barber said. 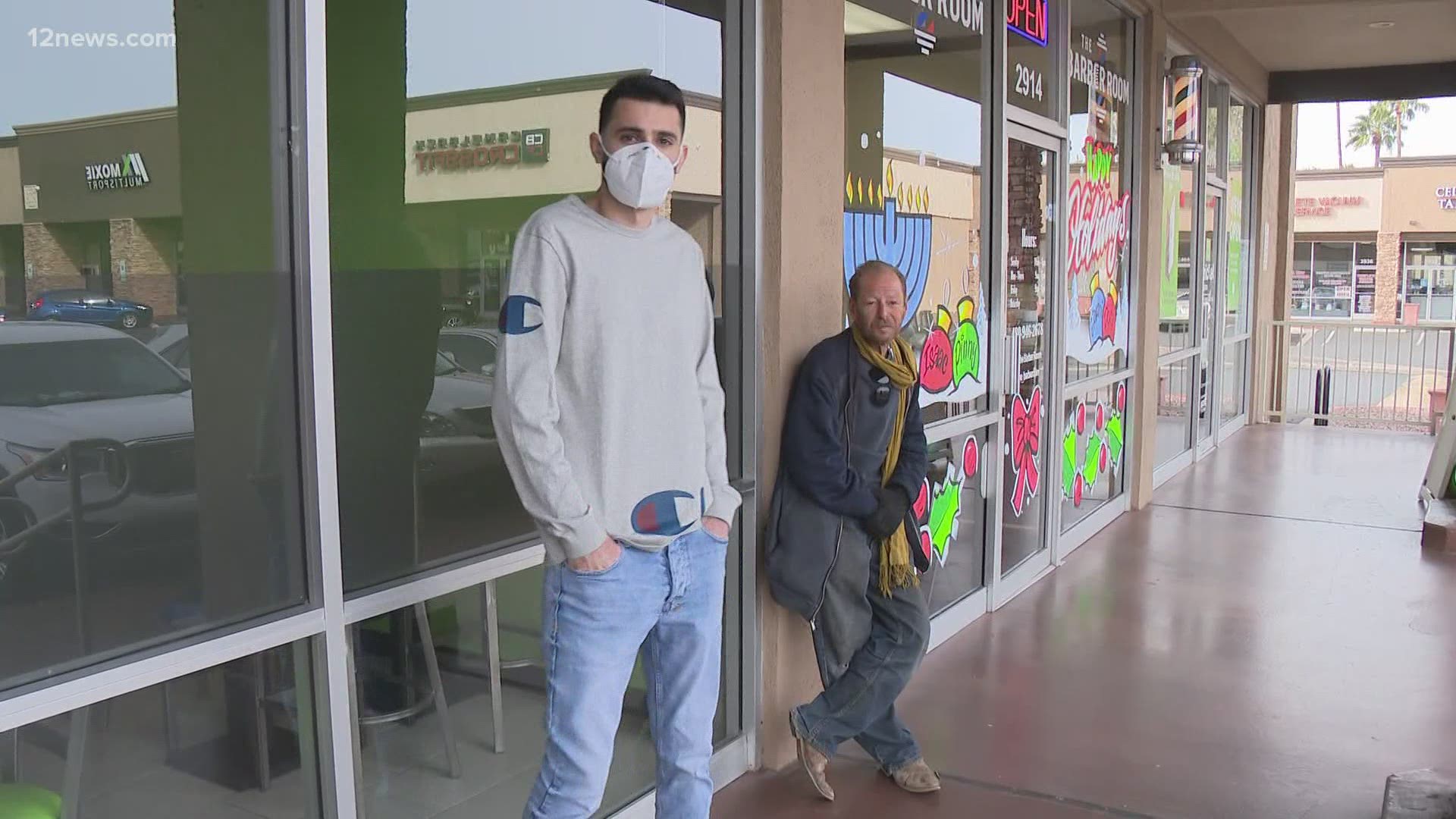 SCOTTSDALE, Ariz. — A simple act of kindness is bringing together a Scottsdale barber and a homeless man who lives on the streets near his shop. Now, a free hair cut is going viral on social media, inspiring not only Arizonans but folks around the globe to give back this holiday season.

Living on the streets, all of his belongings in hand, Eric walked into Pinny's Scottsdale Barber Shop.

"Just kind of wanting to talk, you know, chit chat, kind of like admiring our barbershop and I just figured hey man, let me give you a haircut, you know?" Pinny Maksumov said.

Pinny, the owner of the Barber Room, set Eric up, giving him a good trim and shave at no cost.

"We just clicked," Pinny said. "We were talking. Great guy, unfortunate story. He's got some family issues going on."

Sharing the act of kindness on TikTok. Hoping to encourage others.

"You know, you're always going to have your haters. You have your one percent of people, 'Oh, you could've done it on the low. Why'd you have to do it on video?' But I feel like, the more you put it out, the more it'll affect other people and the more they'll want to do good for their communities," Pinny said.

Pinny, never expecting his video would go viral with more than two-million views.

"Which is pretty crazy because I literally just started my Tiktok like a month ago," he said.

With so many positive reactions on social media, we hit the South Scottsdale streets to find Eric. And when we did, he talked to us about how much he needed this clean-up.

"It was bad. It was hanging down," Eric said. "I couldn't manage it anymore."

And then the moment millions have watched, Erik's face lighting up when he sees his new look for the first time.

"It was excellent," Eric said. "You know, I needed a haircut bad and a shave."

A simple act of kindness, creating connection and inspiring others during a holiday season like no other.