Arizona officer drives WWII veteran 2,200 miles when he couldn't be convinced to fly to new home

Howard Benson didn't want to leave his things behind, so Sgt. Jeff Turney made sure he got to Florida safely. He took personal time to do it. 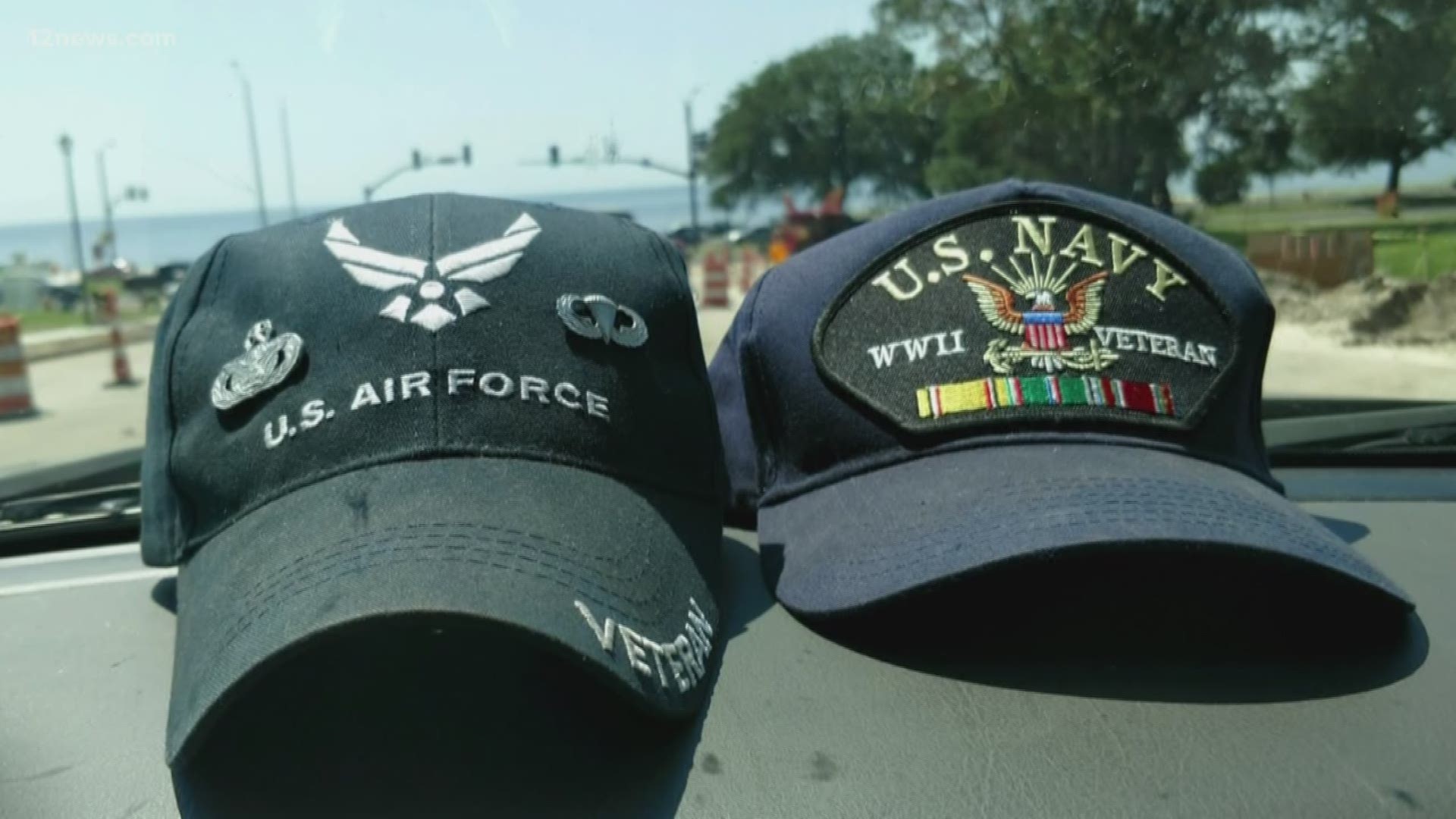 GLENDALE, Ariz. — What began as a routine call for service turned into a cross-country trip for one Glendale Police officer last month.

The 93-year-old Benson, who turns 94 in September, was about to move from Glendale to Fort Myers, Fla. He had hundreds of pounds of personal items that he wanted to take with him, and so he decided he'd drive himself the more than 2,200 miles between the two cities.

Worrying for his safety, Benson's son called the Glendale police, and the responding officer contacted Sgt. Turney, who works with veterans groups in his spare time.

Turney tried to talk Benson out of driving.

"Within a few minutes I realized I wasn't going to be able to talk him out of it either," Turney said.

That's when Turney made a decision.

"I said if we can leave on Wednesday I can be back to work on Saturday. I can drive you."

Benson took Turney up on the offer, and the two set off on a cross-country trip in Benson's 2003 Ford Expedition, hauling a trailer. The trip took place on Turney's personal time and was in no way taxpayer funded.

Benson told Turney about Pearl Harbor and President Franklin Roosevelt's fireside chats. He talked about his kids and how much he loved them.

He went over nearly 94 years of history one mile at a time.

The pair stopped in Biloxi, Miss. at Keesler Air Force Base, Turney's first duty station. They passed through Pensacola, where Benson spent time at a Naval base while serving during World War II.

All the while, Benson told Turney his life story.

"We finally were on the other side of Pensacola, Florida, and he said, 'Jeff, I think I’m out of things to say,'” Turney recalls.

Eventually, the duo made it to Benson's new home, a senior care facility in Fort Myers. The place knew they were coming.

"The entire care facility was waiting for him with flags and banners and one older lady was singing patriotic songs," Turney said.

The Benson family was very grateful and paid for Turney's flight back to The Valley. They also insisted on paying him on top of that, but Turney said he has since donated the money to a veterans group.