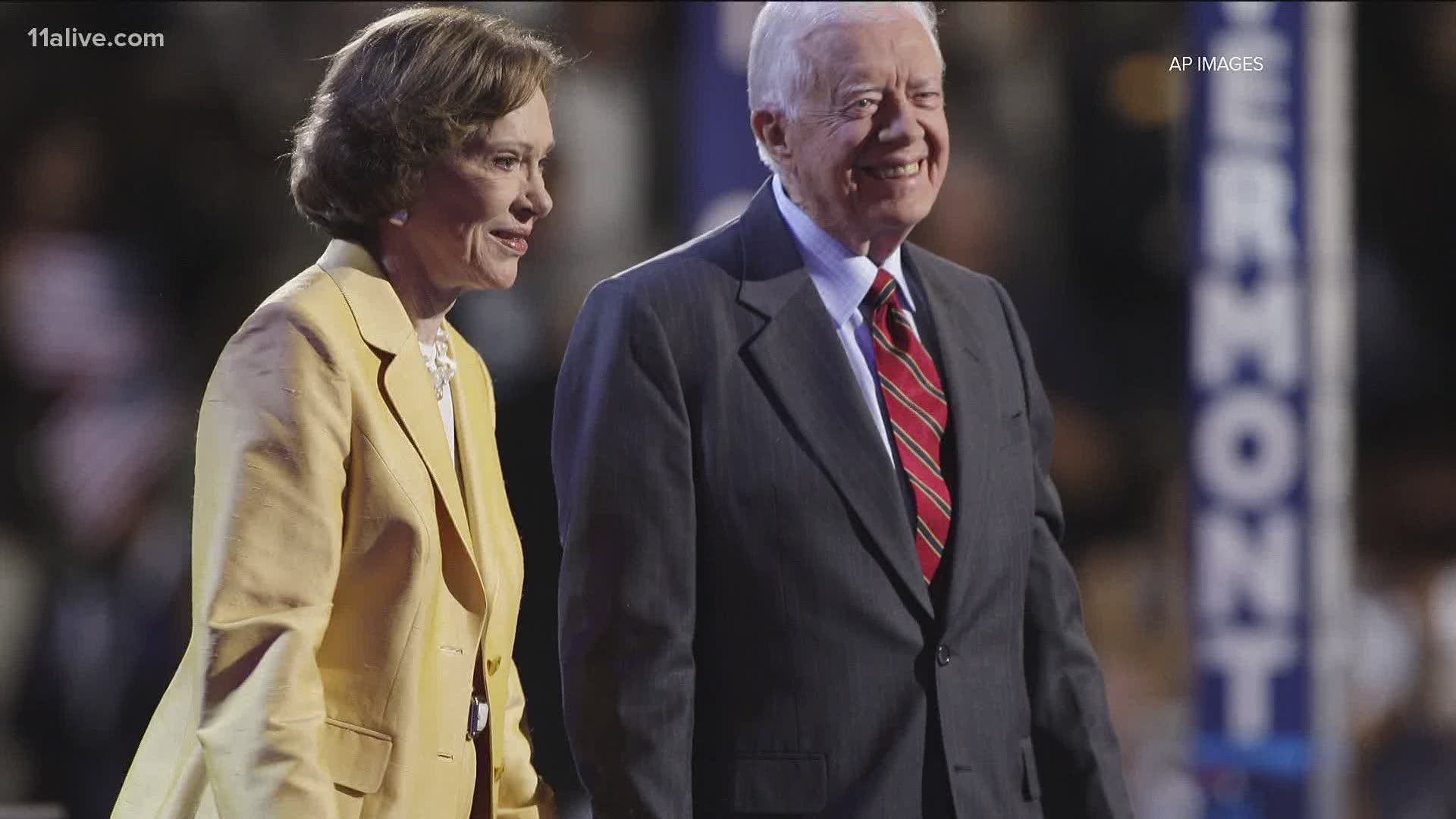 The Carters are officially the longest-married presidential couple as of Thursday, according to a post by the Carter Center.

The Carter Center posted on Facebook that Jimmy and Rosalynn Carter have now been married for 26,765 days, which works out to a staggering 73 years, 3 months, and 10 days.

According to the Associated Press, reporting on the couple’s 73rd anniversary this summer, the previous record was held by George H.W. Bush and Barbara Bush.

The Carters, now 95 and 92, are still going strong – President Carter recently shrugged off a black eye he took in a fall to lead a Habitat for Humanity build in Nashville, where he was accompanied by Rosalynn.

The couple have four children and 21 grandchildren.

Their secret, they shared in July, is that "we give each other plenty of space."

Jimmy & Rosalynn Carter in love through the years