The department is rewarding the man with a citizen award for his "heroic efforts." 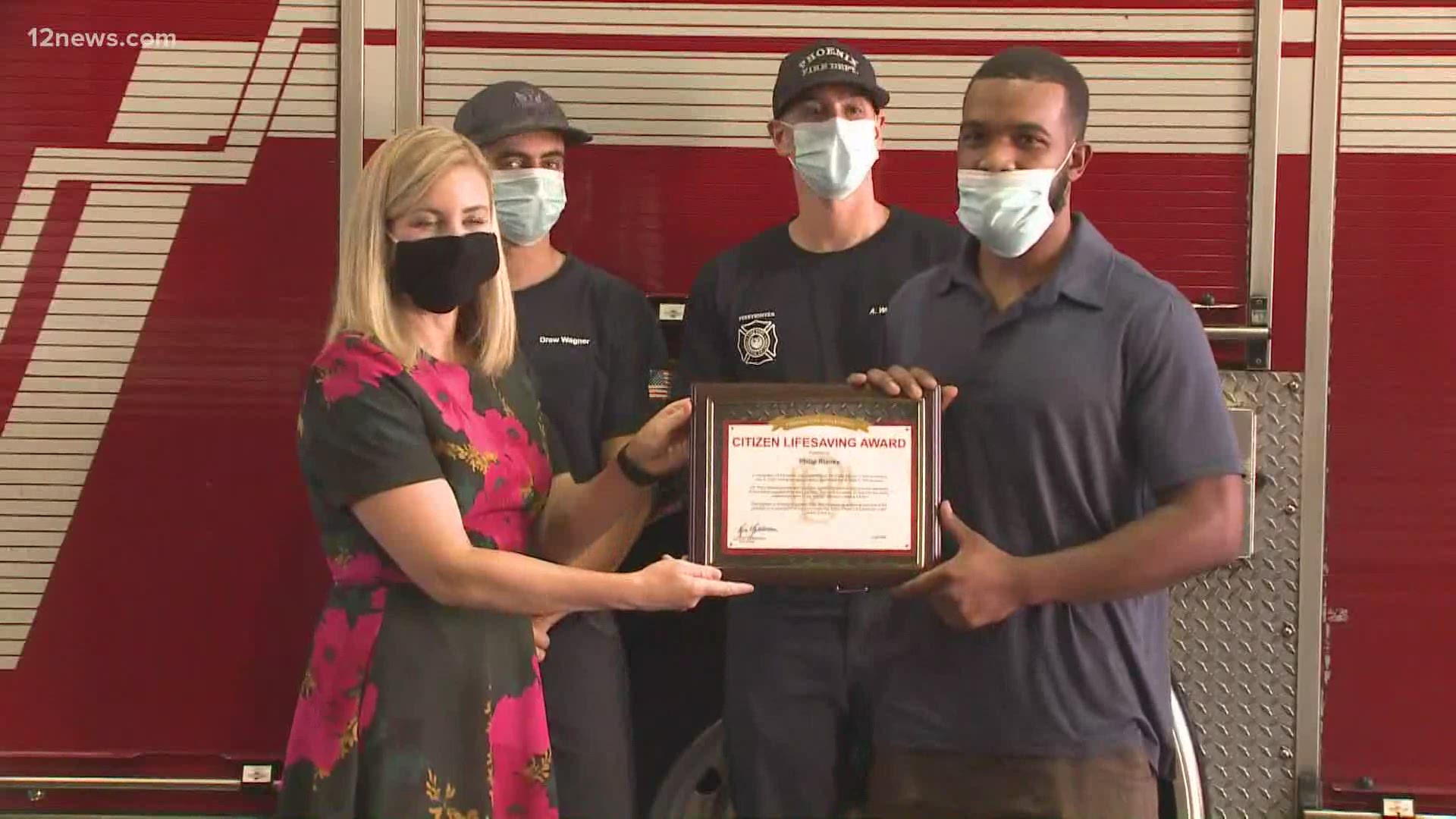 PHOENIX — Phoenix Mayor Kate Gallego and the Phoenix Fire Department honored a Marine on Wednesday who caught a 3-year-old who was falling from a burning apartment.

The Marine, Phillip Blanks, was given an award for his heroic efforts in saving the child's life, the department said.

“I’d seen the building was on fire and like my instinct kicked in immediately. With no hesitation, I just ran to the baby and caught him,” Blanks recalled.

Cellphone video showed Blanks running toward the building, where the third story apartment was engulfed. A woman believed to be the child’s mother desperately dropped him off the third-floor balcony.

The fire broke out at the apartment near 19th and Dunlap avenues earlier this month and a woman was found dead by firefighters.

She was identified as 30-year-old Rachel Long, a mother of two children who were also seriously injured in the fire, police said.