In a matter of seconds, a thief stole a tip jar from an unsuspecting small business, making off with the restaurant employees' cash. Now, the community is rallying. 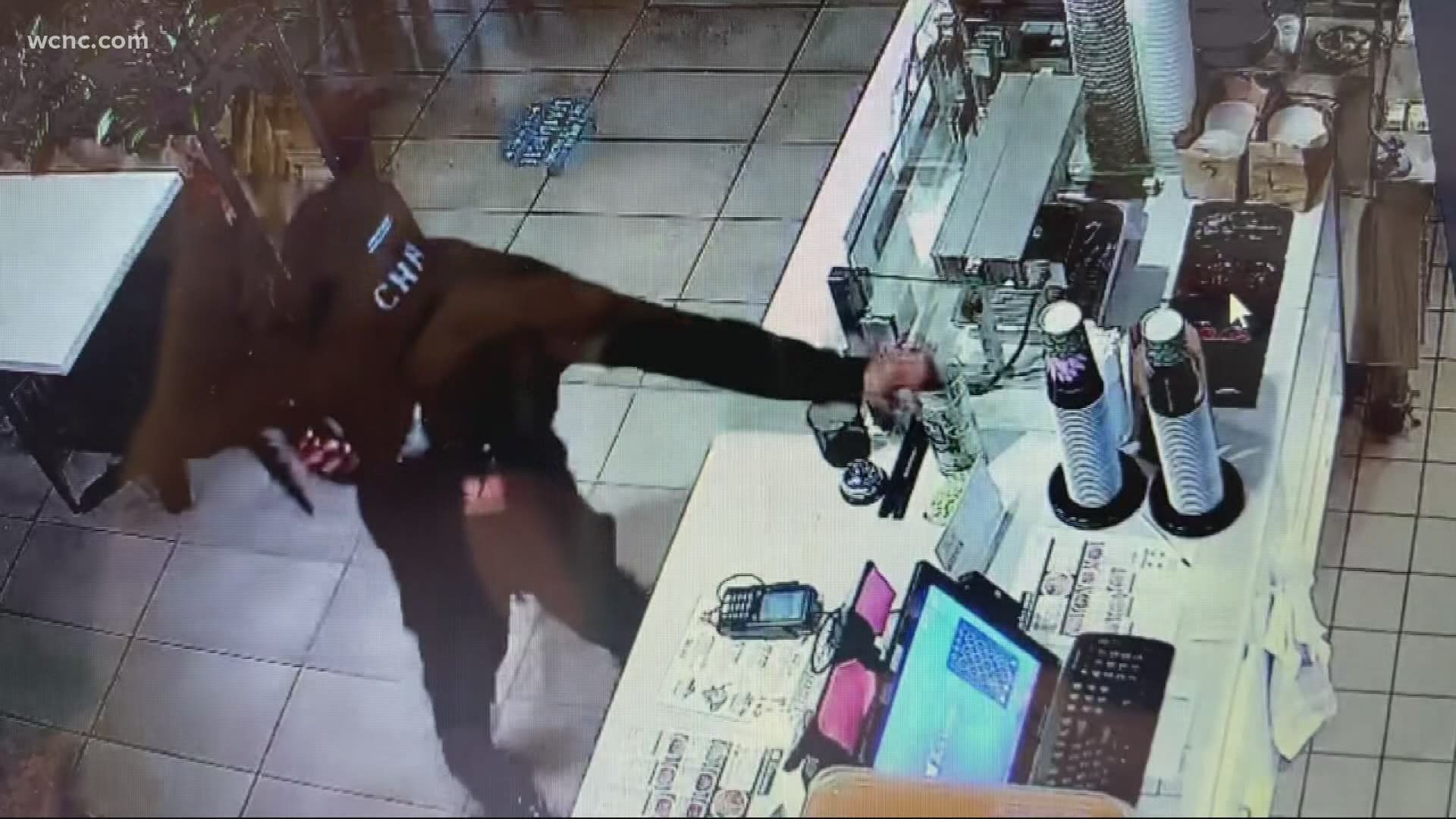 CHARLOTTE, N.C. — Customers and complete strangers are rallying behind the staff at a small Thai food restaurant in Steele Creek after someone stole their tip money.

Detectives with Charlotte-Mecklenburg police are investigating the theft at the Thai Express in Rivergate Shopping Center.

The owner of the restaurant provided WCNC Charlotte with a copy of her surveillance video. 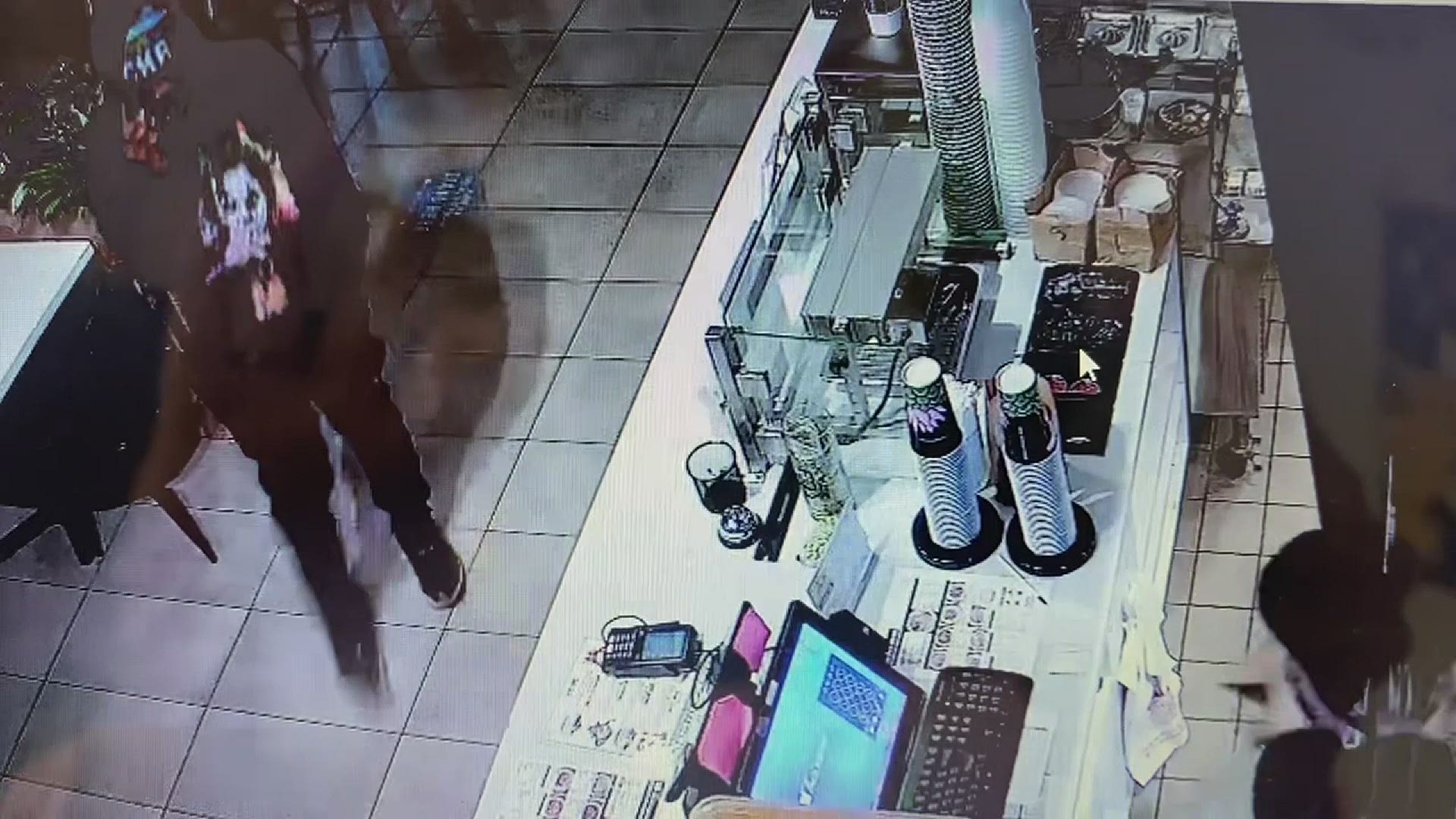 In it, you see a person enter the restaurant wearing a hat with “CHA” on the front, and a shirt with what appears to be The Joker smoking a cigarette. He lingers at the counter for a few seconds, waits until the cashier looks away, and then steals the money.

It takes 16 seconds from the time the thief walks in the front door, until the time he leaves with the tip jar in hand.

Who steals a tip jar? Apparently, this guy. We’ll have more on how fast he got away with the cash, and how the community is stepping up, tonight on @wcnc pic.twitter.com/pNgCJUM7bD

“At first I was pretty embarrassed,” cashier Chris Priester said. “I turned for a split second and then I turned back around and he had already taken it and I didn’t even notice that it was gone.”

About an hour later, Priester said another customer asked to leave a tip, and when she looked for the jar, she noticed it was missing. The owner went back and reviewed the surveillance video and discovered the theft was on camera.

“I didn’t think anything like that would ever happen,” Priester said.

The restaurant, like so many others, has had challenges since the pandemic began. The owner has had to reduce staff; employees said there were many times during the last year that were unsure if they would have a consistent paycheck.

Staff members said they get paid every other week and use the tips to supplement their income between paychecks.

“It’s like that extra little boost to help get you through until you do get paid,” said Philip, who has worked as a cook at the restaurant since it opened.

Priester said it was like being kicked when she was already down.

“All of us are struggling,” she said. “And for someone to just take it, not even think, not even care, it just hurts.”

The restaurant owner shared what happened on a neighborhood social media page and almost immediately, several members of the community issued a call to action. Customers started coming and purchasing food this week to support the restaurant; others, who said they had never patronized the establishment before, started showing up just to drop off tip money to try to replace what was stolen.

Within a day, they made back everything that was stolen, and then some.

“People have been leaving 5s, 10s, 20s -- it’s insane how supportive people are being,” Priester said. “I just want to say thank you to everyone who has been coming in.”

Workers said it was the pick-me-up they needed to remind them there’s more goon in the world than bad.

“To me, it’s been uplifting,” Philip said. “It’s one of those things where it makes you look forward to the next day to come into work.”

Days following the story airing, a couple of people took it a step further. A viewer who wanted to help called the restaurant and donated $500 for the crew. Then a day later, someone else made a $1,000 tip. WCNC Charlotte has been told the staff is elated.