Teen Mows Lawns For Elderly, Disabled, and Veterans For Free

"I've always tried to teach my kids not to chase after a dollar," mother of Richard Hurst, MaryAnn Lang said. 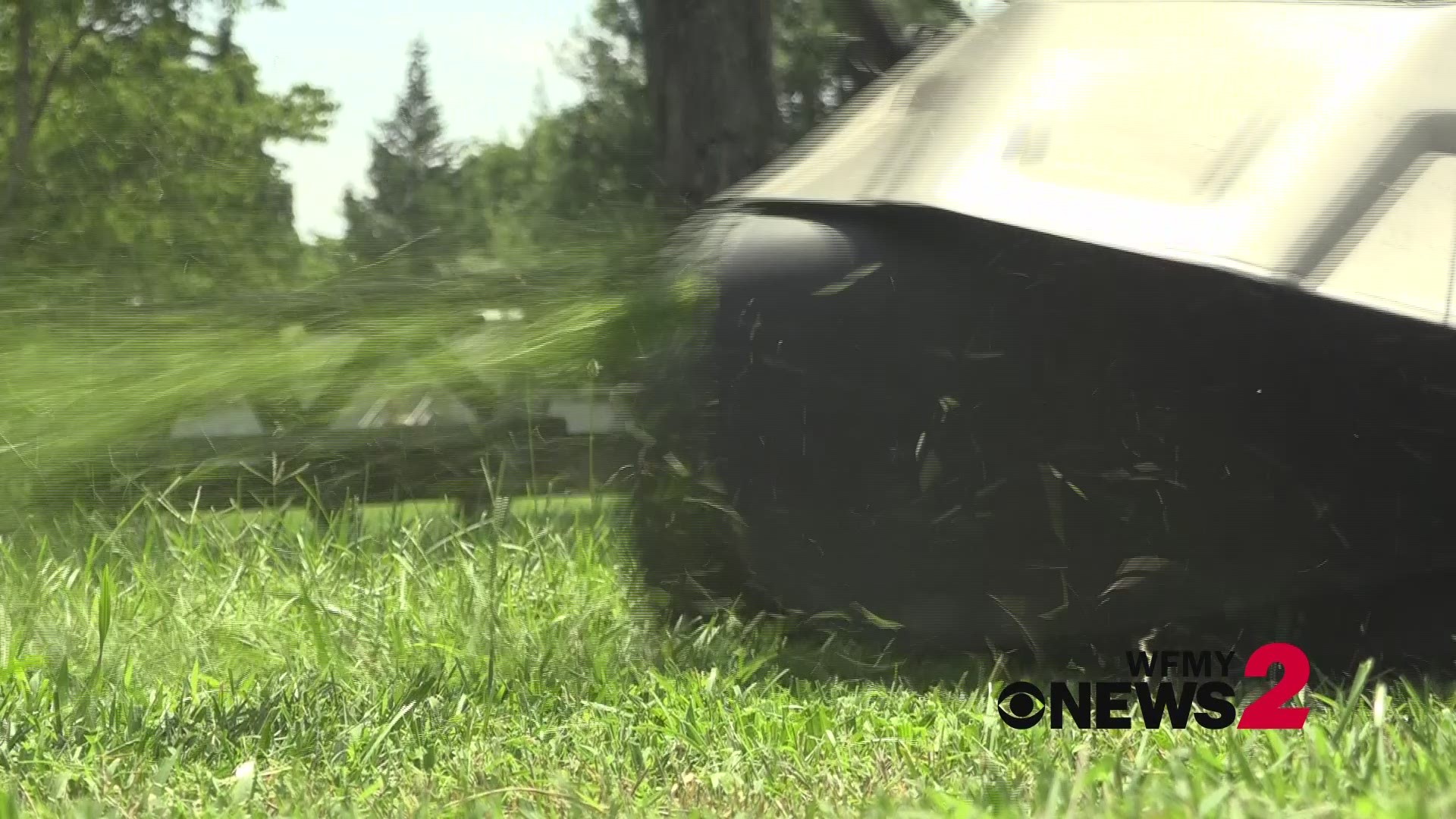 MEBANE, N.C. — It started like many great ideas do - with a way to make some cash.

Richard Hurst is at the age where having a little disposable income feels as liberating as your first bicycle. This summer, the 13 year-old set out to follow in the footsteps of his uncle and step-grandfather's landscaping business, and make some green by cutting grass.

His mother, MaryAnn Lang, was proud of young Richard's budding work ethic, but she also saw an opportunity for a lesson.

"I've always taught my kids not to chase after a dollar," she said, "teaching kids that in this day and age is really difficult but if you can start somewhere, you're helping," the mother of six said.

Before he began his business, Lang sat Richard down for a conversation. Her friend had showed her the website to the 50 Yard Challenge. The organization challenges youth to find 50 people who are "elderly, disabled, single parents, veterans and anyone in need of help in your town" and mow their lawns for free.

For two weeks, Richard has used his step-father, Jeremy Lang's truck to haul the lawnmower around Mebane, NC to cut grass for free. He's closing in on 20 free yards mowed, and the community has begun to take notice.

"It is rare. What more can you give to people who have a need? To take that burden off of them, I think it's a wonderful thing," said Glendel Stephenson, Mebane's Mayor.

RELATED: This 12-Year-Old is Cutting Grass So He Can Pay for College

A family saw MaryAnn's Facebook post about the 50 Yard Challenge, and were so moved by Richard's actions, they marched him to a Lowe's Home Improvement store and purchased him a new mower.

"He's been very fueled by the community's response," said MaryAnn.

"It's not always about what you get, it's what you give," Jeremy said, "he could be doing anything this summer and he's chosen to do this. He's really impressed me."

His generosity now has begun to come full circle. Neighbors who get wind of Richard's kindness often will give him tips surpassing what he normally would charge.

Gary Rudd works maintenance at one of the communities Richard mowed on Friday. When he saw Richard's work and learned his story, he donated for two more yards at Freeman Properties.

"He's welcome here any time," said Rudd, "helping the elderly and taking care of them, I think it's great what [Richard] is doing."

The money first goes to fill up Jeremy's truck, and then into a savings account. He hopes next to buy a weed whacker and a leaf blower. After that, there's just one more big purchase he has in mind.

"I want a car," Richard said, "so that I can drive and cut more lawns when I'm older." Richard's services won't always be free. When he hits his goal, he plans to turn his service into a business and earn money.

But for now, he has thirty more people to serve. It's his small way to maybe change a few negative ideas about the next generation.

"Kids these days just sit in front of a video game. I want to help the community." Richard said.

To witnesses like Rudd, it gives hope he thought the United States had forgotten.

"I think our morals have been slipping," he said, "But that's America. A helping hand."

Other stories to check out:

A teenager started his own mowing business while battling cancer. Then someone tried to scam him

Delta just flew this man to Alaska, Hawaii so he could complete his mission of mowing lawns for military vets in all 50 states

This Man Is Traveling The Country Mowing Lawns For Military Veterans. And He's Doing It For Free