Born the size of a smartphone, now he’s turning 5!

A High Point baby weighed only 15 ounces when he was born four months early in 2016. He was the size of a smartphone. 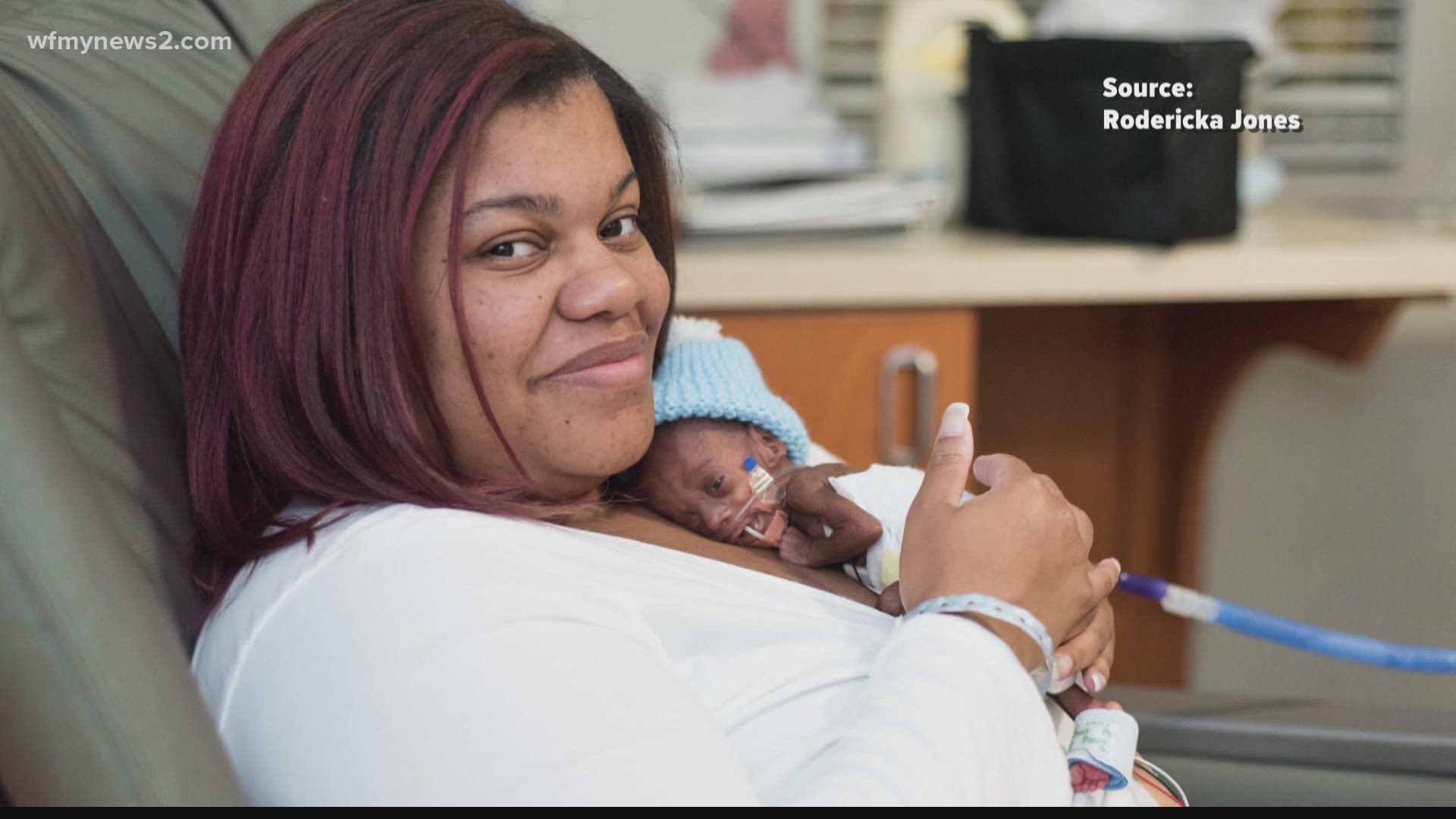 HIGH POINT, N.C. — Amari Jones was barely given a chance to live past his first 24 hours, but five years later, he has defied the odds.

WFMY News 2 first introduced you to Amari back in 2016, when he was eight months old. He was born a micro-preemie, weighing less than a pound.

He was hooked up to breathing tubes, underwent multiple surgeries and spent a total of 120 days in the Forsyth Medical NICU.

Amari turned 5 on Thursday. Mom Rodericka Moore said it's an emotional day, but it's also a celebration.

"We still have to celebrate him and let him know that has to be happy because it's something to be happy about," Moore said. "He came so far."

When WFMY News 2 caught up with Amari in 2018 for his second birthday, the healthy toddler was wild rambunctious and curious, but underweight for his age.

Now, Moore said her son is still small, but don't let his size fool you.

"He has an older brother. He is his older brother's protector. He thinks he is the lion of the kingdom," Moore said. "He cannot tell he is the smallest person in the room."

Moore said Amari is her sidekick, he's a party king and the most loving, energetic child she's ever met.