The tree, also known as Callery pear, has become an invasive nuisance across the Southeast. SC will become only the second state to ban it from nurseries. 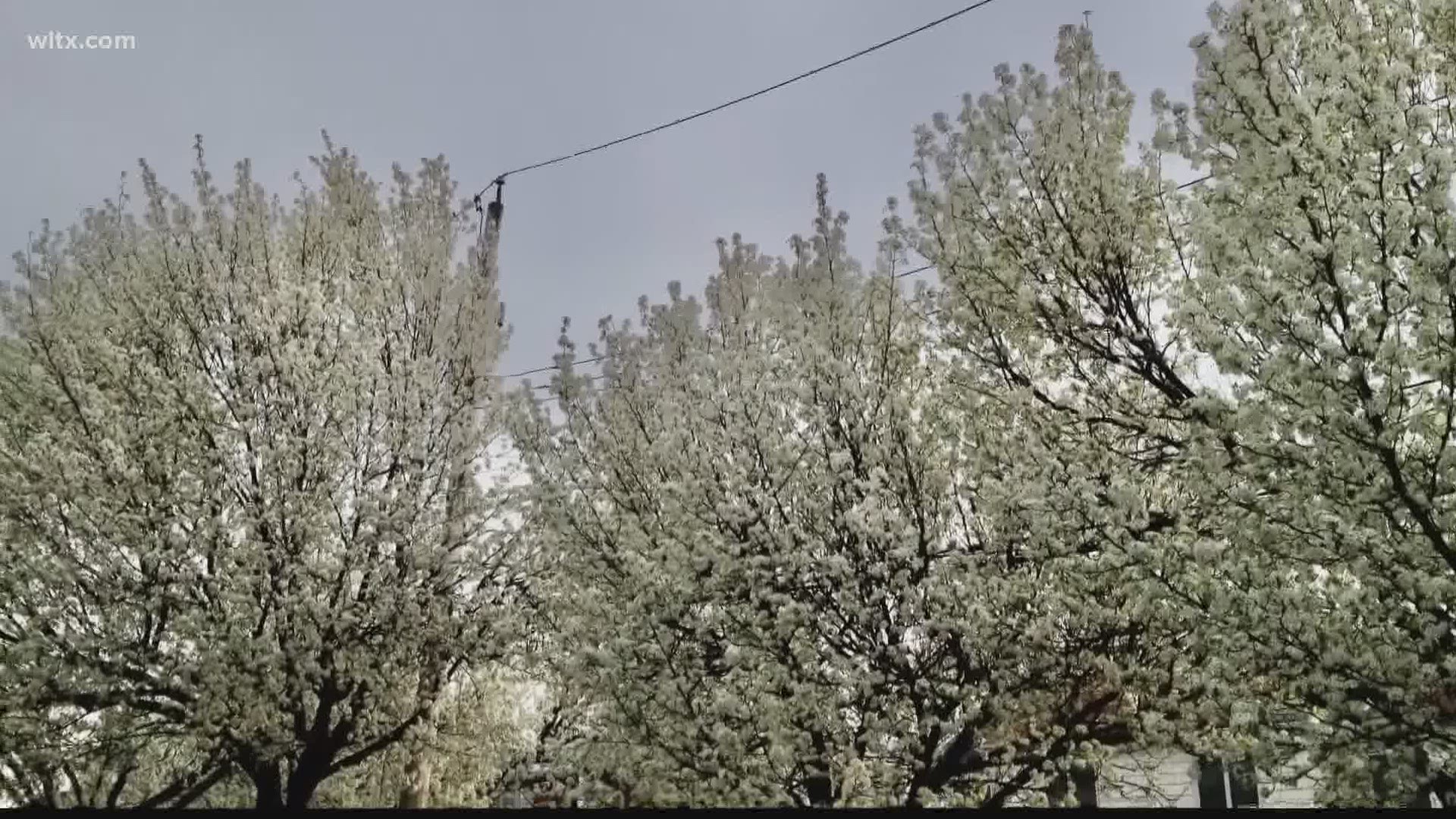 COLUMBIA, S.C. — An unassuming - but infamous - tree found in landscapes across South Carolina and elsewhere will soon be banned for sale in the state.

Clemson reports that the Palmetto State will become only the second one in the country to ban the nursery sale of Bradford Pear - along with any other pear trees grown on the Pyrus calleryana rootstock.

The tree became popular at one point because they were believed to be sterile. However, it was found that, if the pollen from any other Pyrus species got into the flowers, the tree could produce viable seeds that would then be eaten by animals and spread across the Southeast.

The result, Clemson reports, is one of the worst invasive plant species in the region. The pear tree not only has thorns capable of harming livestock and damaging tires, but they also crowd out native plant species while also providing little or no food for insects.

“I think the impacts of it as it gets out into the natural landscape are pretty evident,” said David Coyle, assistant professor of Forest Health and Invasive Species at Clemson. “Frankly, there are a lot better things that people could put in their yards; there are a lot of good natives they should probably plant instead.”

In fact, the tree is so bad that the Clemson Cooperative Extension, earlier this year, began offering a "bounty" to help get rid of the trees in one area.

Adding the invasive pear tree to the State Plant Pest List is a first step to slowing its continued spread in the South - but not one that will solve the problem overnight.

The ban on sales will begin in South Carolina on Oct. 1, 2024 - the annual nursery licensing renewal date in South Carolina. The roughly three-year period will give nurseries time to adjust to the new requirements.

However, even after this, it won't be illegal to possess the plants but, rather, just to sell or trade them. Residents will also be able to keep what they currently have.

Meanwhile, getting the tree listed as a pest was a tricky prospect. The South Carolina State Plant Regulatory official and chairman of the South Carolina Invasive Species Advisory Committee, Steven Long, explained that the fact that it's an actively sold product made things more difficult.

“When you’re going to take a plant out of the trade, that’s different than just listing an invasive weed,” Long said. “Listing weeds can give us some abilities to regulate invasive species on private properties, do chemical treatments and things like that. But to list something that is actively sold takes a little bit more effort and due diligence."

Currently, only one other state is ahead of South Carolina in slowing the spread of the tree on the business front. Ohio passed regulations banning the sale in 2018 with a five-year grandfathering period. That means their ban will officially go into effect on Jan. 1, 2023.