Gardening is one way to honor Earth Day

We asked gardeners what they love about the outdoors and share how gardening can help fight the effects of climate change. 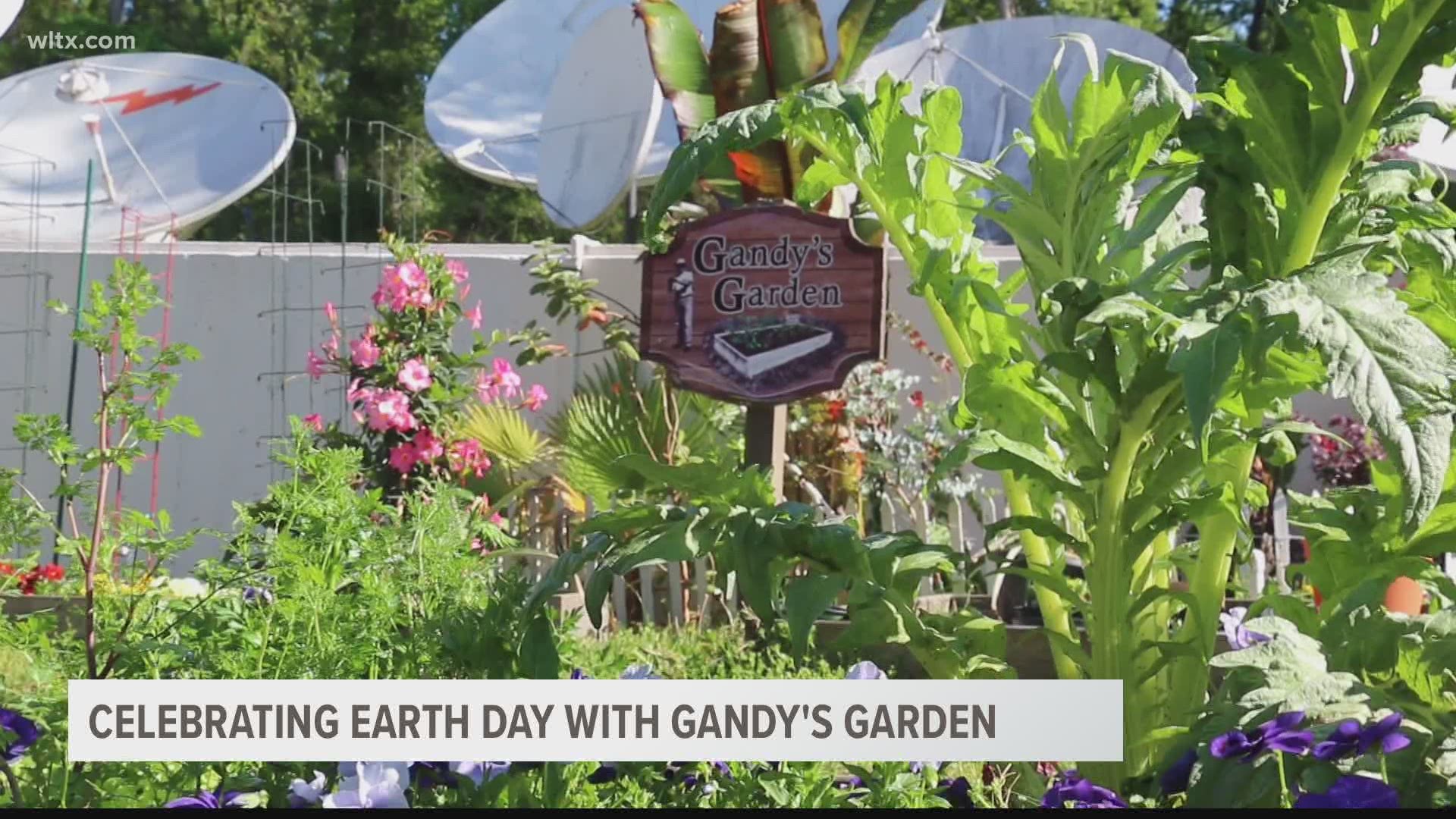 COLUMBIA, S.C. — April 22 is Earth Day, an internationally observed effort that demonstrates support for environmental protection. To celebrate the 50th Earth Day in 2020, WLTX launched a new Facebook group called WLTX Gandy's Gardeners and as of April 2021, there are more than 1,300 members.

Gardening is more than a hobby, it's an opportunity to appreciate food and understand the role it has in climate change.

This week, the World Meteorological Organization released their annual State of the Climate, which summarizes the most impactful environmental concerns from 2020. Last year was one of the three warmest on record. Every decade since the 1980s has been the warmest on human record and the past six years are the hottest on record for our planet. The full report -- detailing the impact climate change is having on our oceans and our food systems -- can be accessed HERE.

April is such an exciting time for gardening. The plants I started from seed in March are going in the ground & the winter plants are still producing. Can't wait to share what's next! #Garden #GandysGarden #Nature
READ MORE: https://t.co/zgsvzDWKhd pic.twitter.com/055dZTHYZv

The garden at WLTX has been a place to educate about climate change and share tasty food tips. The Gandy's Garden project began with our, now retired, chief meteorologist Jim Gandy in 2014.

At the time, California was in a “mega drought”, experiencing its driest four-year stretch on record. More than one-third of the vegetables grown in the United States come from California farms as well as a majority of the country’s fruits and nuts. The drought's effects were felt across the country and research shows climate change may make future drought conditions worse in California. Weather is expected to become a more unpredictable variable for farmers across the world.

Food insecurity is also anticipated to become more common in the future. According to the Food and Agriculture Organization of the United Nations (FAO), the number of people experiencing food insecurity has been climbing since 2014. In 2019, more than 9% of the world population was determined to be "food insecure." The figure is defined by the organization as an "estimate of the percentage of a country’s population that faces difficulties in accessing enough safe and nutritious food for normal growth and development and an active and healthy life." This is a swing in the wrong direction after decades of improvements in food availability. The organization says economic instability and climate change are to blame.

New research indicates a strong correlation between our global food system and our changing climate. Large-scale food production requires a lot of energy, which exacerbates climate change. Meanwhile, changes in climate could impact food production in unpredictable ways. A recent study from FAO found one-third of all human greenhouse gas emissions come from food systems. Meat production requires so much energy that it's responsible for 14.5% of all human greenhouse gas emissions into the atmosphere each year.

Home gardening promotes healthier eating, and a better relationship with food. You can join our Facebook group, WLTX Gandy's Gardeners, and share your garden photos, videos, and questions or expertise with other gardeners across the Midlands of South Carolina.