Gandy's Garden: Tasty produce you can grow in January

The winter garden is in full swing at WLTX. This year we're not protecting the plants from the cold. Here's which plants are proving to be the most cold tolerant. 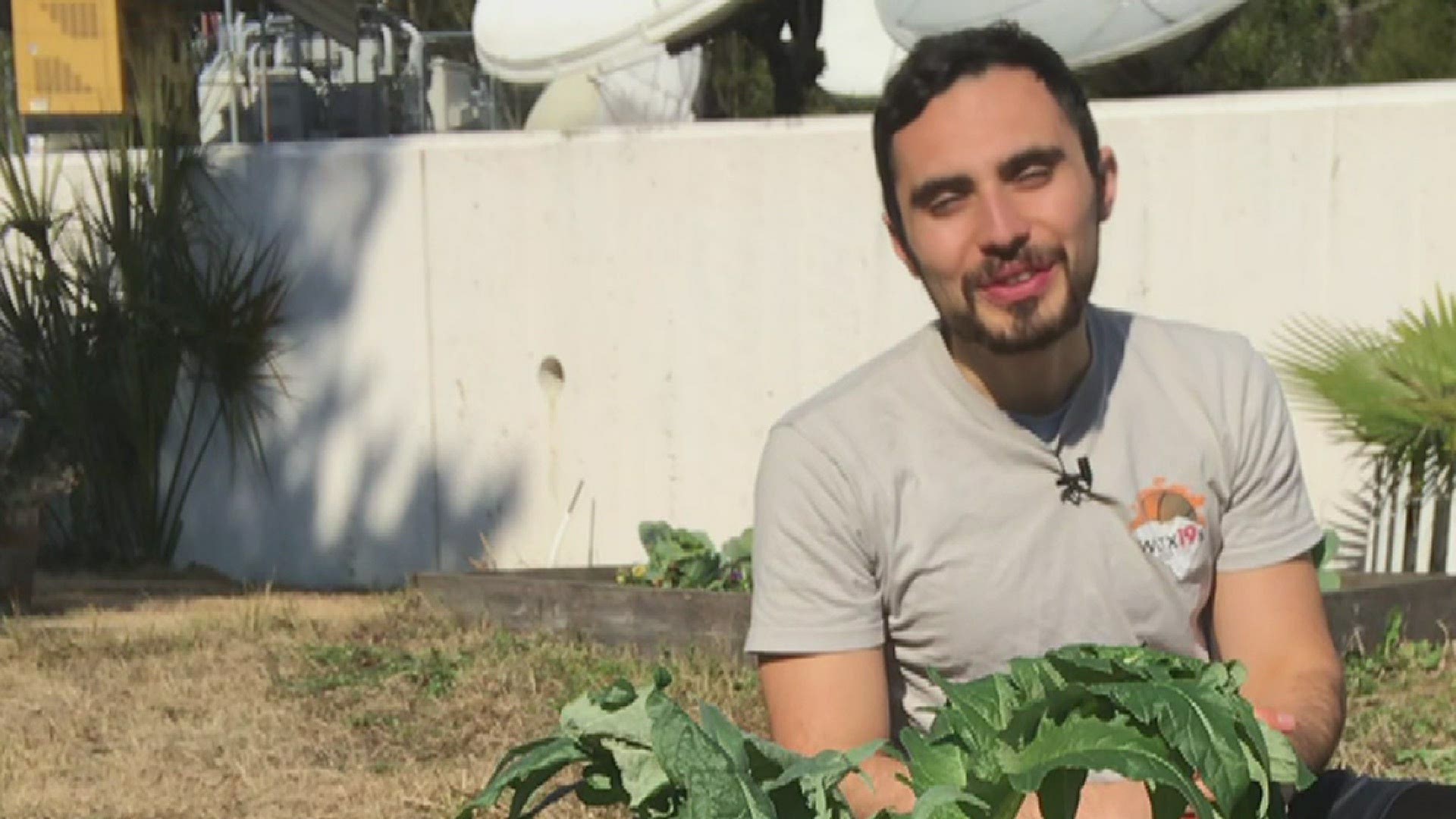 COLUMBIA, SC — I've been so busy in the garden the past few months, and I think I earned a little break. I still want to see plants, though. That's where the winter garden comes in!

Unlike the summertime, there's no need to worry about watering, bugs, weeding or fertilizing this time of the year. Talk about a relief! The only variable in the winter garden is extreme cold, and that affects some plants more than others.

I decided this year I'm not going to cover my beautiful greens with a frost cloth so I can see which plants are the most cold tolerant and ultimately the lowest maintenance. I've made some interesting observations that will help any gardener extend their growing season with little effort!

On gloomy winter days like today, I rely on the garden to make me feel good! This bed has lettuce, parsley, cilantro, cauliflower, cardoon, and pansies.
They love this weather and are ZERO maintenance. No weeds, no watering, no bugs. Just tasty food 😋#garden #GandysGarden pic.twitter.com/TvihWtJSyi

The winter garden after 25F

Some lettuce varieties are unreliable when temperatures drop below 25F. Romaine seems to be particularly sensitive. These plants began to show signs of damage at 25 degrees and at 20 degrees, I lost about 70% of the romaine lettuce. Cauliflower and broccoli plants survived temperatures down to 25F, but the budding florets were destroyed at these temperatures. Last year I covered the lettuce and cauliflower with frost cloths at 25 degrees and there was no damage.

The lettuce and cauliflower plants in milder parts of the yard survived 20F (our coldest morning so far this winter) without protection. Bibb lettuce had no damage even in the cold parts of my yard. That was a really pleasant surprise! Some of the fancy leaf lettuce varieties (I was not given a cultivar name) also survived our coldest morning without any problem. There are some varieties of lettuce that are reportedly reliable down to 10F temperatures. That should give a lot of gardeners up north (and here in the south) some hope!

The winter garden after 20F

Cauliflower and broccoli plants received a lot of damage during our coldest morning of the winter so far which was officially 20F in Columbia, SC. A few of my broccoli and cauliflower plants survived the deep freeze, but most appear to be a total loss.

I'm happy to report many plants survived our coldest morning so far this winter without any issues. Kale, cabbage, pansies, arugula, and cardoon suffered no foliage burn. Parsley and cilantro had a little cosmetic damage, but suffered no major issues. My parents' parsley plants in New York City are still green in January too, and that's after 6 inches of snow and 19F. I have no worries about those in South Carolina! The lettuce varieties I mentioned above like the bibb, fancy leaf, and a few lucky romaine plants managed very well through this hard freeze.

The good & bad in the January garden

Seeds that germinate outside in the winter

Winter is a great time to sow seeds in the ground for the early spring garden. I replaced the cauliflower with new seeds and they're already sprouting despite temperatures in the 50s during the day with nights in the 30s. I planted kohlrabi and broccoli rabe seeds with the cauliflower and had successful germination on those as well. I started arugula seeds in November and now I have leaves to pick for my January salads! I sowed spinach and lettuce seeds on my porch in early January and an expecting those to be ready for picking in March.  My arugula seeds sprouted beautifully and after 2 months are ready to be picked. I started snow peas from seed in the fall. The plants germinated but haven't grown much in recent weeks. They appear to be dormant right now, but were completely unharmed by the 20F weather.