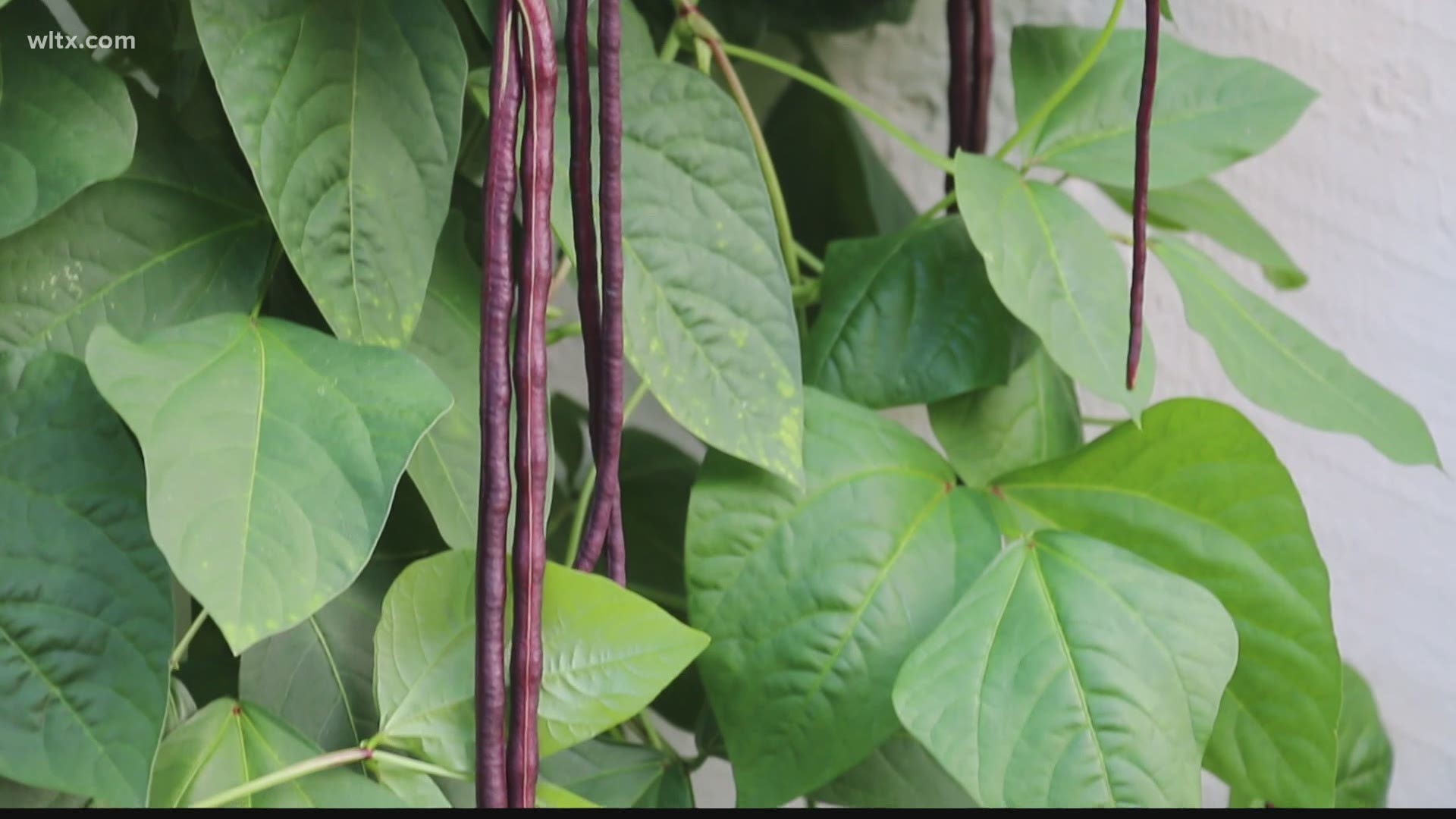 COLUMBIA, S.C. — Mid-July is, on average, the hottest part of the summer in South Carolina, and this time of the year, many plants struggle from heat, bugs, and fungus. Tough conditions are where Yardlong Beans thrive. These tall vines are a great option for gardens in the South.

RELATED: How to pick the sweetest watermelon

The Yardlong Beans in Gandy’s Garden were planted from seed in April. First, the seeds were presoaked overnight, then sown in small seedling starter pots until the seedlings were large enough to be transplanted in the ground. The plants are growing underneath sturdy poles next to the lawn in only slightly amended soil.

Our Yardlong Beans grew slowly through spring, but when high temperatures regularly reached into the 90s and overnight lows stayed in the 70s, these vines took off quickly and began to flower. The first harvest in our garden at WLTX was in mid-July, about 3 months after the seeds were started. I particularly love the purple pods on the variety we’re growing. The purple looks beautiful against our white wall and is easier to find and pick than the green pods.

These vines climb by twining which makes them great for poles or a very tall trellis. They can easily reach over 10 feet tall. The pods are ready to pick when they’re about the width of a pencil and about a foot or foot in a half in length. Typically, two pods grow together suspended by a long stem known as an inflorescence. When picking the pods, be careful not to pick off the edge of the stem they’re growing on. New flowers will sometimes sprout on the end of those stems producing another round of pods.

The tasty soft seed pods make this heat-loving plant as easy to grow as it is to chop up and eat. The beans do not need to be taken out of the pod when cooking. When cooked long enough, the pods are soft and bring a very mild flavor to a dish. This works great in rice or stir-fries.