July in Gandy's Garden at WLTX

July is, on average, the hottest month of the year in South Carolina. It's difficult for gardeners and plants alike. Here's how things look in our garden at WLTX. 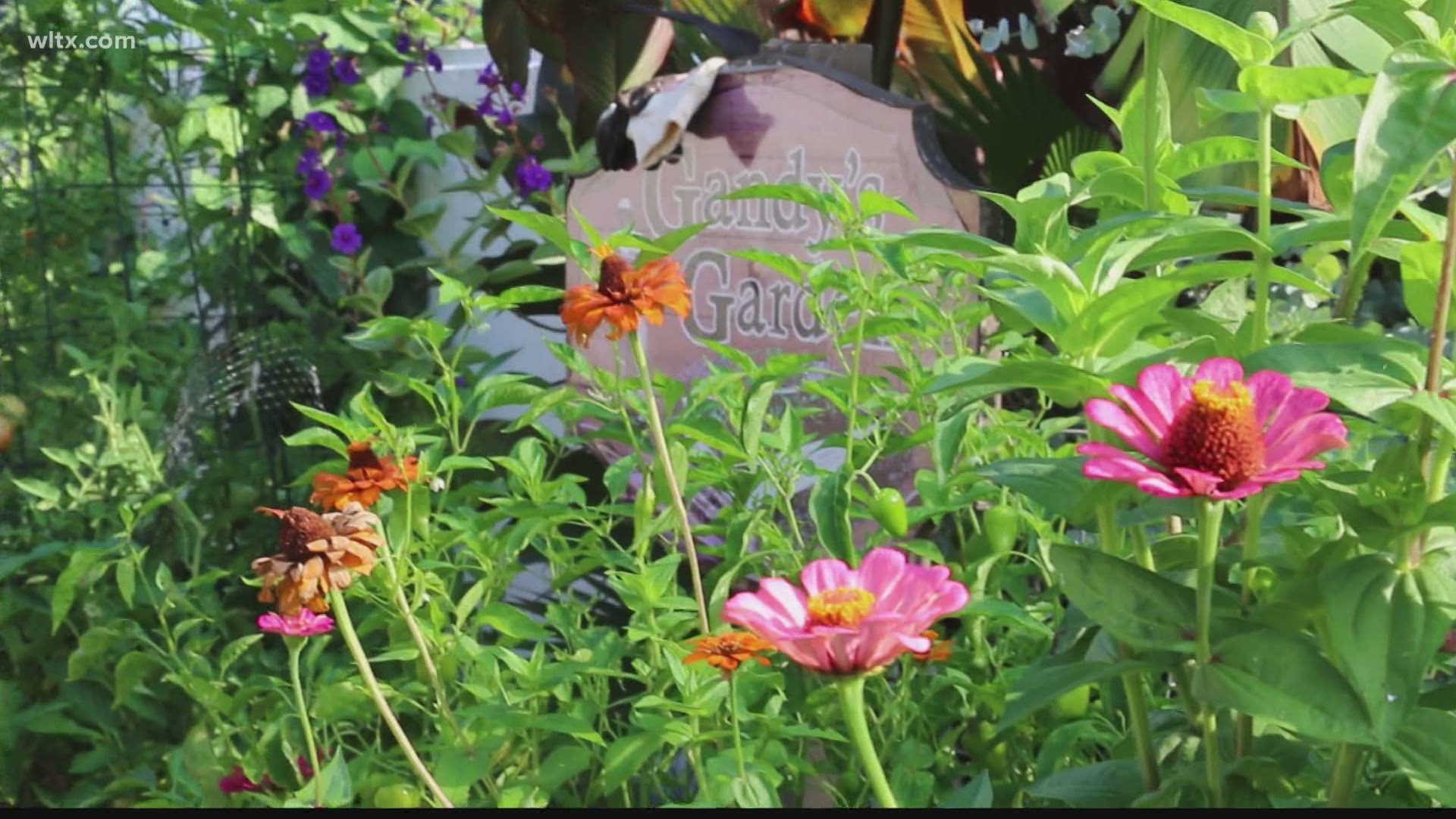 COLUMBIA, S.C. — July is the hottest month out of the year in South Carolina on average which is a challenge for many plants most of the country associate with summer. Temperatures in July 2021 haven’t reached extreme heat because of the frequent rain, which has overall been a huge help for the garden.

One of the most exciting summer plants in our garden are yardlong beans. They’re most productive now than they’ve ever been, and that can't be said for many plants. These beans are native to the tropics and require heat to do well. This makes them a perfect fit for South Carolina.

Pomegranate isn’t a common tree in South Carolina, but it’s well suited for the climate. This is the second summer for the Pomegranate in Gandy’s Garden and it has several fruit. The tree struggled to fruit (possibly due to pollination issues), but after hand pollinating, we managed to get a few fruit. This tree loves summer heat and is very tolerant of drought conditions. Pomegranate produce red, tubular blooms in mid spring and produce fruit through the summertime. The tree loses its leaves in the winter and goes dormant.

South Carolina produces more peaches than any other state in the south (yes, more than Georgia!),  but the tree in Gandy’s Garden has been picky. Flower buds this past spring were very limited. Most of the branches on the trees went right into leaf production instead, possibly because there weren’t enough cool days this winter for bud development. The few blooms that showed up on the peach tree grew fruit and the fruit were growing well until the recent torrential rain in July. The rain forced the fruit to start cracking and splitting. We picked off the peaches a little early and are waiting for them to ripen.

Tomatoes are a common summer plant that faces a lot of hurdles in South Carolina during the summer. Warm night temperatures make it difficult for these plants to successfully produce fruit and pests like leaf footed bugs sip on fruit and leave discolored spots. This summer has been wet and it's lacked extreme heat which has been great news for the tomatoes. They aren’t producing heavily, but they’re growing fast. Parks Whopper Improved is the most vigorous variety in the garden. Right now it stands about 7 feet tall.

It’s only July and my tomato plant is already topping 7 feet tall!! pic.twitter.com/pH1ea10pe3

Zucchini often struggle with powdery mildew and squash borers this time of the year, but zucchino rampicante, an Italian heirloom, has proven to be the exception. It's productive and the vines and fruit are huge. Unfortunately, blossom end rot is hard to avoid. It's caused by calcium deficiencies in the plant - which happens when the rain is irregular.

The watermelon plants growing in the ground have struggled with blossom end rot because of the irregular rainfall in the Midlands, but the dwarf sugar baby watermelons growing in the raised beds are doing well. They should be ready to pick before the end of the month and there’s still time to plant more of these watermelon seeds to get another harvest in early Fall before the heat of the summer is over.

1 / 15
WLTX
Hedychium Vanilla Ice with Black and Blue Salvia, and Colocasia. These all overwinter outside in the SC Midlands.

Late summer is sometimes called the “second summer” in the south. Temperatures cool down to more acceptable levels for summer plants to thrive in the months of August – October. It’s only a 3 month stretch of milder weather before chilly weather arrives, but that’s long enough for produce from warm weather plants that can mature quickly.